'It was devastating. I just broke down': Vincent Jackson's friend honors his legacy

As a board member of Jackson's foundation and a military spouse, Ari Hargrave is dedicated to remembering her friend by supporting military families. 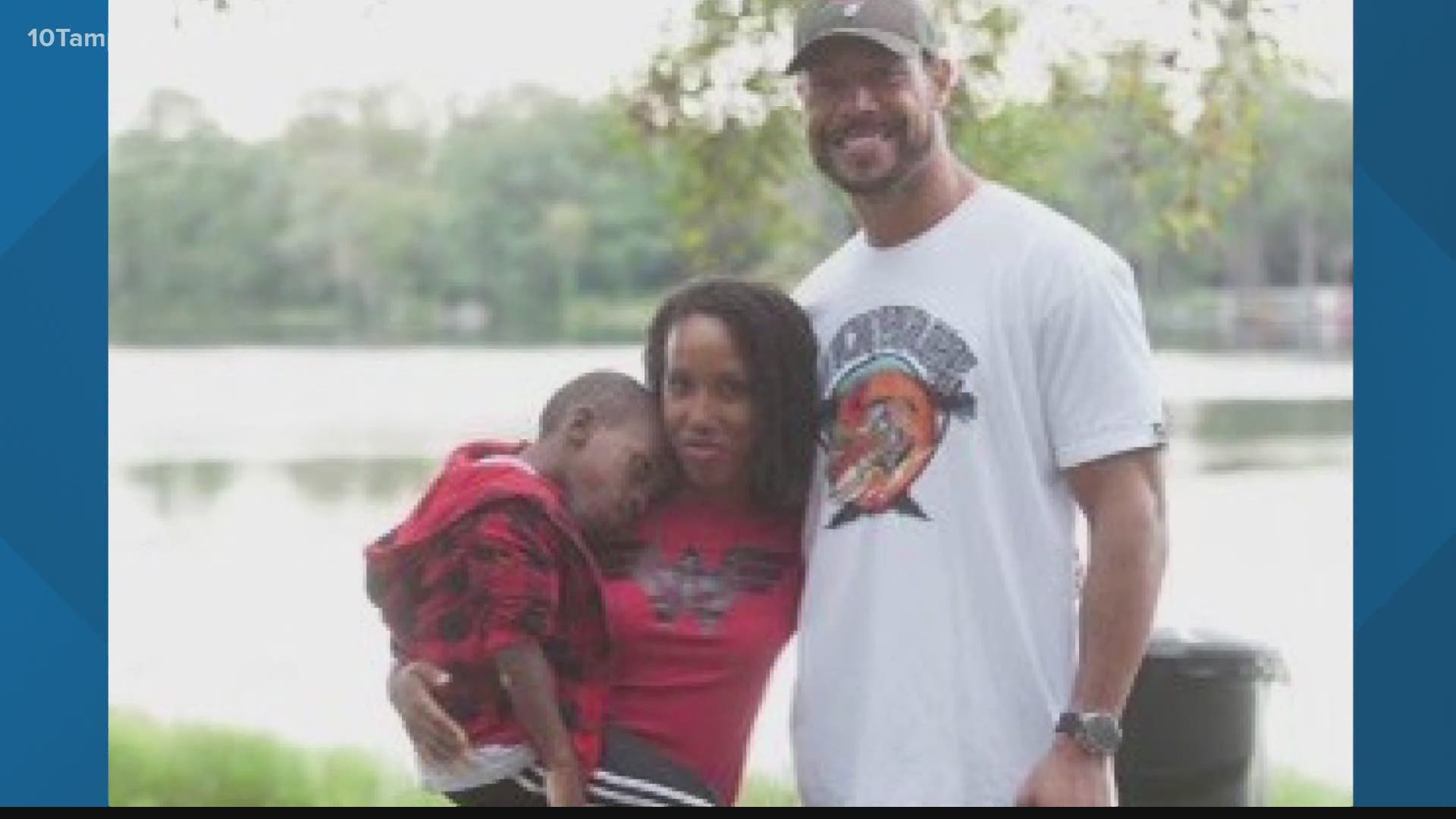 As the word about Jackson's death got around Monday, people all across Tampa Bay expressed their sadness over the loss of a man who didn't just shine on the football field but also brought positivity to the lives of countless military families around Tampa Bay.

Ari Hargrave, a military spouse knows that firsthand. She shared with 10 Tampa Bay the first time she attended an event put on by the Jackson in Action 83 Foundation in 2014. Her husband was recently deployed, and she was eager to find children in the same boat as her young son.

"I was so grateful for the opportunity and what it meant to us and to see the smile on my son’s face and experiencing such a unique outing," said Hargrave.

She was so inspired by the experience and found Jackson and his wife to be so uplifting, she immediately offered to volunteer with the organization. She's currently serving on the Board of the Jackson in Action 83 Foundation.

Hargrave fought back tears as she described the moment she found out about her friend's death.

"It was a shock. It was devastating. I just broke down. I broke down and cried. It was unbelievable. The shock just took me a while to process it. Even now when I think about it. It’s just so sudden. So sudden. Such a great loss. It’s a big loss. He was an amazing person," she said.

Despite her sadness, Hargrave was inspired by her son, Jamari, now 14-years-old who was able to draw on positive memories and joyous times he spent with Jackson, especially while his own father was deployed.

"Vincent was just so welcoming. If you met him, you literally felt like you knew him, like you had a friend in him," said Hargrave who ensured she and others with the foundation will honor him by continuing the efforts to support military families around Tampa Bay.

A statement from the Jackson in Action 83 Family on our beloved @VincentTJackson... pic.twitter.com/QpmlC1XYcT