According to a post to the Culpeper County Sheriff’s Office Facebook page, it’s being moved to an unincorporated part of the county. 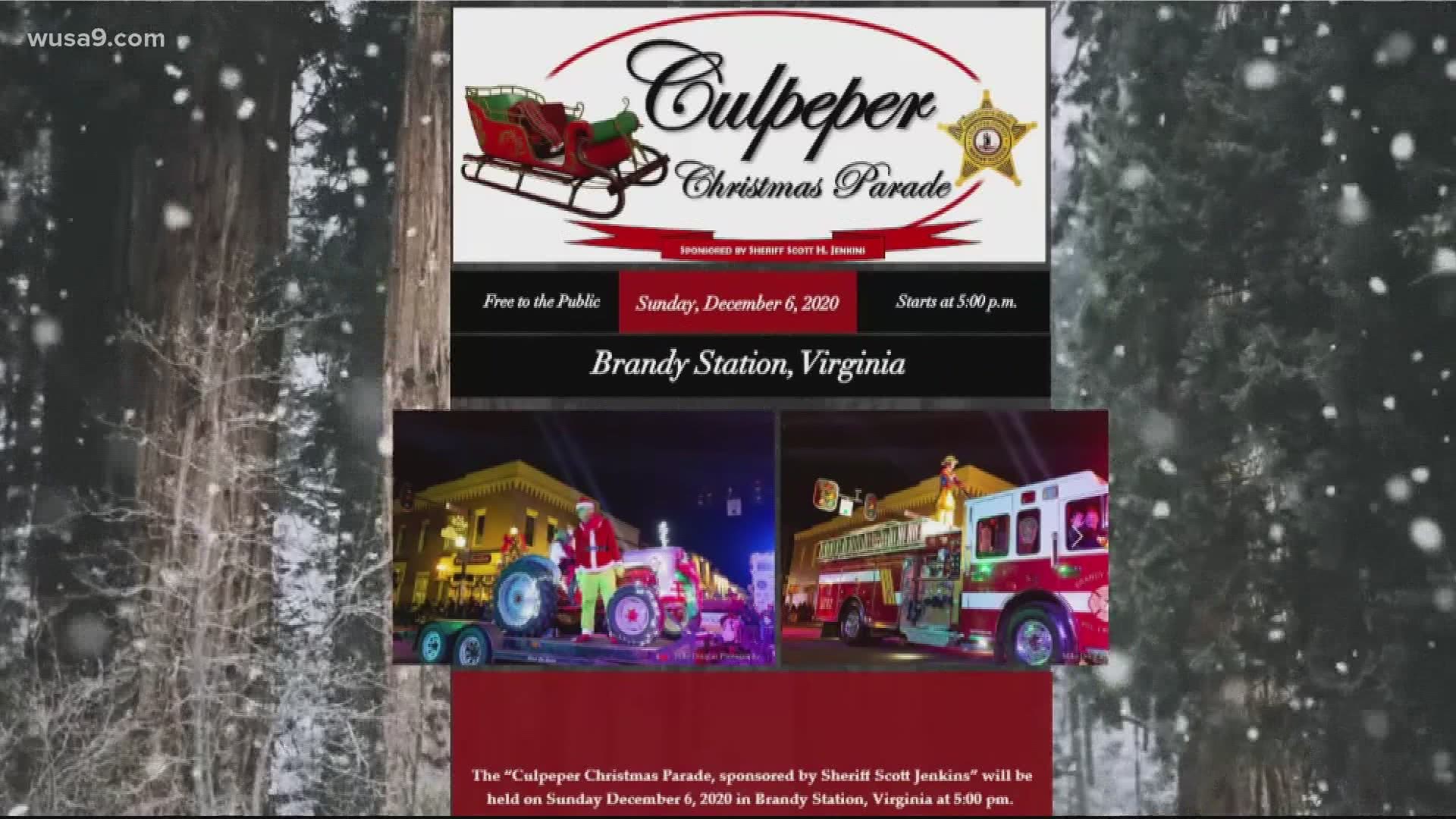 CULPEPER COUNTY, Va. — The Culpeper County Sheriff announced he is moving forward with his plans to host ‘The Culpeper Christmas Parade’.

In the announcement made on the Culpeper County Sheriff’s Office Facebook page, it said the parade would still go on despite the need to move it out of Culpeper town limits due to Virginia Dept. of Health restrictions and "continued resistance by some within the Town Council."

The post said the parade will be held on Sunday, December 6 in Brandy Station, about six miles from Culpeper in the unincorporated part of the county.

According to the Virginia Dept. of Health, social gatherings should be limited to 250 people. A spokesperson for VDH said that applies throughout the Commonwealth of Virginia.

“I think it’s irresponsible, especially from an elected official in this county,” a Culpeper Co. resident who wished to remain anonymous said. “My biggest fear is knowing in the past it’s drawn a couple hundred people just to the parade that it could become a super spreader event in Culpeper. Which is something we don’t need.”

According to Rappahannock-Rapidan Health District Director Dr. Wade Karchner, VDH had been working with parade organizers up until the end of October.

“We've been meeting with the organizers of the parade on a regular basis,” Karchner said in a statement. “The last communication with them was on October 26. We went over the Executive Order restrictions and requirements and the organizers decided to go in a different direction than holding the event in downtown Culpeper. More discussions will be had for alternative venues and plans.”

VDH did not immediately respond to WUSA9’s inquiry of if VDH had been updated on the CCSO’s parade plans.

Fredericksburg and Warrenton announced plans to have reverse parades. Where the public will drive by floats that are parked in place in an effort to prevent the spread of COVID-19.