Can I take a ballot selfie? And what's OK to wear when voting 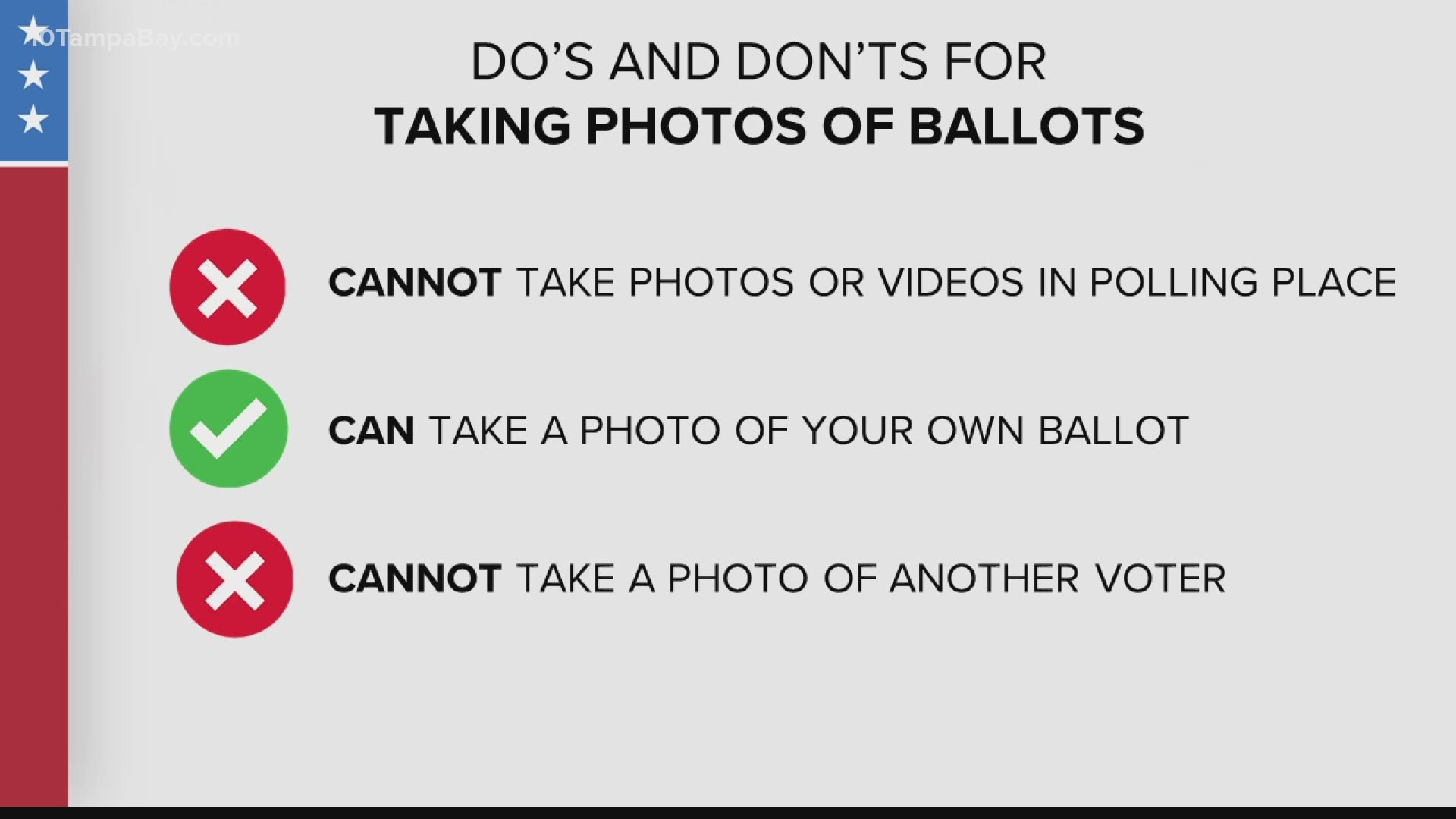 TAMPA, Fla. — States are not uniform in what you’re allowed to wear to the polls or what you can do inside.

In Florida, the “ballot selfie” tends to be a no-no.

The statute is clear that there is no photography allowed in a polling place. It does allow for a voter to take a picture of his or her own ballot, but you cannot take a photo of another voter or their ballot.

What’s not clear is what you can do with the photo of your own ballot.

“The statute does not go ahead and give a clear mandate as to the use of that photograph for the voter. It’s not entirely clear,” attorney Charles Gallagher said.

He says to ensure that you are not in violation of state law, it’s best to stick with the traditional "I voted" post.

“Your best bet is to go ahead and take a picture if you want to take a selfie, is to take a picture of yourself outside the polling place with your “I voted” sticker and post away,” he said.

Pasco County Supervisor of Elections Brian Corley says he doesn’t even like the term “ballot selfie.” He says while voters can take a picture of their ballot, they discourage voters from taking pictures of themselves holding the ballot inside of a voting site.

“The intent of the law was to take a picture of your ballot and only your ballot,” Corley said.

“By taking a traditional selfie, there could be someone behind you, talking to one of our poll workers, holding up their ballot to get directions and it could show how someone else voted.  And that’s illegal."

As for what you can wear to vote?  “It’s pretty much wide open,” Corley said.

According to the Florida Division of Elections Polling Place Procedures Manual, “voters may wear campaign buttons, shirts, hats or other paraphernalia” as long as they are there to vote. You cannot loiter.

There’s a 150-foot perimeter around the polling place known as the no-solicitation zone. Within that area, you cannot solicit. That means you cannot ask someone for their vote, their opinion, a contribution, to sign a petition or hand out any campaign material or sell any type of item.

“You can wear whatever you want. If you’re a candidate of course and you have a shirt that says 'Vote for X, Y or Z,' you can wear that while you come into vote and then immediately have to go back behind the no-solicitation zone,” Corley said.

Poll workers under the direction of the Supervisor of Elections are tasked with maintaining order at the polls. They also must remain nonpartisan within a polling location.