Water contamination forces families out of their homes

After ongoing problems with water contamination on-site, a judge ordered the park to be shut down. 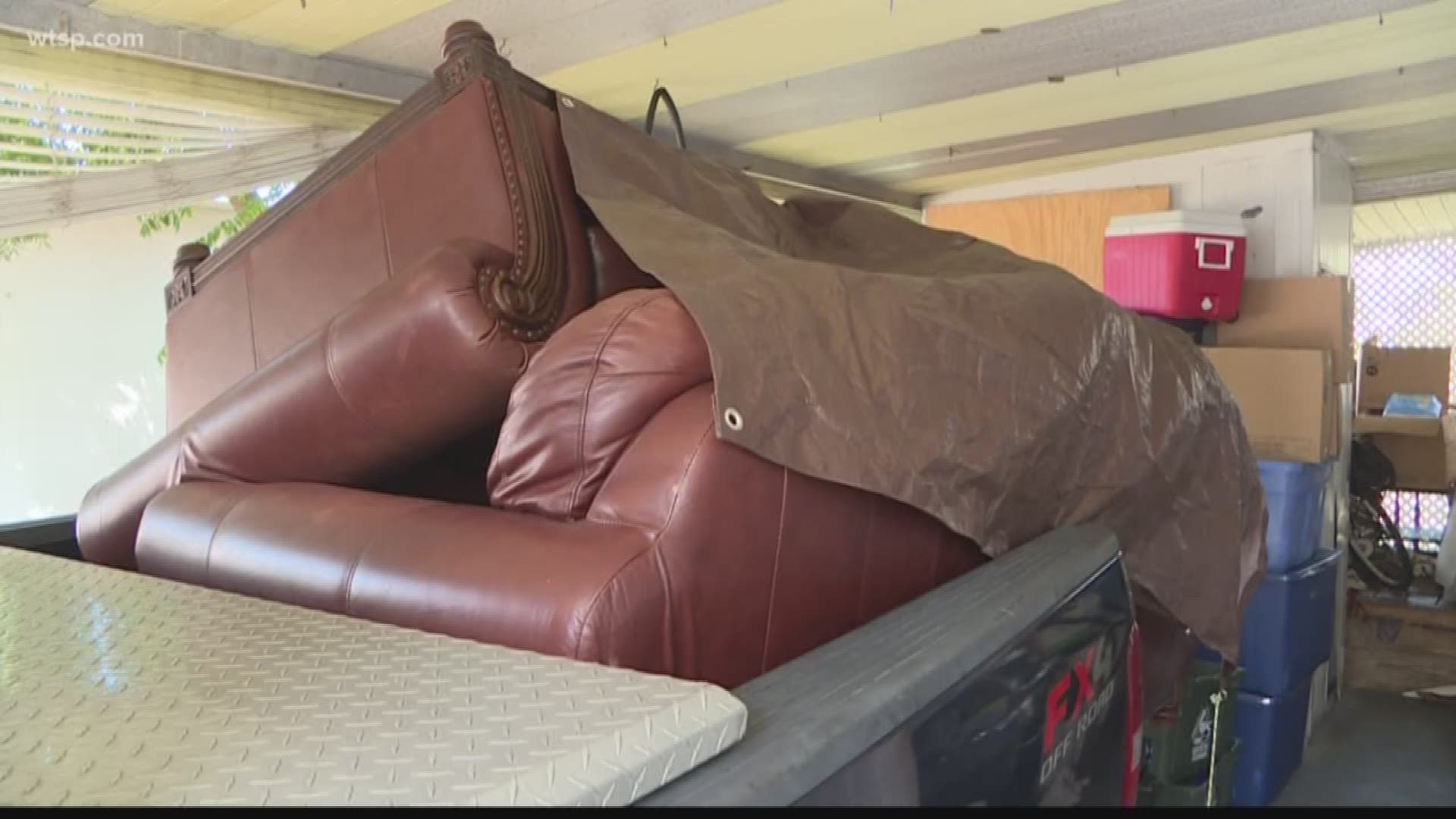 CLEARWATER, Fla. — They have just a little more than two weeks to pack up and get out, but many families remaining in the Southern Comfort mobile home park off U.S. 19 in Clearwater don’t know where they will go next.

After ongoing problems with water contamination on-site, a judge ordered the park to be shut down.

"We are really worried. We already have our bags packed to move, but where are we going to go?” Maribel Pena said.

Pena and her family are just one of many kicked out of the Southern Comfort mobile home park.

Documents show the park has had problems with water for years, including fecal contamination.

Pena told 10News she and her family have lived in the park for 10 years. She believes the water contamination contributed to health problems, like diarrhea, in her disabled son. She added that she does not yet have a place to go once the park closes at the end of October.

"I'm very worried. I feel stressed out. My husband is also very stressed. We are distressed. Weeks after weeks to resolve our house issues and nothing. Now we are running out of time,” Pena said.

According to court documents, the park had been operating without a domestic wastewater permit since 2011. Neighbors received multiple letters over time stating advising them to boil water used for drinking, dishes, making ice and brushing teeth.

One couple filed a lawsuit against the park alleging skin issues developed on their children from using unsafe water.

The Department of Environmental Protection has had a lawsuit against the park since 2010.

In an email to 10News, an attorney for the park denied the lawsuit allegations, saying water samples for the community water system “have proved safe and problem free.”

If you have problems in your community with the water quality or sewer problems, you can report those to the state. The Florida Department of Environmental Protection has a complaint form on its website.