What is a gyroplane? Or, is it a gyrocopter?

Gyrocopters, autogyros, gyroplanes -- the aircraft has many names, but the concept is the same. 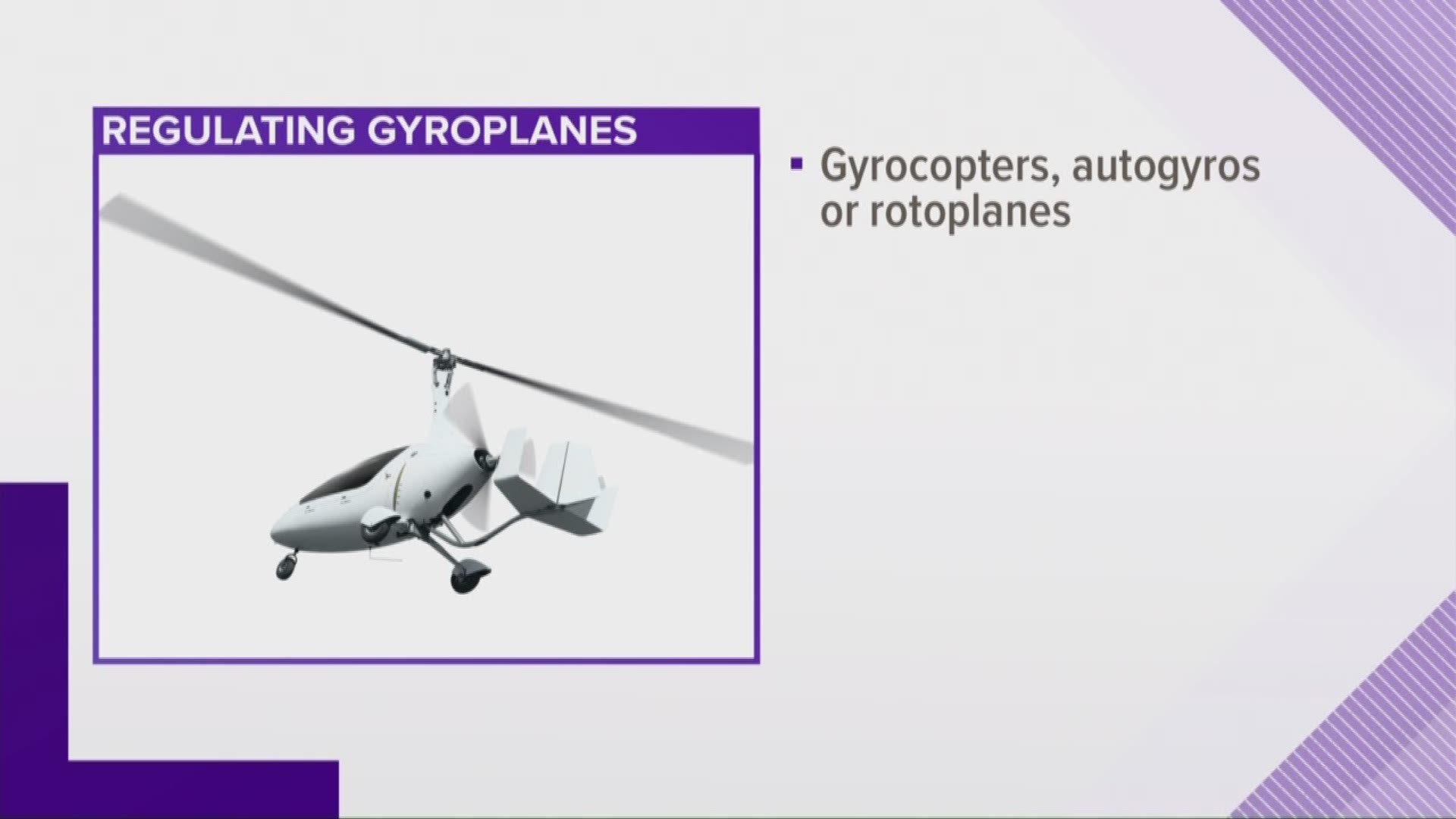 Tuesday's fatal gyroplane crash in Highlands County has raised questions about the aircraft at the center of the tragedy.

What is a gyroplane?

The aircraft goes by several other names: a gyrocopter, an autogyro or a rotoplane -- to name a few.

The FAA uses the term gyroplane. So, we will, too.

Gyroplanes were invented by Juan de la Cierva in 1923, according to AutoGyro USA.

Unlike a helicopter, which uses an engine to power its spinning rotor blades, a gyroplane's upper rotor blades aren't powered by an engine. Instead, the engine powers a back propeller that pushes the gyrocopter forward. As the aircraft moves, air passes naturally through its rotor blades, creating lift.

Think of it like a pinwheel. All it needs is air to rotate. The faster it spins, the more lift it creates.

If a gyroplane's engine failed, its blades would already be auto-rotating, so the aircraft would gradually descend.

Most gyroplanes are classified by the FAA as Light Sport Aircraft.

Nearly all gyroplanes hold only one or two people.

In the 80s and 90s, authorities warned of safety issues with ultralight aircraft -- for which pilots are not required to be certified. But, as federal regulators addressed safety concerns, they narrowed the definition of ultralight to describe aircraft with only one seat and weighing less than 155 pounds. The vast majority of modern aircraft -- like most gyroplanes -- do not meet that definition. So, they require pilots to be licensed.

"Gyroplanes have made a large leap in safety over the last 20 or 30 years," FAA-certified gyroplane examiner Dayton Dabbs told 10News.

Like Dabbs, Lord was a gyroplane examiner with authority from the FAA to conduct flight checks for other pilots.

"He was just about one of the best pilots you could find," Dabbs said.

To become certified to fly a gyroplane, a person must pass a written and practical test. Dabbs and Lord were two of only a handful of instructors qualified to administer the U.S. practical test -- which includes a flight and oral examination.

"We also designate mechanics, engineers and doctors to conduct examinations in their fields of expertise," FAA Spokesperson Kathleen Bergen said. "For example, a pilot would go to an Airman Medical Examiner for the required physical before receiving an FAA Medical Certificate."

Based on Lord's extensive flying experience, Dabbs believes Tuesday's crash could only have been caused by mechanical failure.

"This is not a common thing in the gyro community, and it was not a pilot error," he explained. "There was a fluke. There was some sort of issue with the aircraft."

The FAA is still investigating the crash.