The houses quickly and quietly move from listed to pending to sold sometimes in minutes or hours. 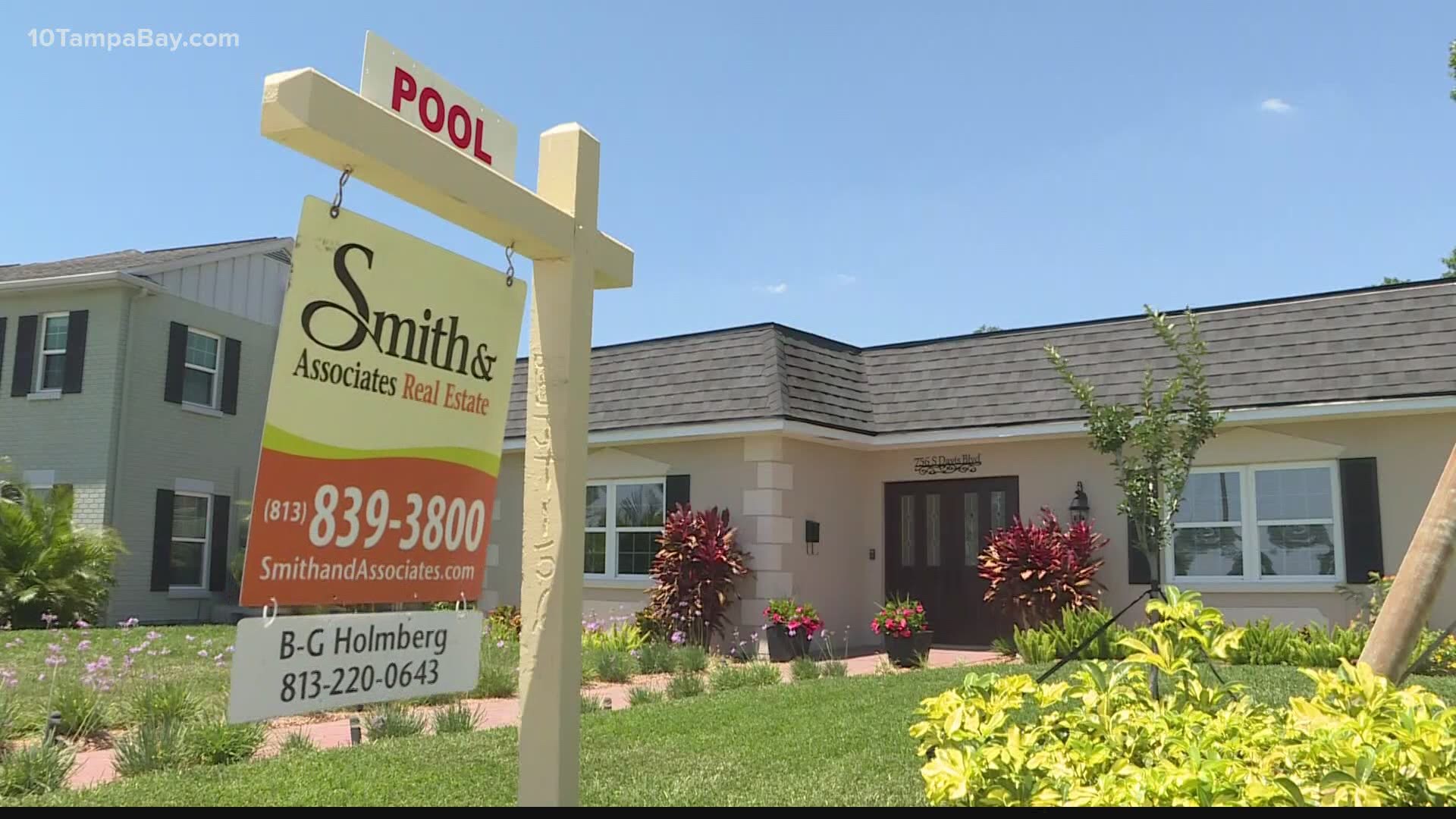 Just when you thought it couldn’t get any more frustrating for prospective homebuyers these days, there’s been an increase in so-called whisper listings.

Those are properties that never even make it to the multiple listing services before they’re sold.

Most house hunters just want a fair shot at a property that meets their needs.

But increasingly, potential homebuyers like Chris Cannon have been seeing “sold” signs go up before houses they’d like to have made an offer on ever hit the open market.

“I would describe the home buying experience in one word. Miserable,” said Cannon.

“Well, and that is frustrating from the buyer’s perspective,” said Tampa Realtor Cristan Fadal, “And you’ll see that quite often.”

Fadal has seen the increase in so-called “whisper listings” first-hand.  The houses quickly and quietly move from listed to pending to sold sometimes in minutes or hours. All without ever having been published on the multiple listing service.

“It makes it very challenging with the limited inventory that you see a perfect home for your buyer and, oh it looks like it’s active, but no, it’s already pending and under contract,” said Fadal.

Fadal says for the most part whisper listings used to be for people with mega-mansions seeking privacy that only a select group could even afford. For example, he said, when Derek Jeter first decided to sell his home on Davis Islands.

But now run-of-the-mill houses in our area are being sold the same way, with sellers confident they can get their price without even showing the property.

“I mean if they’re happy getting the money that they want it doesn’t have to be the million or $10 million homes that drive that,” said Fadal.

In 2019, just 2.5 percent of houses sold were considered whisper listings. But now it’s 4 percent and growing.

Fadal advises his sellers not to keep the sale a secret.

Instead, especially in this market, he tells them to list it and let the bidding war begin.

“By going to market they are able to hit every single buyer that’s out there,” said Fadal. “And they were able to have those buyers compete with each other to drive up that price.”

This year the National Association of Realtors passed tighter rules against whisper listings. In part, the Clear Cooperation Agreement was aimed at getting realtors to publicly market their listings.

But sellers can still opt to keep their listing private.

“Ultimately, it’s always up to the seller on how they want to ultimately market their property,” said Fadal.

So, what can you do if you want to get in on those whisper listings?

Fadal suggests working with a realtor who specializes in the neighborhood you’re looking at because chances are better if something is about to come to market, they’ll have heard about it.

And perhaps, he says, that will give you a chance to whisper an offer of your own before the property is sold.