Deputies say a woman repeatedly licked her hands then touched items at a Sumter restaurant on Monday. 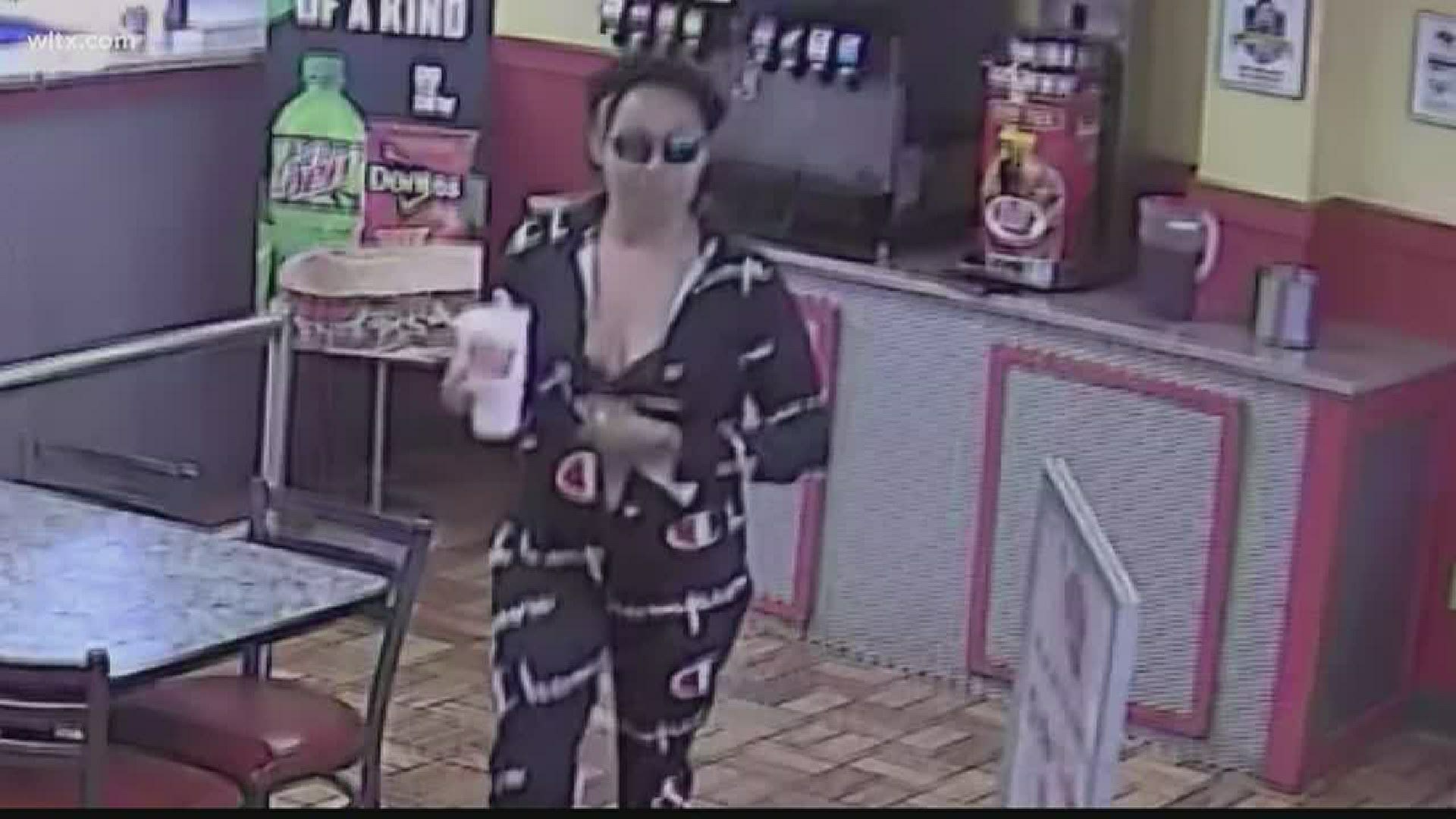 SUMTER COUNTY, S.C. — Sumter County deputies are asking for the public's help to identify a woman who repeatedly licked her hands then touched things at a Sumter restaurant.

Witnesses said a black female wearing sunglasses and a Champion one-piece jumpsuit came in the Sub Station II and ordered a sub,chips and a drink.

The woman licked her fingers as she was getting her cash to give the clerk, witnesses say. She then licked her palm and spread her hand over the debit machine.

As the workers made the woman's sandwich, witnesses say the woman licked quarters and then put them in the tip jar before leaving the store without her sub and chips.

As the woman threw her drink away as she left, she reportedly said, "It's in Gods hands now," and said she would be back.

The whole thing was captured on surveillance video. 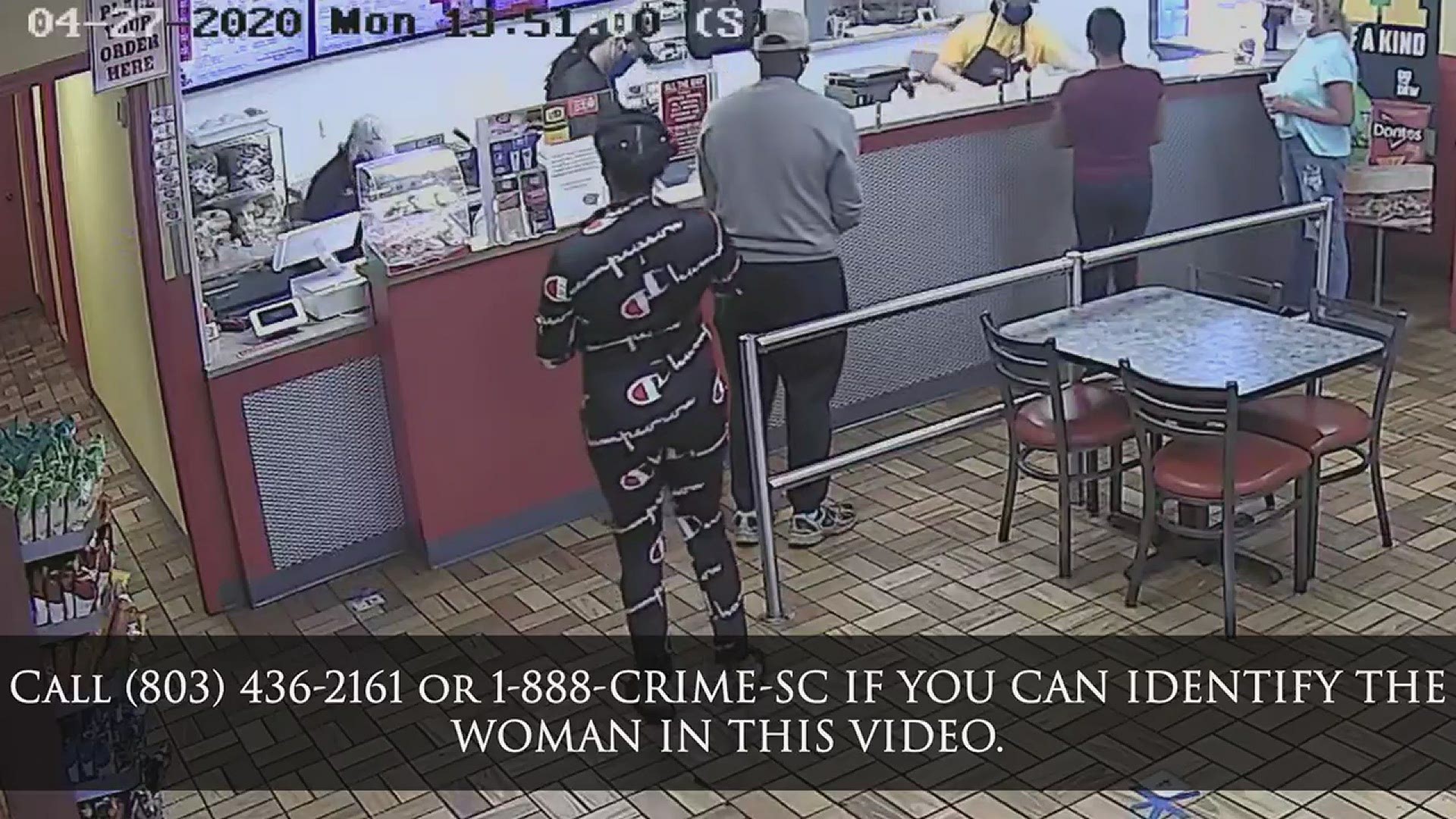 Store workers said they could not see where the woman went after she left.

Deputies say they were unable to locate the woman when they arrived on scene, despite checking a few other other restaurants nearby.

If you recognize the woman or have any information that may help identify her, you are asked to contact Crimestoppers anonymously in any of the following ways: