Across the country, restaurants are struggling to find enough employees to keep up with demand. 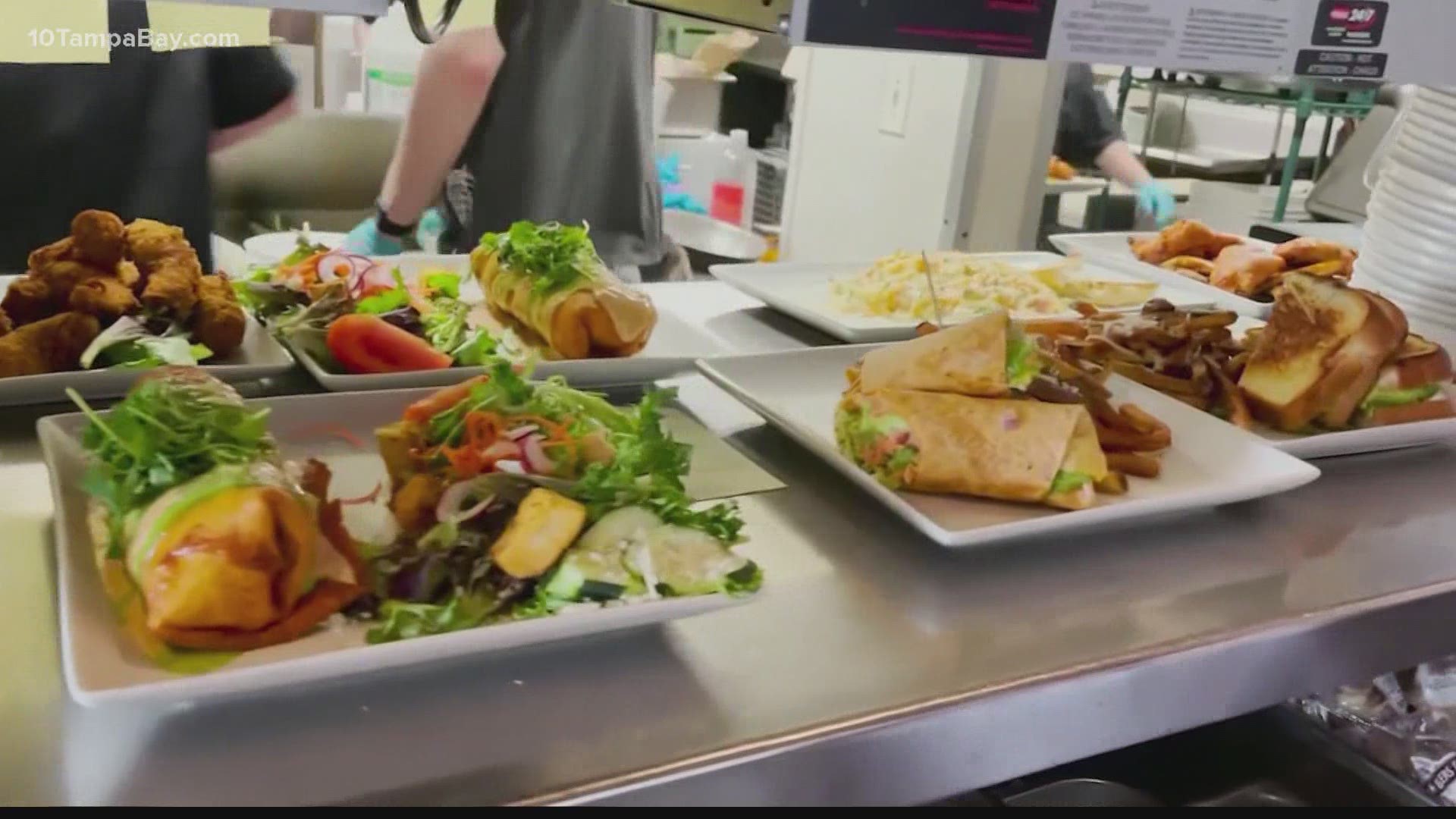 TAMPA, Fla. — Looking for a late-night pizza at Papa John's?  You might be out of luck.

The South Tampa location near Dale Mabry and Gandy now closes as early as 10 p.m. Down the street at the Dominos on Kennedy, we found a similar situation. They’ve reduced hours too, from 1 a.m. now closing at 10 p.m.

And it's not just pizza and fast food.

“This is this is the hardest it has ever been in my 30 years in this industry,” said Michael Buholz, Owner & Executive Chef at The Loft restaurant outside Seattle.

Buholz and other restaurant owners across the country are feeling the same pain.

When the industry shut down due to COVID-19 last spring many workers were forced to find work in other careers or left town altogether.

Now that demand is back, they say it's difficult to get those workers to return.

“I would just tell the public right now to be patient,” said Roger Curlin or the Pinellas Independent Hospitality Forum, a group working to address the staffing shortage in the hospitality industry.  “The reason you may not be getting the service that you expect or want from the kitchen or the service staff is just because they’re overwhelmed right now,” said Curlin.

Even at Tampa International Airport, as passengers flood in on flights, at dinner time there aren’t as many options to find a meal.

If you’re looking for a cappuccino ahead of your early evening flight, the once 24-hour Starbucks now closes down at 6:30.

Other restaurants aren’t open at all and the ones that are sometimes have long lines.

“It’s one of these things where everyone is kind of suffering at the same time,” says Curlin. “The customer is not happy because they’re not getting the best customer service.  The staff that is working is really exhausted because they’re pushed to the point of overwork.  And then we’ve got owners that have money that’s getting left on the table because they’re having to shut down shifts, and shut down days.”

On Tuesday the airport plans to hold one of its largest job fairs ever offering opportunities on the spot in hopes of trying to quickly fill as many as 300 open positions. Other restaurants across the country are even offering hiring bonuses between $500 and $1000 for full-timers.

“There are just no people there to pull from and so right now that’s why we have to get very creative by reaching into communities that maybe have not been in the industry before or it’s been a while,” said Curlin.

RELATED: Report: Tampa McDonald's offered $50 for people to show up for interviews

RELATED: Businesses struggling to hire despite economy opening up