Beachgoers were furious after a homeowner fenced off part of the beach and put up "No Trespassing" signs. Turns out it was all a prank to protest a new state law. 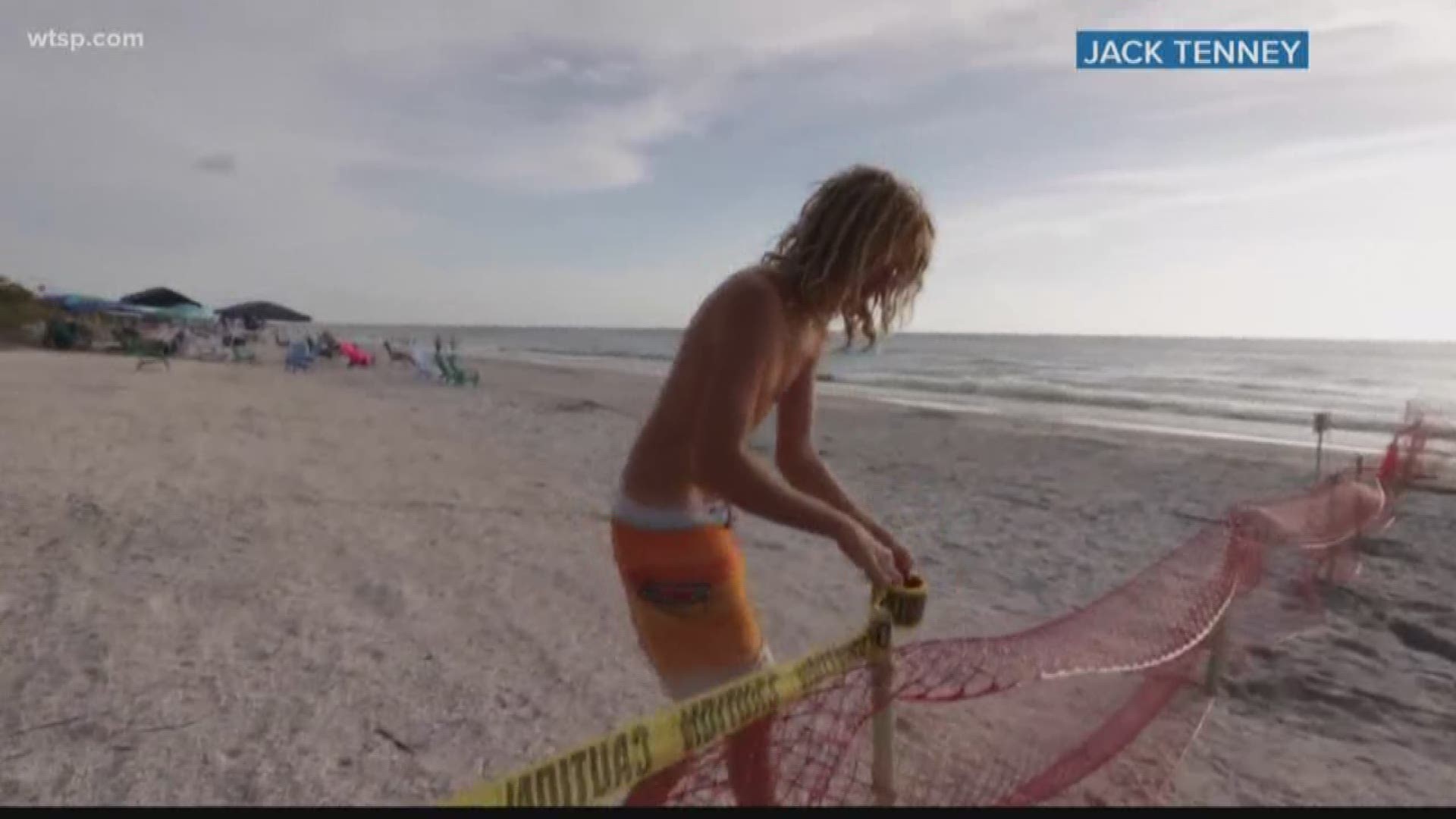 INDIAN ROCKS BEACH, Fla. -- A wave of controversy on Indian Rocks Beach: Beachgoers were furious after a homeowner fenced off part of the beach and put up "No Trespassing" signs.

A new state law lets some beachfront property owners keep their land private -- if they go about it the right way.

10News cameras were rolling as an apparently angry neighbor yelled at Jack Tenney about the fence he put up in front of his beachfront home.

“As soon as the fence goes up, this is all going to be private property,” Tenney announced through a megaphone on the beach, citing the new state law. His friends filmed it and posted it to YouTube.

Tenney said he and his buds just want a good place to watch the fireworks on the beach.

“It's like a fight to get beach space on the Fourth,” he explained. “People come early and start putting tents up and chairs.”

Once the state law passed, the city of Indian Rocks Beach passed its own ordinance saying all of the beach is public.

“And the city told us we'd be charged about $200 per sign if we didn't take it down within 24 hours,” Tenney said.

Tenney never had to take the fence down. He said an irritated beachgoer did it for him in the middle of the night.

However, Tenney said whoever took it down totally missed his point. He put up the fence as a prank and a protest of Florida's new law for his more than 3 million YouTube subscribers.

“We try to use (videos) to spread awareness on issues like this, like this dumb law being passed,” Tenney said.

By the way, that angry neighbor 10News caught on camera is Tenney's dad. He's also in on the joke. It turns out, they're on the same side as the people who think the beach should be open to everyone.