'I know how to lead': Yvette Gentry named as interim chief of LMPD

Interim Chief Rob Schroeder announced his retirement, and Yvette Gentry will serve in the interim as the search for a permanent chief continues. 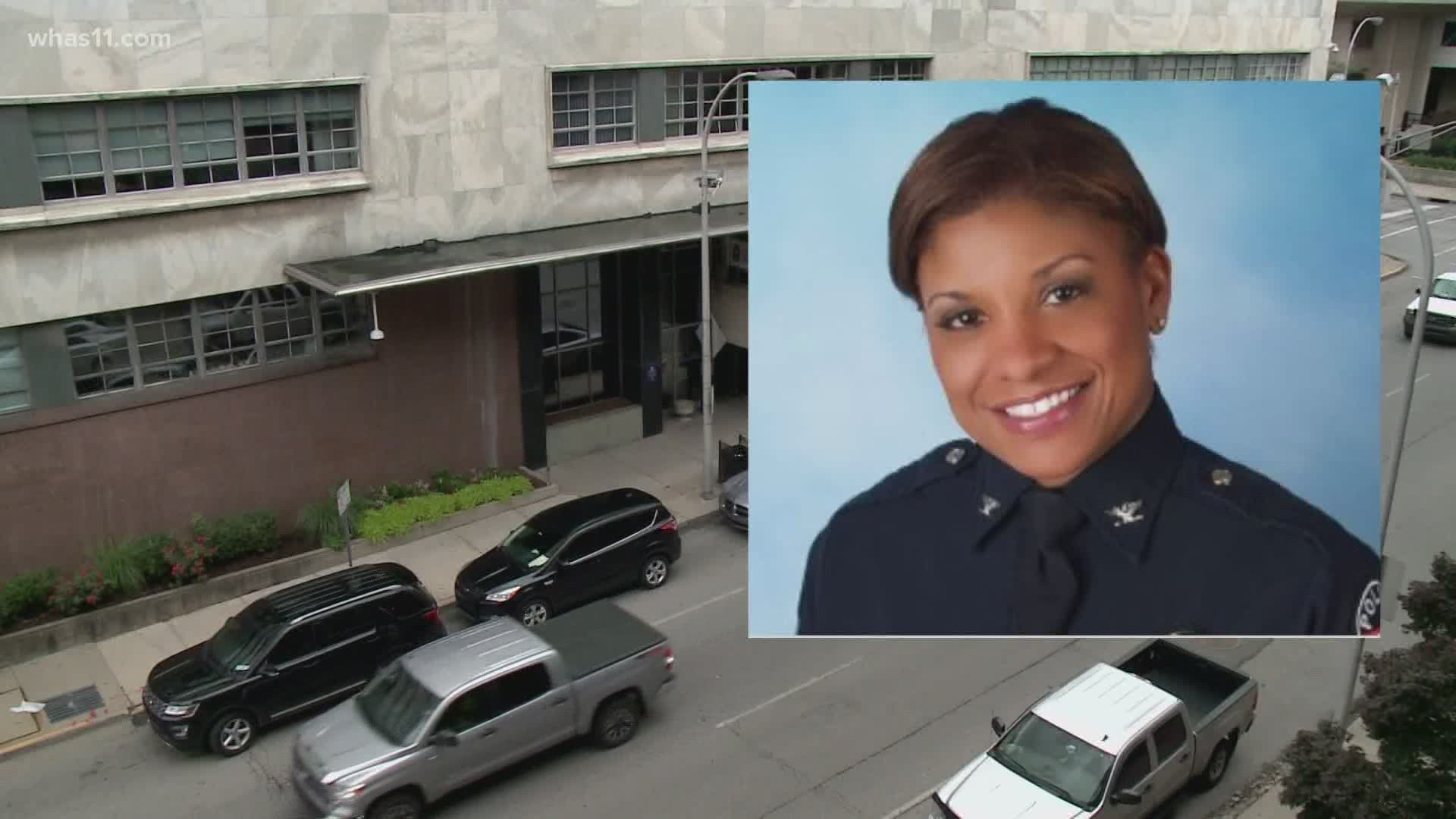 "Let's have some true, honest conversations, let's move forward, and just try to work together," she said after being named acting chief.

"Women lead different. We're just different and so let's see what happens, give me a chance," Gentry said on Monday.

Gentry retired from the department in 2014, but is ready to be back and bring a fresh perspective.

“Yvette brings the unparalleled experience and strong community relationships needed to lead LMPD until a permanent chief is in place,” Mayor Greg Fischer said in a release, “and she is passionate about working to help her city address systemic racism and reimagine public safety. She has never been shy about offering her advice, and I look forward to having her on the team as we move forward in selecting a permanent chief.”

Gentry will take a leave of absence from her roles at the Rajon Rondo Foundation and Metro United Way until a permanent chief is hired. She said has no interest in serving as the permanent chief but will work long enough to ensure a successful transition.

“I am taking a pause from positions that have provided me time to heal and enjoy my family,” Gentry said in a release. “I am returning to the high-stress law-enforcement field in large part to help lead a call to action for those willing to do the work it takes to heal our city – and provide truth so we can have reconciliation, and create a system of justice rooted in equity.”

Gentry has been critical of some of the Mayor's recent decisions during more than 100 days of protests in Louisville, like having a curfew but not enforcing it.

She also has concerns about the top to bottom review he's pushing for.

"Those things kind of scare me a little bit when so many people are involved in these things, I think they mean well but I don't think they realize, from law enforcement terms, what that means," Gentry explained.

“I am grateful to have had this opportunity to serve the city and the police department that I love. I am deeply proud of the men and women of LMPD, and how committed they are to keeping our city and our residents safe," Chief Schroeder said.

“I greatly appreciate Rob’s commitment to our city,” the Mayor added, “and I know some city will be very lucky to have him as police chief when he is ready to pursue that role on a permanent basis.”

Gentry made it clear that her role as chief is temporary. She will not, and has not applied for the position permanently.

According to the mayor, more than 20 people have applied for the position and the city will continue the process of selecting the new chief "which began with community engagement."