The wife of Chris Green said he was breathing mostly on his own. People at a protest in Olde Towne pulled down part of the Confederate monument on top of him. 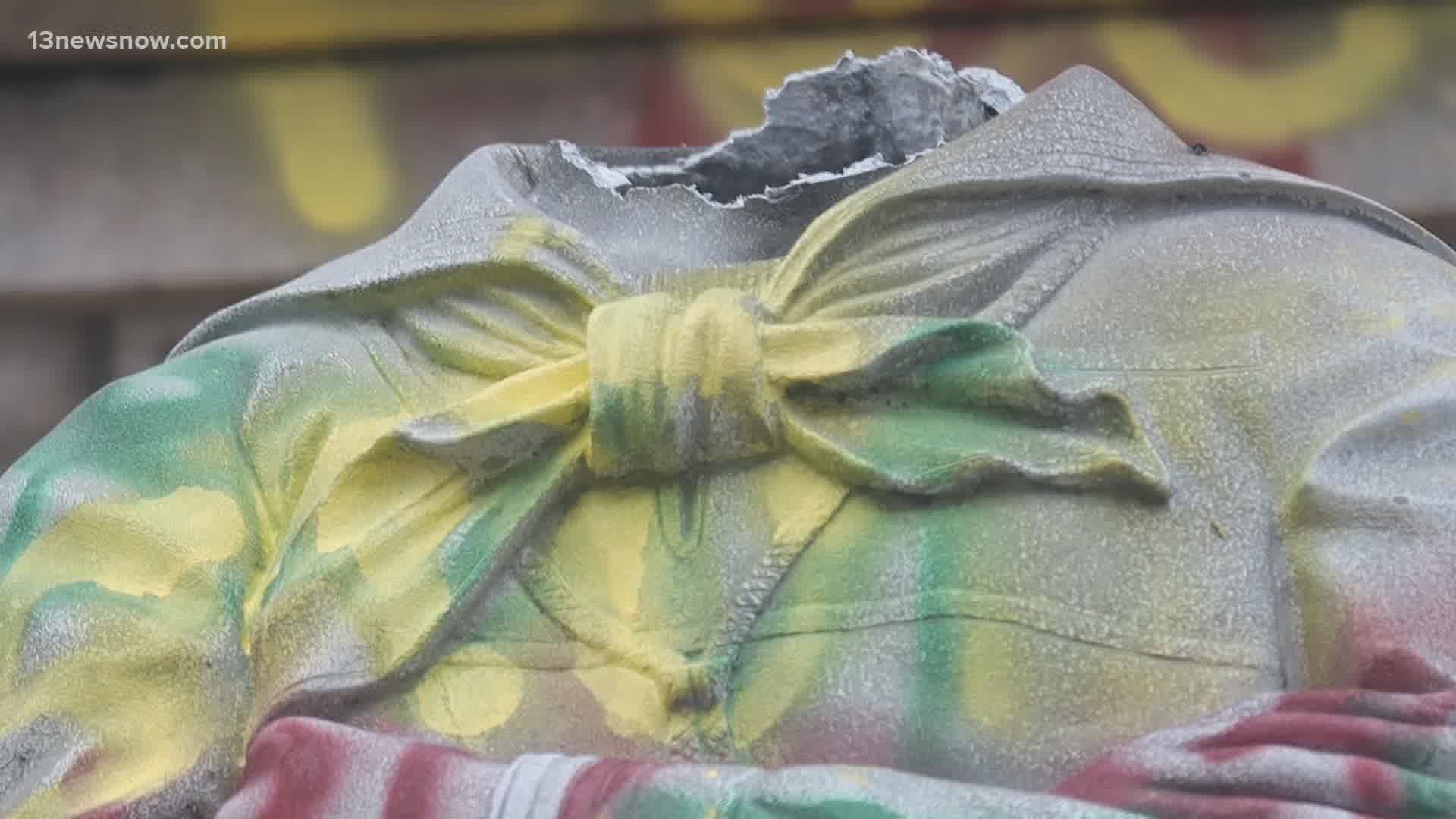 PORTSMOUTH, Va. — The wife of a man who was hit by a Confederate soldier statue in Olde Towne on June 10 said Wednesday that he was "making little baby steps" at Sentara Norfolk General Hospital.

Chris Green has been there since the night when protesters at the Confederate monument in Portsmouth pulled one of its statues down on top of Green.

The husband and father of two didn't see what was happening and didn't have a chance to get out of the way.

Doctors put Green, who flatlined twice on his way to the hospital, into a medically-induced coma

Tonieh Brisbane-Green said Wednesday that her husband was able to breathe the majority of the time on his own but a ventilator was helping him "here and there."

Portsmouth police were there the night of the demonstration, but they didn't step in to stop the protesters which raised concerns and criticism from a number of people.

Credit: Green Family
Chris Green was at a protest in Portsmouth, Va. on June 10, 2020. People pulled down the statue of a Confederate soldier on top of him.

Hours before the statue fell on top of Green, Portsmouth City Council members raised concerns about safety at protests at the monument. The memorial in the middle of Court Street became the site of demonstrations after the death of George Floyd in Minneapolis. Police officers there were charged in connection to his murder.

RELATED: Portsmouth NAACP president released after being taken into custody during protest in Olde Towne

Protesters in Olde Towne added their voices to the worldwide call for an end to racial injustice and police brutality. The monument, like other Confederate memorials in Hampton Roads, across Virginia, and in other states have become focal points of many demonstrations. They also have been at the center of protests and vandalism throughout the years.

RELATED: Historian explains connection between the Portsmouth Confederate monument, its location, and slavery

The day after Green was hurt, Portsmouth City Council held an emergency meeting and agreed that a barrier should be put up around what was left of the graffiti-covered monument which had other substantial damage done to it.

Work to put that barrier in place began Wednesday.

A Gofundme page was set up to help Green's family with expenses.

The Portsmouth Police Department asked Virginia State Police (VSP) to handle the investigation into what happened to Green.

Sgt. Michelle Anaya with VSP said that the Portsmouth Commonwealth's Attorney's Office will determine if charges will be filed.

1 / 15
13News Now
Protesters vandalized and tore down parts of the Confederate monument that stands in the Olde Towne area of Portsmouth.