Man sues loan service he says continues to robocall him 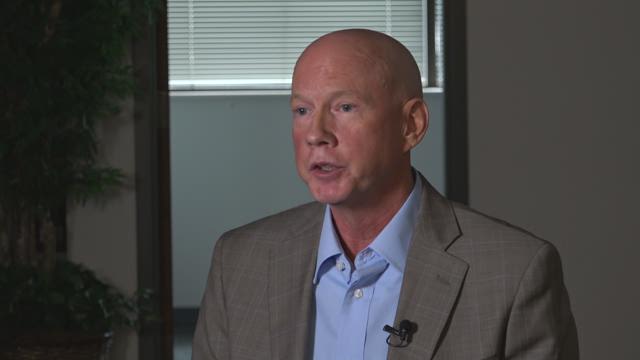 In late April, Florida joined several other states by filing a lawsuit against Ocwen Loan Servicing, which is based in West Palm Beach, Florida.

The lawsuit accuses Ocwen of causing widespread harm to thousands of borrowers.

Jeff Heard says he is one of those Ocwen customers.

“Their business practices are like nothing I've ever seen,” said Heard.

Heard says in his opinion, Ocwen Loan Servicing has been trying to take the house his father George left him when he died five years ago.

When Jeff's father, George Heard, died, the family assumed that the insurance policy his dad had paid into every month along with his mortgage payment would pay off the balance.

“The life insurance was charged on their statement as a premium,” said Heard, “And was through one of their insurance carriers. And they were responsible to collect and assist in getting that insurance paid.”

But instead, Jeff has kept making payments to avoid foreclosure.

He says he's gotten hundreds of robocalls from Ocwen, demanding he keep paying the debt plus fees.

Ocwen, he says, has also refused to acknowledge his father's death, despite providing them multiple copies of the death certificate.

“In fact it was so many times, I had to go and buy additional copies of the death certificate just to have them on hand to provide Ocwen their constant request for this death certificate,” he said.

This isn’t the first time we’ve reported about Ocwen.

In Perry’s case, the loan wasn’t even his.

“Their own attorney said they shouldn’t be calling me,” he said.

The case settled the same week we aired our report.

“It's our responsibility to protect the 125,000 mortgage holders in the state of Florida from these bad mortgage practices,” Bondi said. “So we will hear the rest of it out in court, but we had to take action because enough is enough.”

Jeff Heard says he had had enough, too.

In a phone call between Heard and an Ocwen agent, who refuses to discuss and possibly resolve the issue over the phone, he tells Heard his deceased father is still listed as the borrower.

At one point Heard says he was so desperate, he pretended to be his own dead father on the phone – just to try to get someone at Ocwen to do something.

Finally, he hired attorney Dave Mitchell with the law office of Maney Gordon.

“The claims that we're bringing in this case, the conduct that was a direct overlap with the conduct the attorneys general are charging Ocwen with in that lawsuit,” said Mitchell.

Heard is not only suing Ocwen for what's happened in his case, but also for the hundreds of robocalls made to his cell phone which he says he asked them to stop making.

Under the Telephone Consumer Protection Act, such calls could cost the party who places them up to $1,500 per call.

In a statement, Ocwen spokesman John Lovallo said, “We dispute Mr. Heard’s claims. We have valid defenses to argue against them in court, and plan to vigorously defend the company against these allegations.”

Still, Heard said the federal and state lawsuits let him know he's not alone, and hopes it sends Ocwen a message.

“If this lawsuit would keep one other family from having to go through the harassing and abusive calls from Ocwen,” said Heard, “it would be well worth it.”