Meet the man running 3,200 miles for kids in foster care

Noah Fredenberg will average a marathon a day over 121 days. 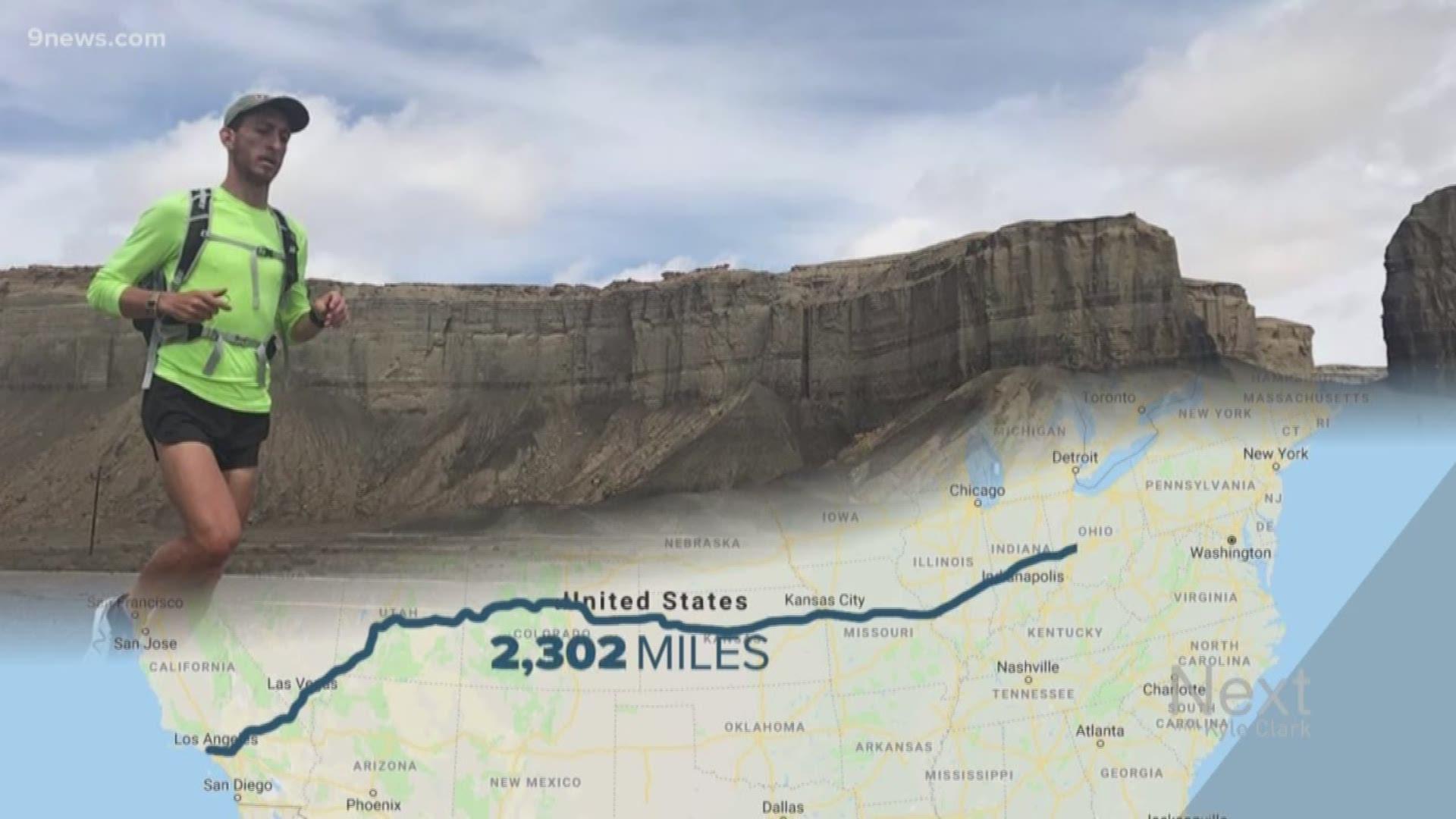 DENVER — Noah Fredenberg is running across the country to raise money for kids in foster care and at-risk youth.

He started in his home in Los Angeles, and now that he’s reached Denver, he’ll run 35 miles a day until he gets to New York.

Fredenberg sleeps in a van and rests on every 7th day.

By the end of the 121 days it takes him, he’ll have averaged a marathon a day.

9NEWS spoke with Fredenberg about his mission.

(Editor’s note: This interview has been edited for context and clarity.)

9NEWS: There are other ways to raise money, why are you running so far?

Fredenberg: Why am I running? Cause I like to run…At the end it will be a total average of a marathon a day. It’s pretty incredible to see what the body can do, like I don’t feel like I’ve done anything special other than just get up and do it.

Why are you running to raise awareness and money for kids in foster care?

Kids who age out of the foster care system without a family have huge rates of suicide, and drug abuse and incarceration…Kids in foster care have nobody. Their families have told them that they’re not wanted. And that’s not true. That’s a lie. And I don’t think love should be something that you have to fight for or manipulate for and that’s kind of a lie they’ve been told.

What would you say to the kids in foster care who you might not see you along your run?

All of these miles that I’m running it’s to make sure that you know you can change the world you can be whoever you want to be…I really really believe that that’s something that’s deep inside of me that like everyone was meant to grow and to thrive and I want that to happen.

Fredenberg learned of the struggles kids face in the foster care system when his sister was working with kids at a Children’s home in Wyoming. Together, they started a non-profit called MeUsWe to collaborate with organizations that help foster kids and at-risk youth.

For the run, Noah has partnered with the Dave Thomas Foundation, an organization dedicated to finding permanent homes for kids in the foster care system.

SUGGESTED VIDEOS | Next with Kyle Clark