For the past three years, the Black Knights have honored one of the Army’s divisions. They do this by wearing an entire uniform telling that division’s story. 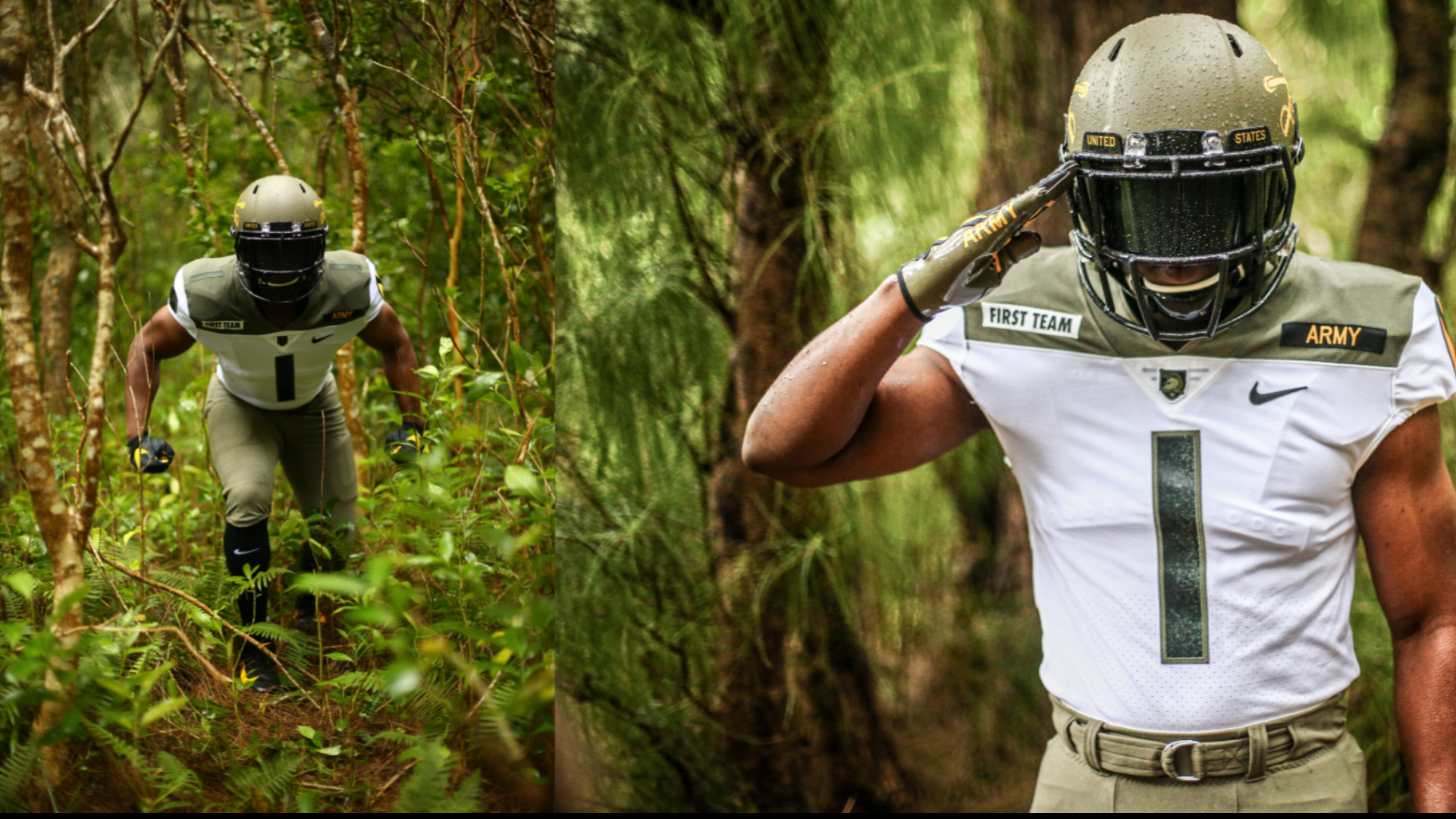 PHILADELPHIA — A  plaque outside Michie Stadium on the campus of the United States Military Academy has a quote attributed to Gen. George C. Marshall, who led the Army to victory in World War II that reads “I want an officer for a secret and dangerous mission. I want a West Point football player.”

This plaque serves as a reminder that the football program at Army, Navy and Air Force is unlike any other in America.

Although there may be better teams that play in bigger stages, the training and lessons go far beyond a 60-minute game. It is part of the education and development of the leaders of the American military and part of an elite group of men and women known as the Long Grey Line. This group has fought and protected the country for generations.

Even though Army West Point has not had the best track record in recent history, that tide began to turn thanks to a well-known 'secret weapon.'

For the past three years, the Black Knights have honored one of the Army’s divisions. They do this by wearing an entire uniform telling that division’s story.

They will represent one of the military’s most legendary Divisions when they take the field, Saturday. They will wear the black and gold warhorse of the of the 1st Cavalry Division.

Nike unveiled the 1st Cavalry Division-inspired gear on a website dedicated to the uniform. The website included video clips, images, and font types for the numbers. A video was posted on YouTube that shows troopers in action, highlighting the birth of the Air Cavalry troopers of the Vietnam War.

For many of the troopers, the uniform design has ignited an inspiring amount of enthusiasm, devotion and strong regard for the cavalry. There are close to 500 shares of the new design on the 1st Cavalry Division’s Facebook page. Many commenters have repeated the phrases “If you ain’t cav” and “Go Army beat Navy.”

“It’s tremendously motivating for all the members of the First Team to see that patch out there,” deputy commanding General for maneuver for the 1st Cavalry Division Brig. Gen. Brett Sylvia said. “The army team is West Point, but they represent all of us whether we went there or not.”

Although the rivalry between the Army and the Navy is well-known, both sides maintain a respect for the duty, integrity and commitment to their respective services. They are competitors on the field, yet counterparts that will fight for and protect each other in times of conflict away from the game.

While the outcome of tomorrow’s game is still uncertain, Dec. 14th will still bring an unmatched intensity to the field. Fortunately, that's where that intensity will remain.