Beau Belson was reported missing around 2:30 Wednesday afternoon. Volunteers are lining up to help find him. 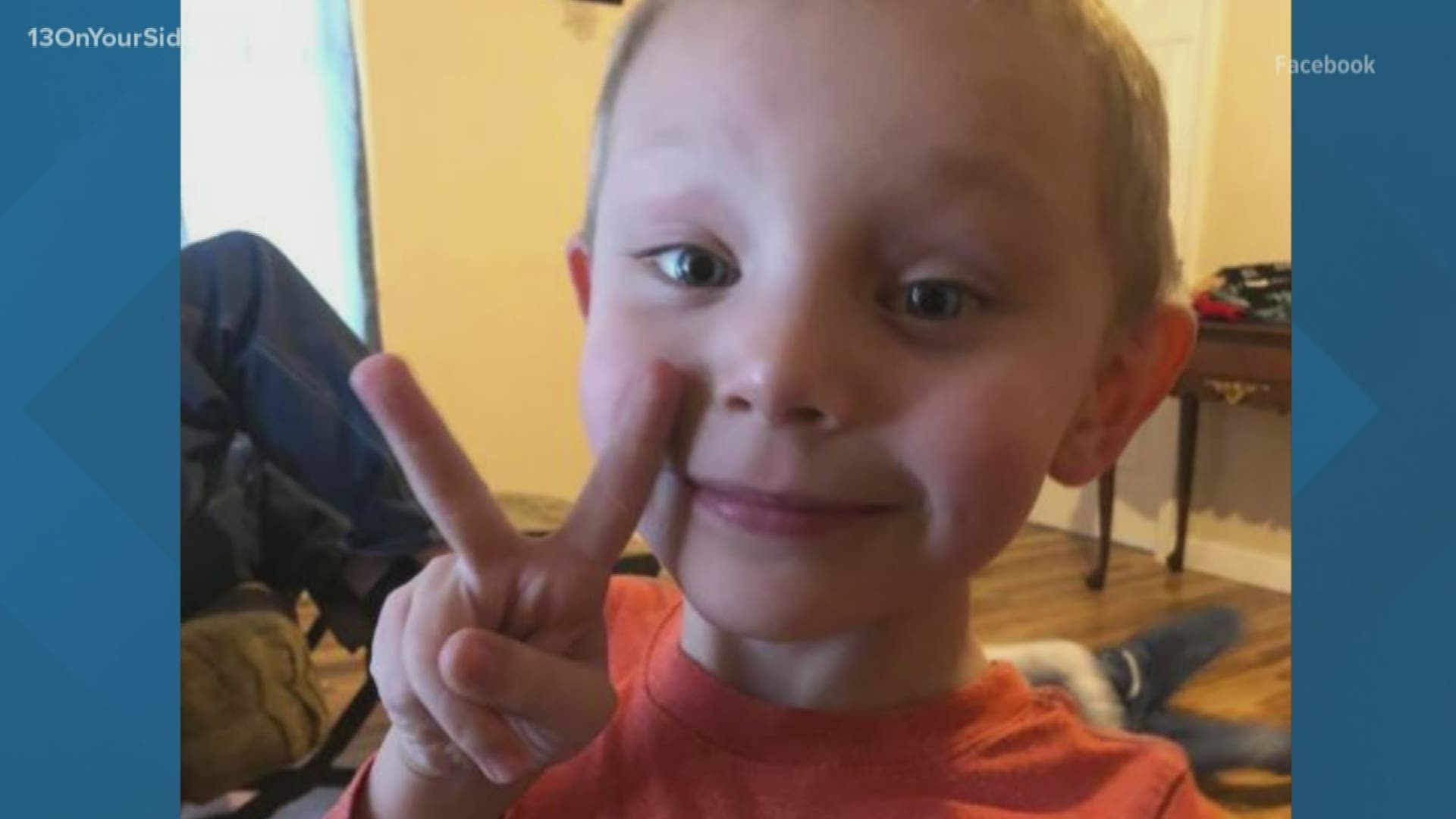 SIX LAKES, Mich. — Multiple police, sheriff and fire departments searched for a 5-year-old boy with the help of volunteers who was reported missing from the Six Lakes area on Christmas Day. The next day his body was found in a pond near where he was last seen, according to authorities.

Beau was reported missing by his family after he was playing with other family members in a yard near a house on N. Holland Road and Fleck Road.

The Montcalm County Sheriff’s Office first shared a Facebook post that he was missing. After that, an overwhelming amount of people expressed their thoughts and prayers and volunteered to help. That prompted them to ask for “no further volunteers.”

One Facebook user, Kathy Galehouse-Bupp commented, "We are coming north is there any [road] you want us to go to?"

According to Beau’s great aunt Melody, about 200 volunteers were assisting authorities in their search Wednesday afternoon and into the night.

Montcalm County Deputies said at least a dozen police and sheriff departments and "several" fire departments were looking for Beau on Christmas Day.

More stories on 13 ON YOUR SIDE: