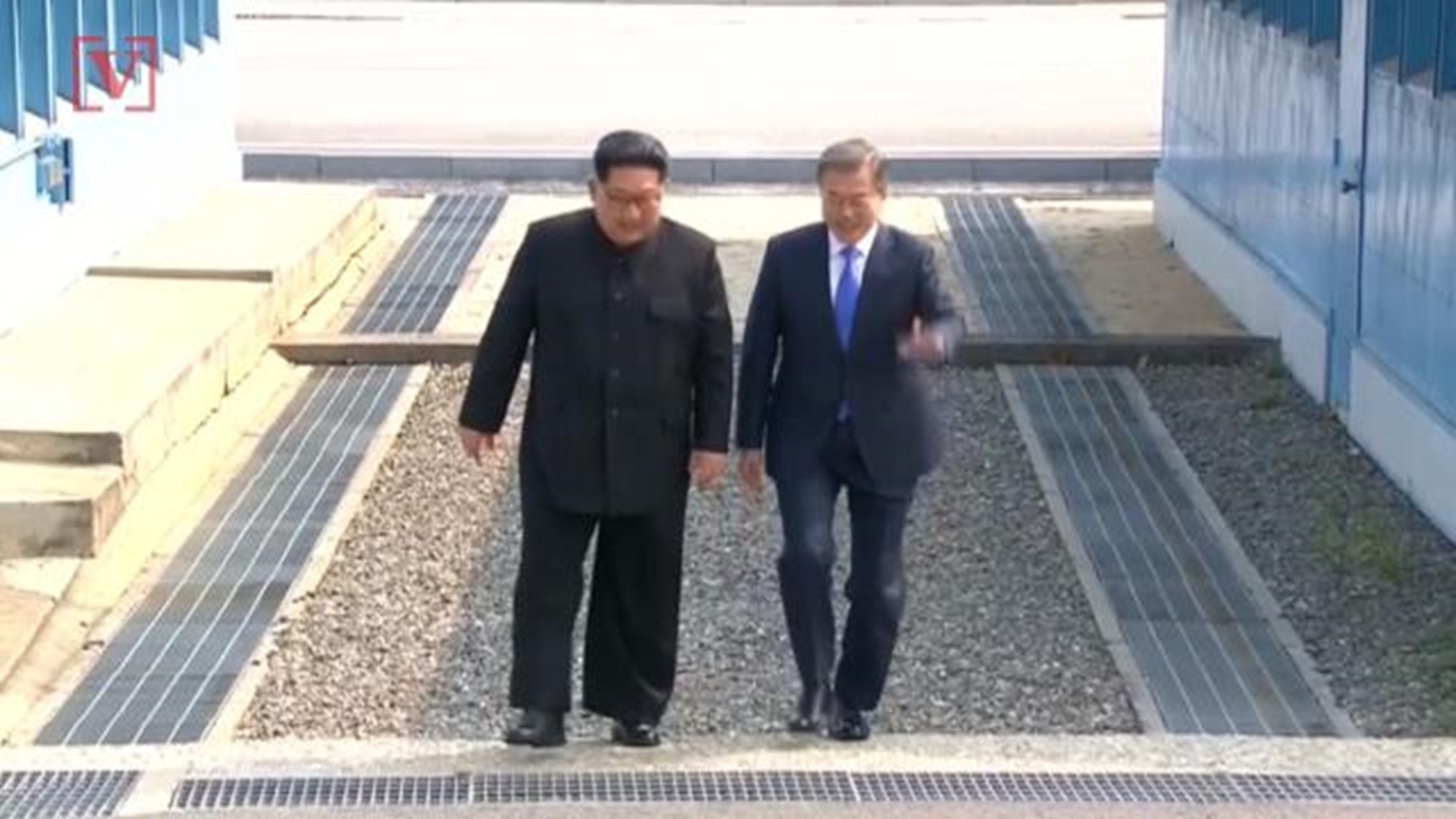 It's official: President Trump has been nominated for the Nobel Peace Prize.

On Tuesday, 18 members of Congress — all Republicans — sent a letter to the Norwegian Nobel Committee, nominating Trump to receive the award for his work to "end the Korean War, denuclearize the Korean peninsula, and bring peace to the region."

Here's what they wrote:

"Since taking office, President Trump has worked tirelessly to apply maximum pressure on North Korea to end its illicit weapons programs and bring peace to the region. His Administration successfully united the international community, including China, to impose one of the most successful international sanctions regimes in history. The sanctions decimated the North Korean economy and have been largely credited for bringing North Korea to the negotiating table.

The nomination for the 2019 award comes days after the leaders of North and South Korea announced they would enter a "new era of peace” and denuclearize the peninsula, though they provided few details on how that would happen.

Credit: Mandel Ngan, AFP/Getty Images
President Trump speaks during the ceremonial swearing-in of Secretary of State Mike Pompeo at the State Department on May 2, 2018 in Washington, D.C.

The Republican group was led by Rep. Luke Messer of Indiana, who is running for Senate on a pro-Trump platform. The other lawmakers were:

"This is more progress in North Korea than we saw during the entire Obama administration," Messer said in a statement. "And it’s a direct result of President Trump’s strong leadership on the world stage."

Today, 17 of my House colleagues joined me in nominating @realDonaldTrump for the 2019 Nobel Peace Prize. pic.twitter.com/TJpJKW9JGH

Members of Congress are permitted to submit nominations for the award to the committee, which is responsible for selecting Nobel Peace Prize Laureates.

Over the weekend, the South Carolina Republican said he thought liberals "would kill themselves" if Trump won the prize.

"It may be the first time the Nobel Peace Prize was given and there was mass casualties because I think a lot of liberals would kill themselves if they did that,” he said on Fox News.

Trump, who has said he expects to meet with the North Korean leader in the next few weeks, has also received praise on the international scene.

"President Trump should win the Nobel Peace Prize. All we need is to bring peace," South Korean President Moon Jae-in said Monday, according to the Blue House, Seoul's equivalent of the White House.