3 hurricanes of 2017 among five costliest ever 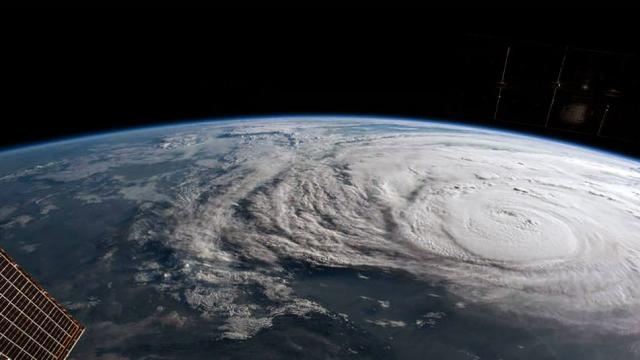 The three big hurricanes of 2017 — Harvey, Irma and Maria — are now three of the five costliest hurricanes in U.S. history, the National Oceanic and Atmospheric Administration (NOAA) announced this week.

Hurricane Maria ranks third at $90 billion, and Irma ranks fifth at $50 billion. With damages of $70 billion, 2012's Sandy has been pushed down to fourth place. Sandy was popularly labeled a "superstorm" as it neared landfall despite being a hurricane for nearly its entire life cycle.

(On this list, the damage costs of both Katrina and Sandy are adjusted for inflation.)

NOAA said the dollar amounts are "the estimated total costs of these events — that is, the costs in terms of dollars that would not have been incurred had the event not taken place. Insured and uninsured losses are included in damage estimates."

In all, 2017's hurricanes caused more than a quarter-trillion dollars in insured and uninsured losses, the National Hurricane Center reported.

That makes 2017 the costliest hurricane season in U.S. history, even topping the disastrous 2005 season, which included Rita and Wilma in addition to Katrina.

September was the true behemoth, the single-most powerful month ever recorded in the Atlantic in terms of hurricane intensity.

In a statistic known as "Accumulated Cyclone Energy," Hurricanes Irma, Jose, Katia, Lee and Maria that month generated the largest amount of energy for any month on record, according to Colorado State University meteorologist Phil Klotzbach.

Other records from the season included the 60.58 inches of rain that fell near Nederland, Texas, during Harvey. This broke the record for the greatest rainfall amount ever recorded in the 48 contiguous states from a single storm, WeatherBug reported.

Meanwhile, Irma was the strongest storm on record in the Atlantic — excluding the Caribbean and Gulf of Mexico — with maximum winds of 185 mph and an unofficial wind gust of 199 mph.

The 2017 Atlantic hurricane season was also the first season since records began in 1851 to have two Category 4 hurricanes make continental U.S. landfall in the same year (Harvey and Irma), according to Klotzbach.

No hurricanes will ever have the names Harvey, Irma and Maria again, as they will all certainly be retired by the World Meteorological Organization due to the storms' ferocity and impact.

That official designation will come at the organization's meeting in April, the hurricane center said.