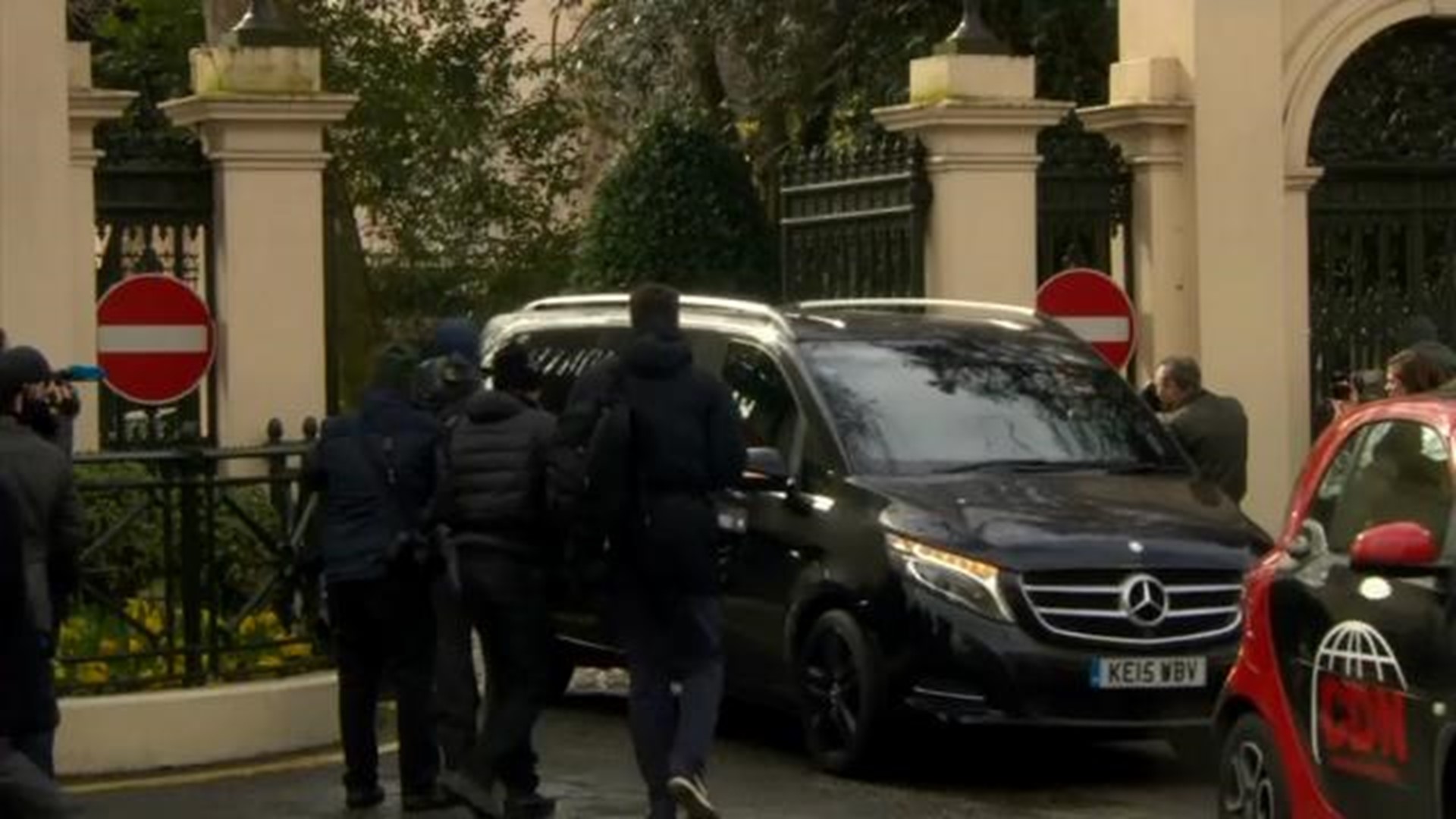 President Trump expelled dozens of Russian intelligence officers on Monday over the nerve-agent poisoning in Britain of former spy Sergei Skripal and his daughter Yulia.

He also ordered the closure of the Russian consulate in Seattle. The White House said in a statement that was "due to its proximity to one of our submarine bases and Boeing."

"Today’s actions make the United States safer by reducing Russia’s ability to spy on Americans and to conduct covert operations that threaten America’s national security," the statement continued. "With these steps, the United States and our allies and partners make clear to Russia that its actions have consequences."

Credit: Jack Taylor, Getty Images
Police officers in protective suits and masks work near the scene where former double-agent Sergei Skripal and his daughter, Yulia were discovered after being attacked with a nerve-agent on March 16, 2018 in Salisbury, England.

The British case has drawn comparisons to the 2006 poisoning death in London of another former Russian agent, Alexander Litvinenko.

Here are some of the key developments.

WHAT'S THE FALLOUT SO FAR?

Among them: Poland, Germany, France and Lithuania.

British Prime Minister Theresa May has already concluded that Russia is "culpable" of the Skripals’ attempted murder.

In response to Britain's move, Russia announced that it was expelling 23 British diplomats, shutting the British consulate in St. Petersburg and closing the cultural organization the British Council.

WHAT HAS THE PROBE REVEALED?

Counterterrorism agents are trying to discover the source of the nerve agent used, which they have identified as Novichok, a military-grade nerve agent developed by the Soviet Union during the Cold War.

May has said it’s highly likely it came from Russia, which Moscow vehemently denies.

Russia has asked to examine the British evidence.

Novichok is not the same nerve agent used to kill the half-brother of North Korean leader Kim Jong Un in Malaysia last year. That was called VX.

WHO IS SERGEI SKRIPAL?

He is a former Russian double-agent convicted of passing identities of Russian agents working undercover in Europe to MI6, the British foreign intelligence service.

Russia jailed Skripal for treason in 2006 after he confessed to working for MI6 and supplying information about Russian agents. Skripal admitted selling the names, addresses and code names of dozens of Russian agents to MI6 over 10 years.

Russia freed him in 2010 as part of a U.S.-Russian spy swap and he moved to Britain.

British media have reported that Yulia Skripal, who lives in Russia, was visiting her father and may have simply been in the wrong place when he was attacked.

It is not clear why he would be a target or who might want him or his daughter dead.

A number of outspoken critics of Putin have been killed or died in mysterious circumstances, including journalists, opposition politicians and exiled tycoons.

Skripal does not seem to fit this profile.

Litvinenko, for example, was an outspoken Putin critic who sought asylum in Britain after he assisted British intelligence and Spanish corruption investigators. Investigators traced his poisoning to two Russians accused of pouring a radioactive substance into his tea in a posh hotel in Mayfair, an affluent London neighborhood.

The Kremlin adamantly denies the accusation that it was involved in his death.

Putin's spokesman, Dimitry Peskov, told reporters this month that Skripal's case was a "tragic situation but we don't have information on what could have led to this." He said Britain had not requested Russia's help, but "Moscow is always ready to cooperate."

Bill Browder, an American-born businessman who has clashed with Putin for years and become one of his most high-profile public enemies, told USA TODAY that he believes the Skripals' attack was ordered by Russia to "send a message ... that if you are disloyal and betray the country it doesn't matter when you did it, and it doesn't matter where you flee to, we'll come and get you and kill your family, too."

More: Ex-double agent poisoned. Now, Russia and U.K. are battling. Here's how we got here