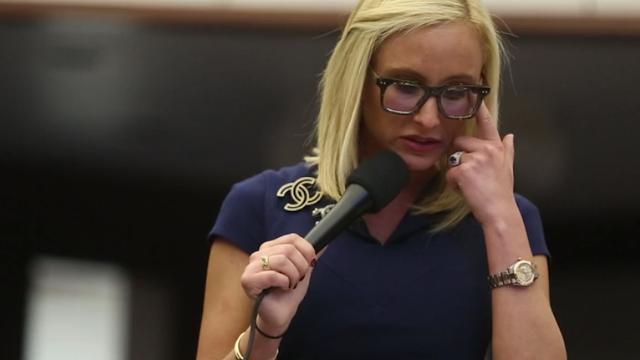 TALLAHASSEE — After hours of emotional and often bitter debate, the Florida Senate voted 20-18 Monday to approve a school safety plan that allows some teachers and staff to carry guns in the classroom and increases the minimum age for gun purchases.

The bill imposes a three-day waiting period for any gun purchase and raises the minimum legal age for buying all guns in Florida from 18 to 21.

The vote across party lines came after a three-hour debate Monday and a marathon session on Saturday. Lawmakers weighed a $400 million package of security measures and mental health programs against a first-of-its-kind school marshal program — opposed by some Democrats, while a handful of Second Amendment Republicans considered whether they could accept new restrictions on gun purchases. In the end, some, like Dennis Baxley and Greg Steube, couldn't.

Few, if any, senators were completely happy with the legislation that’s a response to the Feb. 14 school shootings in Parkland that left 17 people dead. Many Republicans don’t like the idea of raising the minimum age to buy rifles from 18 to 21 or creating a waiting period to purchase the weapons.

More: There are hundreds of new state gun laws since Newtown. Most have expanded access to guns

More: Walmart bans gun sales to anyone under 21 after Parkland, Florida school shooting

Many Democrats think the bill didn’t go far enough because it doesn’t include a ban on assault-style rifles or large-capacity magazines.

Sen. Bill Galvano, R-Bradenton, led the Senate’s efforts to respond to the Valentine Day’s mass shooting, observing that bipartisan opposition to the proposal indicated it hit nerves and sent lawmakers out of their comfort zones.

“This bill will make a difference now. When it becomes law, things will start changing,” said Galvano. “It will be one of those areas where we can ... stand up and say to the families, to the communities, to the children, to our children, that we listened. And we are trying. We are trying hard.”

But Florida Democratic Party Chair Terrie Rizzo was unimpressed. After SB 7026 passed the Senate Monday evening, Rizzo issued a statement saying, "This is not the legislation the Parkland students fought for — this does not go far enough to protect our students from gun violence."

The four-point plan would provide:

• $25 million to replace the classroom building where the massacre occurred

Procedures to allow some teachers  and staffers to carry guns in the classroom.

Student survivors and their backers demanded a ban on assault weapons when they marched on the state Capitol a week after the shooting. Their allies in the Legislature, though, knew that would be a heavy lift. Florida has among the loosest gun regulations in the nation. And when leaders responded with nearly a half billion dollars for school hardening and mental health programs, lawmakers were forced to wrestle with the proposal’s accounting – money in exchange for guns in the classroom.

Sen. Bill Montford, D-Tallahassee, along with Sen. Lauren Book, D-Plantation, voted for the bill. A former school superintendent, high school principal and classroom teacher, Montford said he could not reject the money, even though he opposed the initiative to arm teachers, dubbed the Aaron Feis guardian program, in honor of the Marjory Stoneman Douglas High School assistant football coach who was killed in the shooting.

“If we walk away from $400 million — is teachers carrying guns a poison pill? Absolutely,” said Montford. “I can’t imagine that.  But there are others in this who have embraced it. My position is to leave it up to them. There is never enough money for anything we do up here. School districts are always having to scrape to come up with money.”

Sen. Rene Garcia, R-Miami, said the programs the bill creates would be “transformative.” He noted the common denominator in the three mass shootings that have occurred in Florida in the past 18 months was mental illness.

1 / 32
Andrew Salinero/FSView
Students from Florida State University marched to the Florida Capitol on Wednesday in support of gun reform.

“We are taking people out of the shadows,” said Garcia about programs that will diagnose and treat mental illness. “What we are doing in mental health is something that we should have done 10, 20 years ago.”

Garcia sponsored an amendment that exempts “individuals who exclusively perform classroom duties” from the marshal program. Instead support staff, those who do some instructional work and counselors, librarians and custodians would be allowed to carry firearms in schools. The amendment is viewed as a compromise with those opposed to arming teachers.

Fort Lauderdale Sen. Gary Farmer, D- Fort Lauderdale, favors an assault weapons ban and captured the mood of many opponents, including those opposed to the three-day waiting period that was a key part of the bill.

“This is the ugliest, seediest part of what goes on here,” Farmer said about the legislative fight. Long-standing goals were in sight, but lawmakers said they would have to sacrifice fundamental values to grab them. 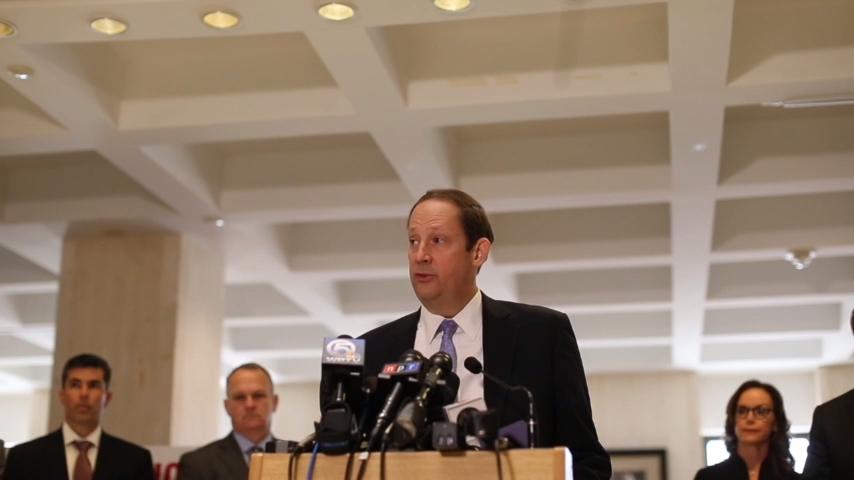 “We have five days left,” Farmer told the Senate Democratic caucus before the floor session. “Today is our day to be strong. In many ways, it is our last stand on these issues to try and convert them.”

Others, though, did not want to take the risk. There are just a few days left in the 2018 session and work still needs to be completed on the state budget.

“There is not time to play ping pong back and forth between the two chambers to work things out," said Aubrey Jewett, a University of Central Florida political science professor. Procedurally, the Legislature is out of time to get something done by Friday’s scheduled adjournment of the 2018 session.

With time starting to run out to do anything, the action now moves to the House where support for a ban on assault weapons and for Second Amendment rights are stronger.

“The age thing is discriminatory to young adults,” said Sen. Baxley, R-Ocala, who voted against the bill.  “I’m an iconic figure on Second Amendment rights.  The symbolism of me, of all people, taking peoples’ rights. Is just hard for me to get my head around."

Baxley said there are still four days left in the session. One never knows what can happen.

“We’ll see,” he said with a smile. The House is scheduled to take up the bill Tuesday or Wednesday.

Capitol observers though think this may be the best lawmakers can do with the limited time they have on hand.

“I think the slaughter down south affected most if not all of them emotionally — so they really do want to do something,” said Jewett, watching the proceedings from Orlando. “But on the other hand, that runs into the wall of many of them are personally pro second amendment, and two, they also worry about offending the NRA. Thus, there is a limit to what they are willing to consider.”

Photos: Pro 2A Rally at the Capitol

1 / 25
Joe Rondone/Democrat
Rigo Carrigan of Polk County joins more than 100 people gathered at the Historic Capitol Sunday for a Pro-2A rally in favor of gun rights, an answer to the recent outcry for restricting the legalization of semi-automatic rifles and building stronger checks on gun ownership that have seen advocates in Florida and around the country.