How Madison Square Garden Co. is aiming to make every seat the best in the house 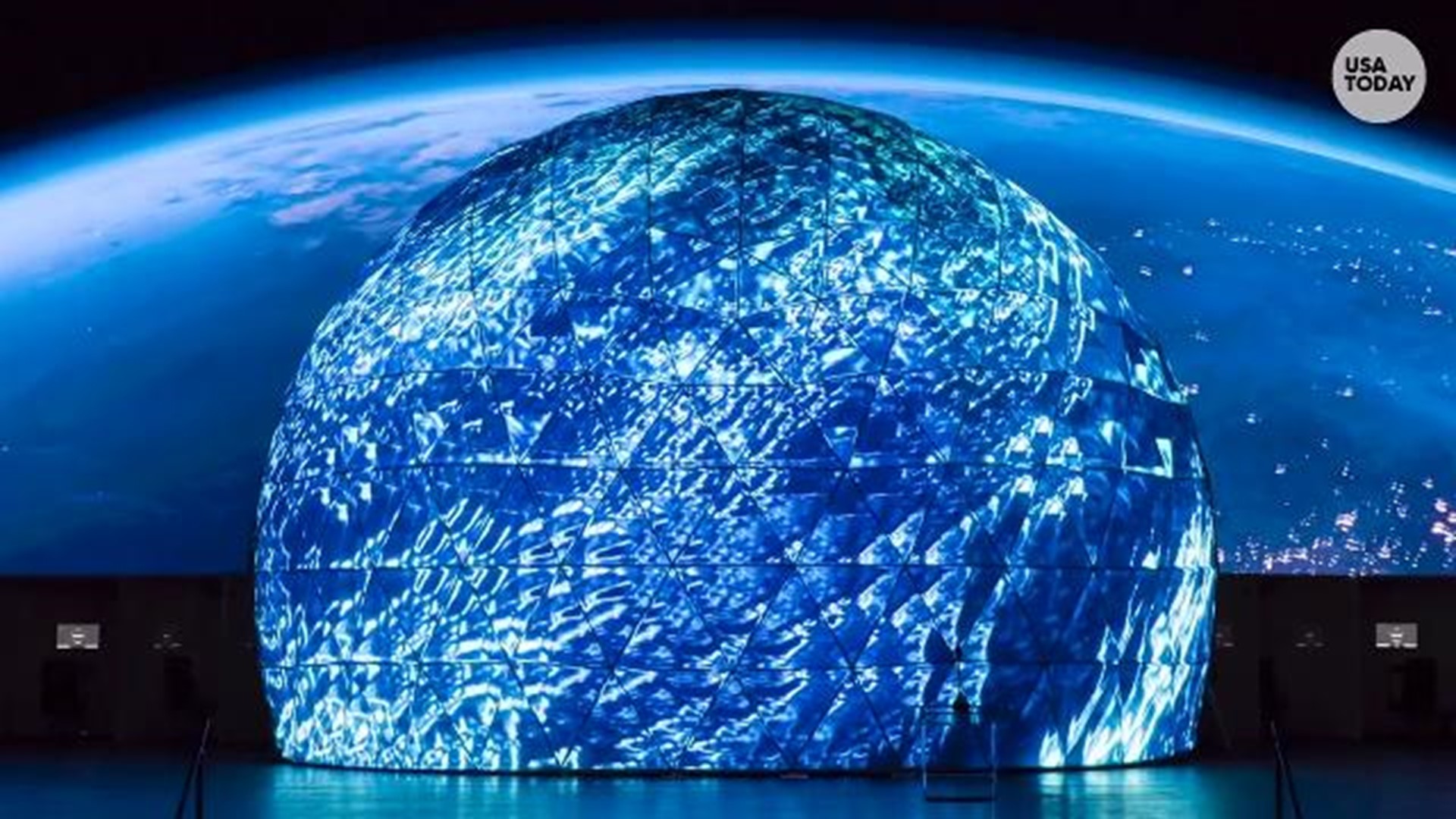 "You are hearing my voice from a speaker that is located on the rear stage wall more than a football field away from your current location."

The voice is not blasted at a high volume even though it is coming from 100 meters (about 328 feet) away on a speaker array in the back left corner of the Radio City stage. Yet it sounds nearly as loud and clear as if this reporter was standing directly in front of it.

"Welcome to the future of audio technology," the voice whispers.

The technology is known as beamforming audio, which sends sound directly to a specific location instead of blasting it over speakers spread through a venue. Developed by a German company called Holoplot, the system is one of the centerpieces for the Madison Square Garden Co.'s new 18,000 seat MSG Sphere arena, which the company announced Thursday would open in Las Vegas in 2020.

With Sphere, which breaks ground later this year near the Sands' Venetian and Palazzo complex, the company is aiming to transform the way audiences experience concerts and events with features that include Internet at each seat, bass pumped through the floorboards and screens that stretch across the ceiling. Sphere is, in part, a result of the formation of MSG Ventures, a division of MSG created following the $17.7 billion sale of cable operator Cablevision.

Watching people flock to Madison Square Garden for concerts by popular electronic dance music (EDM) artists Swedish House Mafia and Deadmau5, made CEO and executive chairman James Dolan want to figure out why people were there.

Unlike rock or hip-hop concerts, where artists sing and perform live, at EDM events "all of the artistry actually occurs prior to the show... And then the show is essentially run," Dolan says.

"What I got from that was it wasn't just about the performance and the lights and the music, it was about being together," Dolan told USA TODAY after a preview of the technology being incorporated into Sphere.

High-speed Internet at each seat

This new arena will be built for these type of experiences, with high-speed Internet at every seat and throughout the venue, allowing event-goers to share what is happening on stage with friends on social media and to create interactive experiences with performers and presenter on stage.

In an increasingly crowded Las Vegas arena market — the 650,000-square-foot T-Mobile Arena opened off the famous Las Vegas Strip in 2016 while the NFL's Oakland Raiders are building a $1.9 billion, 65,000 seat stadium also due to open in 2020 — Sphere needs a compelling angle to draw not just customers, but artists and events.

Credit: The Madison Square Garden Company
An example of an "underwater" performance at MSG Sphere.

No hockey or basketball here

"You will not see a hockey game, a basketball game in the Sphere," says Dolan, who also owns the New York Knicks, Rangers, and Liberty sports teams. "The most sports thing you'll ever see is a fight."

MSG is betting big on technology to add features to the Sphere to make it stand out for entertainment and conferences. Sphere's exterior is a dome that features 190,000 linear feet of LED lighting, or roughly 36 miles end-to-end, to enable it to be lit up or display images and video customized for each event that is taking place.

Credit: The Madison Square Garden Company
A rendering of the MSG Sphere.

A camera system located inside the dome will even be able to broadcast out to the outer shell, allowing the event inside to be viewed by anyone outside. A different camera system set up around the city will be able to virtually cloak the dome with real-time images and video of its surroundings, making it seemingly disappear.

Inside, 180,000 square feet, or about 4 acres, of a high-resolution screen stretches across nearly the entire arena's roof providing an immersive visual experience akin to a souped-up, 360-degree IMAX display. Radio City Music Hall, by comparison, has roughly 35,000 square feet of ceiling space.

And for those EDM fans, there is an area at the front of the stage that will pump bass through the floorboards for concerts, working in tandem with the Holoplot system to give fans a new way to feel the music.

While the large dome exterior and the massive interior display will catch people's eyes, it is the Holoplot system that has the potential to truly change the experience once inside.

In a different demonstration, the same speaker system played a German and English voice simultaneously.

While this would normally give headaches, thanks to the beamforming technology the system was able to direct the German to this reporter's spot and the English to a colleague only a few feet away. When we switched locations, I heard English clearly while he heard German.

And all this was without any fancy headphones or U.N.-style translation devices that have to be held up to your ear.

Credit: The Madison Square Garden Company
A demonstration of a car launch at the MSG Sphere venue in Las Vegas.

MSG has ambitious plans for the technology. While its debut in MSG Sphere may have to wait until 2020, David Dibble, CEO of the Ventures subsidiary that took a 25% stake in Holoplot, says the company hopes to bring the technology to Radio City later this year for the annual Rockettes Christmas show.

The company also has big plans for Sphere. Beyond Vegas, it has plans to open a venue in London while also exploring ways to bring some of it into people's homes, a move that would harken to Dolan's days in the cable business.

"We're building very large Spheres now, but we can build ones that are half the size, a quarter," Dolan says. "Ultimately we may be able to put one right in your home."

A "home dome," adds Dibble with a laugh.