21.7 inches of snow piled up in Duluth, Minnesota as of noon Sunday, making it the ninth-largest snowfall over two days on record. 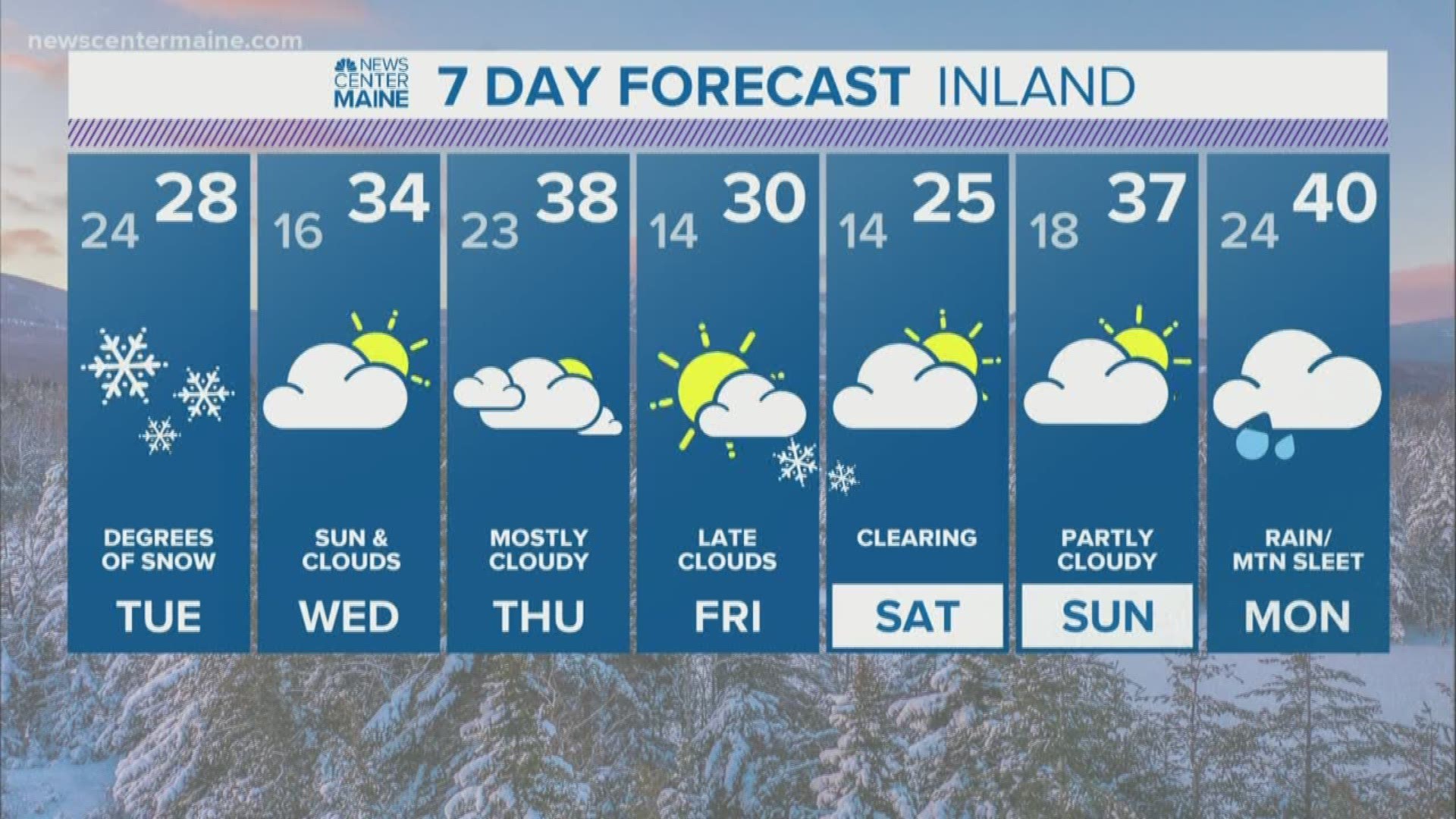 Massachusetts Gov. Charlie Baker has urged motorists to use caution during the Tuesday morning commute when the storm is expected to be at its height with snow falling at one to two inches an hour in certain locations.

The Republican said there were several crashes in the state Monday related to hazardous driving conditions. Baker urged businesses to let employees work from home if appropriate.

Baker said he’s not issuing a delay for state workers to show up for work.

State transportation officials said they have been sanding roads ahead of the second round of snow. By 2 a.m. Tuesday there will be about 2,700 plows and sanders battling the snow.

Boston Mayor Marty Walsh announced that the Boston Public Schools would be cancelling school for Tuesday. He said there’s not a parking ban in place.

RELATED: In an 'unprecedented effort,' Denver Public Works will be putting deicer on side streets one week after major storm

Residents of Duluth, Minnesota, and nearby Superior, Wisconsin, are digging out from a whopper of a snowstorm.

Nearly 22 inches of snow fell on Duluth in a Thanksgiving weekend blizzard that left streets impassable and shut down Interstate 35 south of town.

National Weather Service meteorologist Justin Schultz says 21.7 inches of snow piled up in Duluth as of noon Sunday, making it the ninth-largest snowfall over two days on record.

Schultz tells the Star Tribune, “This is definitely a storm that has some historical significance.”

On the Bayfield peninsula, 31 inches of snow was reported near Washburn, Wisconsin.

All main roads in Duluth have been plowed as of Monday morning. I-35 south of Duluth has reopened, but the pavement is slippery.

Round two of a one-two wintry punch could leave a foot of snow in some parts of southern New England, just a day after the first round of the storm dropped 12 inches or more in some areas.

The National Weather Service predicted that the Boston area could get 7 inches of snow Monday with lower amounts to the south and into Rhode Island and Connecticut.

Communities north of Boston, including Newburyport, could see a foot in the storm expected to reach its peak Tuesday morning, snarling the morning commute.

The National Park Service says parts of the Blue Ridge Parkway in North Carolina and U.S. 441 through Great Smoky Mountains National Park have been closed due to heavy snow predictions.

The Charlotte Observer reports the agency announced the closures Monday citing hazardous traveling conditions and strong wind gusts that could knock down branches and powerlines.

The agency says most of the parkway is forecast to receive anywhere from a dusting to more than 12 inches (30 centimeters) of snow Monday through Tuesday morning.

A winter storm warning and wind advisory were issued for western North Carolina through 7 a.m. Tuesday, with temperatures expected to fall to 28 degrees (-2 Celsius) Monday night.

More than 2 feet of new snow has fallen in the Sierra, where more than 6 feet has been recorded the past seven days at the top of some Lake Tahoe-area ski resorts.

Chain controls are in effect on most mountain passes, including U.S. Interstate 80 from Truckee to Kingvale, California.

The National Weather Service says 29 inches (74 centimeters) of snow fell at Northstar California ski resort near Truckee over the past 24 hours for a total of 73 inches (2 meters) in a week.

About a foot (30 cm) of new snow was reported at the south end of lake and at the Mount Rose ski resort near Reno.

New York Gov. Andrew Cuomo has declared a state of emergency for seven counties in the state.

He says he also deployed 300 National Guard members to assist with snow removal Monday in the Hudson Valley and Catskill Mountains in eastern New York.

Snowfall totals in New York since Sunday ranged from a few inches in western counties to more than a foot in the Albany area.

The nor’easter is expected to drop 10 to 20 inches of snow by Tuesday morning from Pennsylvania to Maine.