3 years later: Remembering the victims of the Pulse nightclub shooting

Several ceremonies are planned to mourn the 49 people killed in the mass shooting. 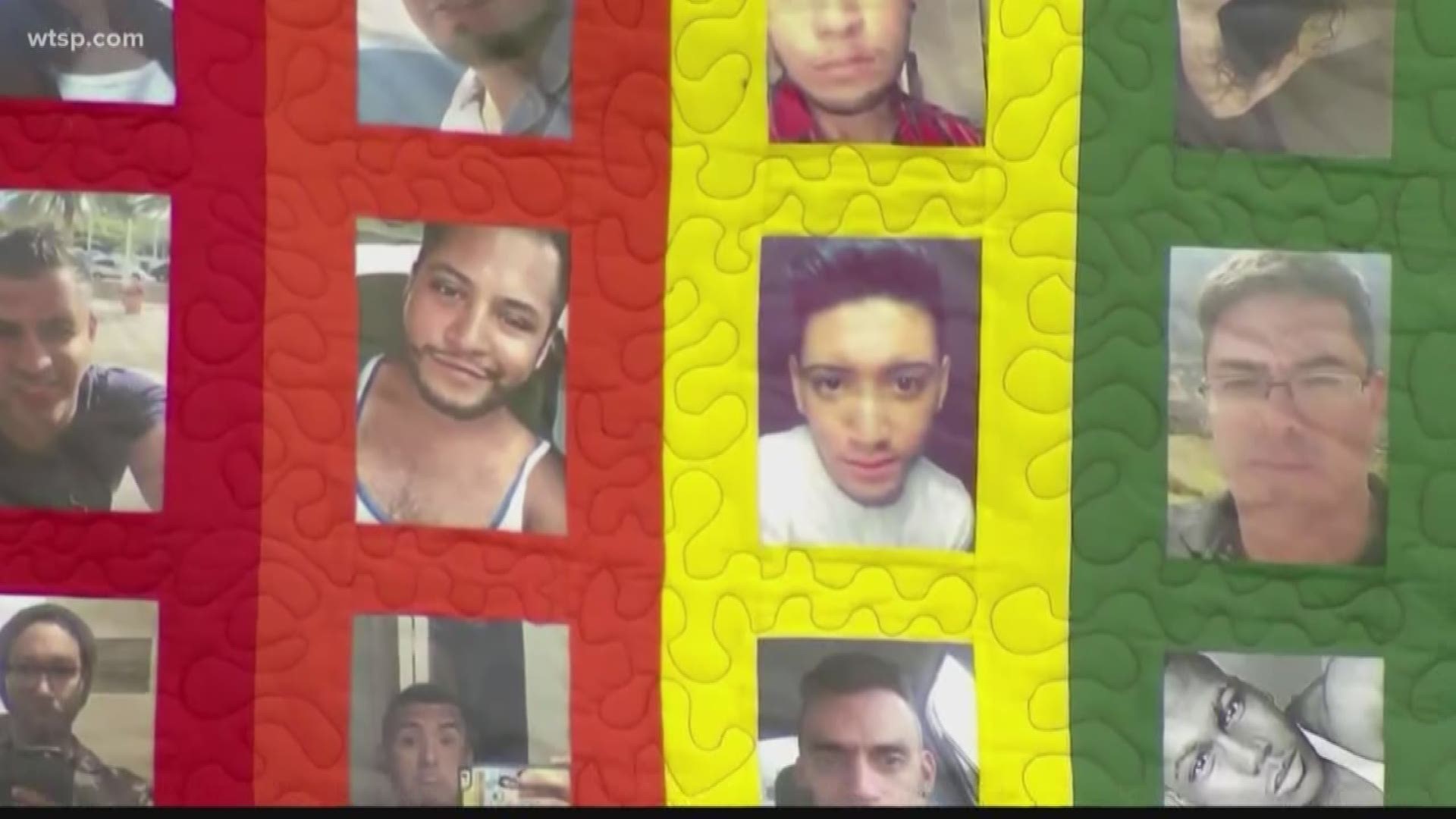 ORLANDO, Fla. — Wednesday marks three years since one of the deadliest shootings in U.S. history.

A gunman shot and killed 49 people and injured 53 others in the  Pulse nightclub shooting on June 12, 2016.

More than 600 churches around the world will ring their bells 49 times in honor of the victims starting at noon ET Wednesday. A ceremony is planned for 7 p.m. ET Wednesday outside the now-closed club.

Gov. Ron DeSantis ordered flags across the state of Florida to be flown at half-staff in observance of Pulse Remembrance Day. DeSantis also asked for state residents to pause for a moment of silence at 9 a.m. ET Wednesday.

OneBlood is holding a series of blood drives Wednesday to honor the victims and their families.

Members of central Florida's congressional delegation said Monday they were introducing legislation that would designate Pulse as a national memorial.

U.S. Reps. Darren Soto and Stephanie Murphy, both Democrats, said at a ceremony outside the former nightclub that the designation will preserve and protect Pulse for future generations and give it the federal recognition it deserves.

Pulse owner Barbara Poma has established a nonprofit to open a memorial and museum at the site. About $14 million has been raised for the $50 million project. Six design firms have been selected as finalists and the winner will be chosen in the fall. The permanent memorial and museum are scheduled to open in 2022.

Soto said the national memorial designation would allow the Pulse site to become part of the national park system while still allowing for the nonprofit to maintain control over it. Also backing the bill is U.S. Rep. Val Demings, D-Fla.

"This is an important step in preserving an LGBT historic landmark at a time when many of these sites are being destroyed," Soto said.

The Pulse shooting is considered the second deadliest mass shooting in U.S. history. A gunman shot and killed 58 people on Oct. 1, 2017, at the Route 91 Harvest music festival on the Las Vegas Strip in Nevada.

Previous: Remembering the victims of the Pulse tragedy

More: One year later: A timeline of the Pulse nightclub shooting and its aftermath