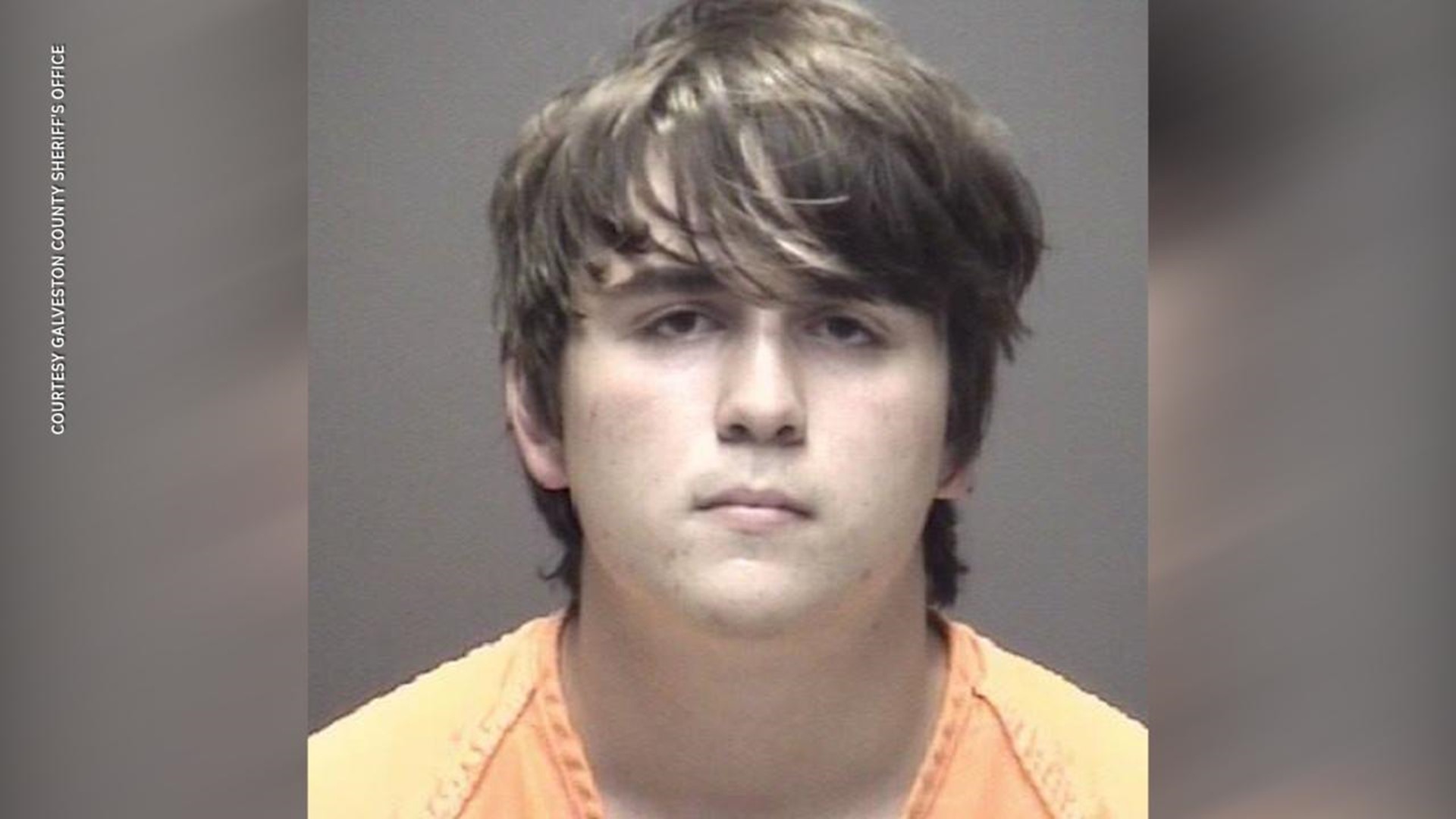 Credit: Facebook via USA TODAY NETWORK
A screenshot is shown from the Facebook social media account of Dimitrios Pagourtzis, 17, suspected in the shooting at Santa Fe (Texas) High School near Houston.

The suspect in Friday's school shooting may be considered an adult in Texas state courts, but he cannot face the death penalty, according to a 2005 federal Supreme Court ruling.

For 100 years, Texas has considered 17-year-olds to be adults when they commit crimes, according to research from The Marshall Project. And Dimitrios Pagourtzis was charged Friday as an adult with capital murder and aggravated assault on a peace officer.

But the 2005 high court ruling that bans execution of criminals younger than 18 and a 2012 ruling about juveniles facing life in prison mean that Pagourtzis could be up for parole after 40 years.

“The courts ruled based on the idea that those 17 and younger don’t have the cognitive development to appreciate right from wrong,” said Michael Radelet, a University of Colorado at Boulder sociology professor who has testified in more than 75 death-penalty cases. “Cases like this that are especially violent and an enigma make some people think they are more deserving of death, but the ruling is about the development of the juvenile brain.”

Pagourtzis sketched out plans for the grisly attack in his journal and home computer before entering Santa Fe High School in Texas where he was a student, killing 10 and wounding 13, prosecutors said.

Putting kids younger 18 to death was ruled cruel and unusual punishment in violation of the Eighth and 14th amendments, according to the 5-4 Roper v. Simmons case about the fate of Christopher Simmons, sentenced to death in 1993 for throwing a woman off a bridge.

In 2012, another landmark case, Miller v. Alabama, abolished mandatory life without parole for juveniles. That means Pagourtzis could be eligible for parole after 40 years in prison.

Beginning in 1642, at least 366 juvenile offenders have been executed in the United States, according to research by Victor Streib, a capital punishment expert. A total of 22 of those came between 1973 and 2005 — of those, two-thirds occurred in Texas.

In 2005, then Texas Gov. Rick Perry commuted the death sentences of 28 juvenile offenders in prison to bring the state into compliance with the Roper decision. He also signed a law that removed the possibility of parole, which the 2012 Supreme Court ruling struck down.

From 1973 to 2005, 226 juvenile death sentences were imposed with 22 resulting in execution. The last was in Oklahoma in 2003, according to Streib’s research.

► Motive? Authorities still trying to unearth the reason for Texas school shooting
► Mass shootings: Santa Fe High School in Texas is at least the 20th of 2018

“It’s wrong to say this young man can’t be held responsible for these crimes," Radelet said. "Forty years is a tough row to hoe, and even then a parole board might not agree he’s not totally damaged or able to make a satisfactory transition into the community in 2058.”

Texas is one of 31 states with the death penalty, but is slowly shedding its reputations as the top state to use it. The state has performed 551 executions since 1976, a little more than a third of executions nationwide.

A total of 243 people are on death row there today, according to the non-profit Death Penalty Information Center.