Two men and a woman were hospitalized with head injuries or severe bruises. 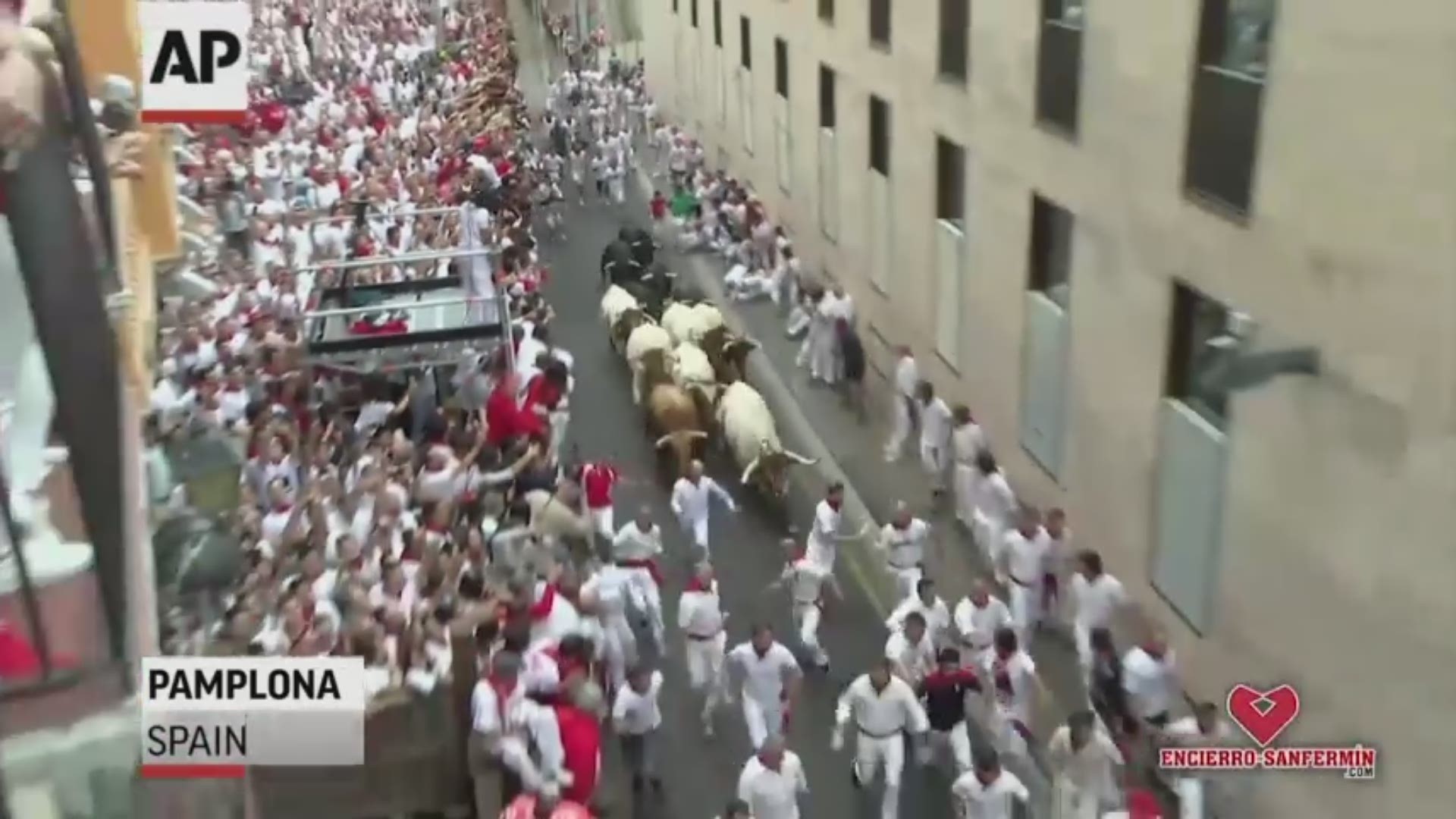 PAMPLONA, Spain — Editor's note: The video above is from the first day of the bull run.

The second day of bull runs at the San Fermin festival left five people injured, including one with a minor goring Monday, Spanish health officials said.

Two men and a woman were hospitalized with head injuries or severe bruises, said Tomás Belzunegui, a spokesman with the regional hospital in Pamplona.

Another runner was treated for bruises, and a fifth was gored in the back by a horn but didn't need hospital treatment.

The six bulls from the Cebada Gago ranch, which is known for raising ferocious beasts, were surrounded by tame cattle for most of the 930-yard (850-meter) route to the bullring, leaving runners scrambling for limited space close to their horns.

The race lasted 2 minutes and 23 seconds. Eight bull runs are held in Pamplona every July.

The festival, which attracts annually around a million people to the northern city, was immortalized in the 1920s by American novelist and Literature Nobel Prize winner Ernest Hemingway.