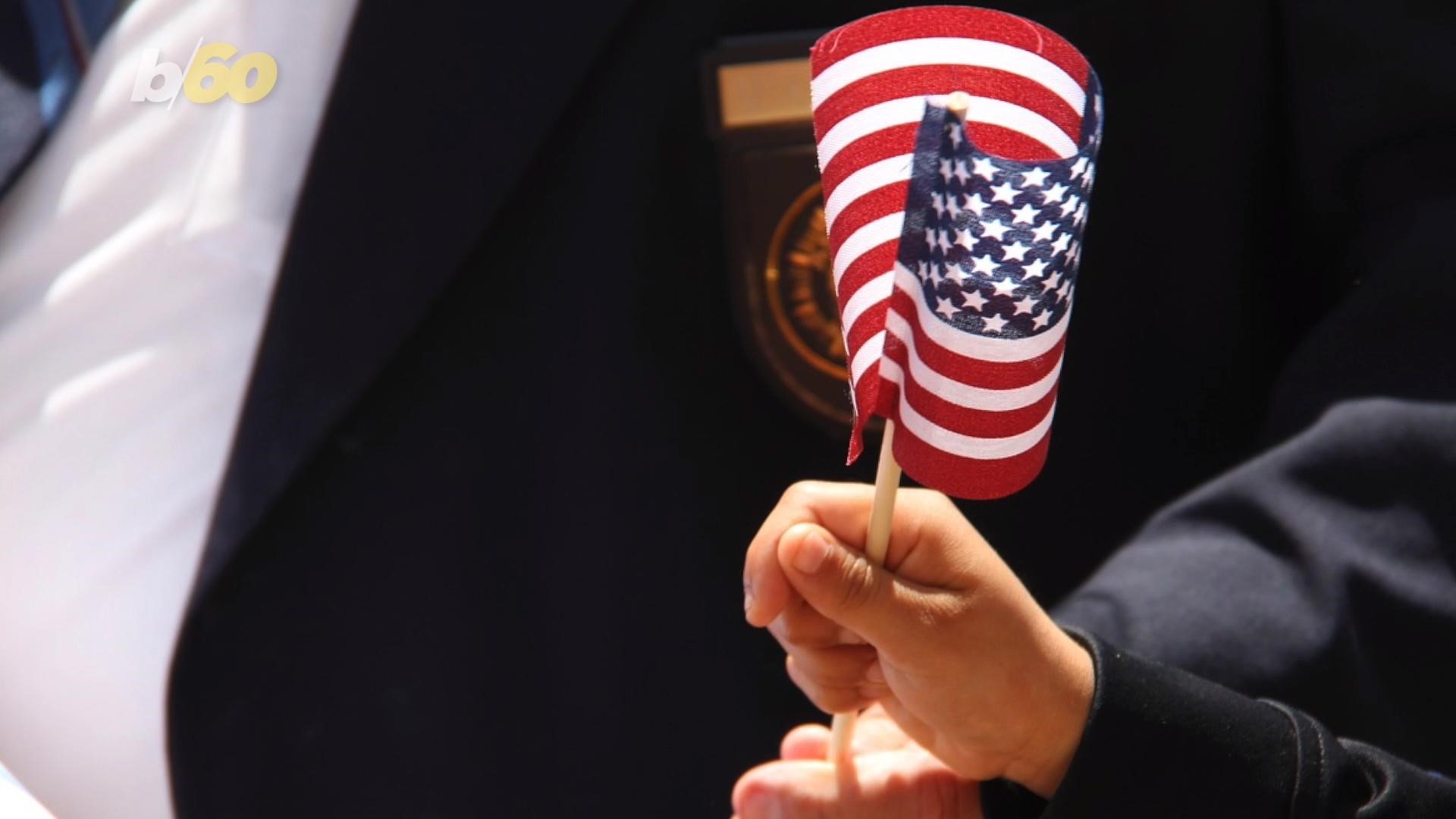 A World War II veteran is gaining well-deserved praise for his touching rendition of the national anthem performed on a harmonica.

On the day before Memorial Day, Pete DuPré, 96, had the honor of performing the Star Spangled Banner before the U.S. Women's national team's match against Mexico.

The crowd inside the New Jersey stadium erupted in cheers when DuPré hit the final notes.

The commentators called it "remarkable" and one even said it gave her chills listening to the veteran's patriotic performance.

Many on social media were equally as moved by the national anthem.

A Twitter user named Nicholas declared "there's no topping that" and said that from now on the Star Spangled Banner should always be done with a harmonica.

The moment was especially emotional for another Twitter user who said that it reminded her of her husband's grandfather, who was also a World War II veteran and would play the harmonica.

DuPré first met members of the U.S. Women's national team earlier this year when they visited the beaches of Normandy and were accompanied by World War II veterans.

After Sunday's match, the team shared video of the players saying goodbye to DuPré as they boarded the bus.

Credit: AP
Fans hold up a banner in support of the United States women's national team before they compete in the Women's World Cup during an international friendly soccer match between the United States and Mexico, Sunday, May 26, 2019, in Harrison, N.J. The U.S. won 3-0. (AP Photo/Steve Luciano)