ACM Awards brings live performances back to TV amid pandemic

After months of delay, the ACM Awards moved from Las Vegas to Nashville and is replacing gambling and after-parties with COVID-19 tests and face masks. 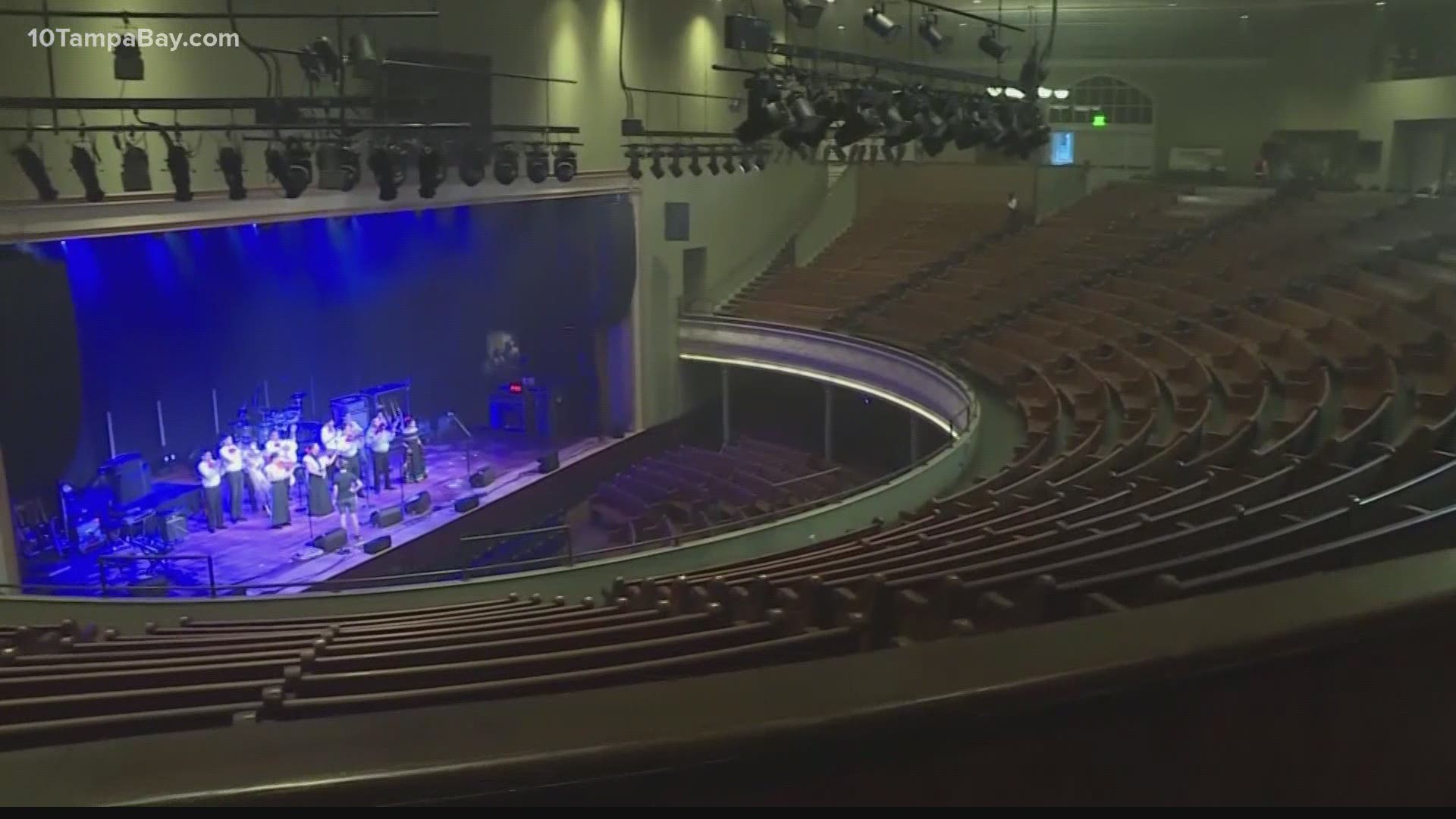 NASHVILLE, Tenn. — In surprise twist that fit an unexpected year of firsts, Carrie Underwood and Thomas Rhett tied for entertainer of the year at the Academy of Country Music Awards, the first time the top prize has been split between two artists.

Underwood and Rhett seemed equally taken aback after host Keith Urban announced the tie at the awards show held at the Grand Ole Opry House in Nashville, Tennessee, on Wednesday.

“Keith, what is happening right now?” Rhett asked, astounded, before thanking his family. Underwood appeared right after him remarking, “2020, man?” before adding, “I am more than happy to share this with Thomas Rhett.”

The show on CBS had been delayed for months because of the pandemic, moved from Las Vegas to Nashville for the first time and held without audiences in empty venues. There was a lot of anticipation for the show, which featured Taylor Swift making her first appearance at the ACMs in seven years.

Underwood's win is her third total in that category and Rhett's first win. They beat out other nominees Eric Church, Luke Bryan and Luke Combs. Coincidentally, a woman hasn't won that award since 2011 when Swift last won it. Swift delivered a simple acoustic performance of “betty” from her new album “Folklore,” on a darkened Opry House stage.

Combs still went home a winner by picking up album of the year and male artist of the year. After amassing tremendous streaming numbers and nine consecutive No. 1 country radio hits, Combs thanked fans for their support from the Bluebird Cafe.

“This is a lot to process right now, I just can’t believe this,” Combs said. “I just want to thank everybody in my life, my team, my beautiful wife and the fans. You guys have done everything for me.”

Credit: AP
Carrie Underwood accepts the entertainer of the year award in a tie with Thomas Rhett during the 55th annual Academy of Country Music Awards at the Grand Ole Opry House on Wednesday, Sept. 16, 2020, in Nashville, Tenn. (AP Photo/Mark Humphrey)

The awards show aired from empty venues in Nashville with no fans and no applause, even when winners got up live to accept their awards. Ramsey, the lead singer of Old Dominion, said the empty venue and quiet made him think of friends and family they had lost.

“I can feel them all,” Ramsey said. “They are so proud, and it’s such an honor to receive this in their presence.”

Urban noted all the changes this year for the show and for the country in general, saying 2020 has been an “unpredictable and unsettling year.” After noting wildfires on the West Coast, hurricanes in the South, Urban said the country is battling two pandemics: COVID-19 and social injustice.

Credit: AP
Thomas Rhett accepts the entertainer of the year award in a tie with Carrie Underwood during the 55th annual Academy of Country Music Awards at the Grand Ole Opry House on Wednesday, Sept. 16, 2020, in Nashville, Tenn. (AP Photo/Mark Humphrey)

“Far too many lives have been lost to both,” he said. “But the examples set by essential workers, our first responders, along with the voices crying out for equality in all walks of life, have echoed around the world and right here in our country community.”

Maren Morris, who was a leading nominee, won two awards, including female artist of the year and music event of the year, for a collaboration with Miranda Lambert, Caylee Hammack, Tenille Townes, Elle King and Ashley McBryde.

“This is so weird talking to no one, but I have so many people to thank. This is an award that I never expected to win,” said Morris, who thanked her husband and baby boy, Hayes, before blurting out “Oh my God, I have to pee!”

Blake Shelton and Gwen Stefani, weren't in Nashville, but turned a green screen room into a virtual replica of the Bluebird Cafe for their duet “Happy Anywhere.” Shelton won single of the year for his song, “God's Country.”

Lambert performed a stripped-down version of her No. 1 song “Bluebird,” at the Bluebird Cafe in a blue fringed shirt and a sparkly belt. Lambert’s vocals seemed to fill up the space in the tiny songwriters' club surrounded by tables and chairs, but no fans.

In awards announced before the show aired, Rhett also won music video of the year, while Townes won new female artist of the year. Riley Green won new male artist. Duo Dan + Shay won vocal duo of the year, their second win in that category in a row.

Underwood sang a tribute to iconic female Opry members, including Patsy Cline, Reba McEntire, Martina McBride, Barbara Mandrell, Loretta Lynn and Dolly Parton. She effortlessly breezed through snippets of classics like “Crazy,” “You Ain’t Woman Enough,” “Why’d You Come in Here Lookin’ Like That,” and “Fancy.”

“They are some of my heroes and I am so honored to stand alongside them as a fellow member of the Opry,” said Underwood, who sang her heart out to a venue that flickered with lights where people should have been.