Officials say the cards were shipped from China. 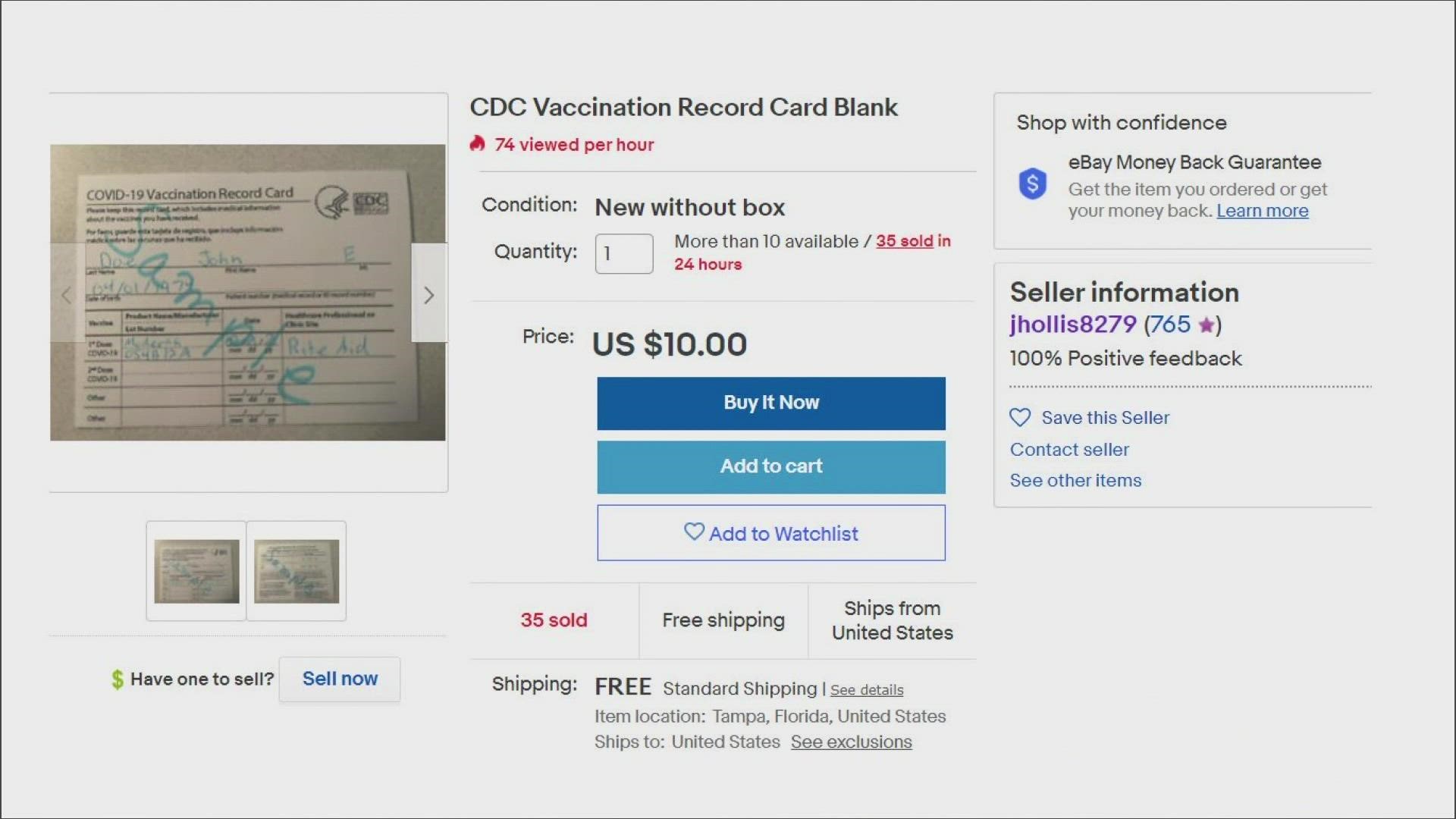 ANCHORAGE, Alaska — More than 3,000 fake COVID-19 vaccination cards have been confiscated at cargo freight facilities at the Anchorage airport as they were being shipped from China, officials said Thursday.

Officers from U.S. Customs and Border Protection seized the cards in the past week as they arrived in small packages, said Jaime Ruiz, an agency spokesperson.

There were between 135 and 150 packages found in Anchorage, all sent by the same person in China, Ruiz said. The packages contained small amounts of the fake cards, about 20 or 25 each.

RELATED: If you buy or sell a fake COVID-19 vaccination card, you could face up to 5 years in prison

The cards confiscated in Anchorage closely resemble the authentic Centers for Disease Control and Prevention certificates given out by health care workers when U.S. citizens receive their vaccinations, the agency said. However, this shipment had cards that exhibited low-quality printing.

The seizure comes as a cottage industry for counterfeit cards has sprung up online to accommodate people who say they won’t get vaccinated for either personal or religious reasons.

The Federal Aviation Administration ranked Memphis and Anchorage among the busiest cargo airports in the U.S. in 2020.

“Getting these fraudulent cards off the streets and out of the hands of those who would then sell them is important for the safety of the American public,” Lance Robinson, the agency’s director in Anchorage, said in a statement.

Other federal agencies are investigating the shipments.