The FAA said the pilots of the 737 plane reported engine trouble and had been trying to return to Honolulu. The NTSB is sending a team of investigators. 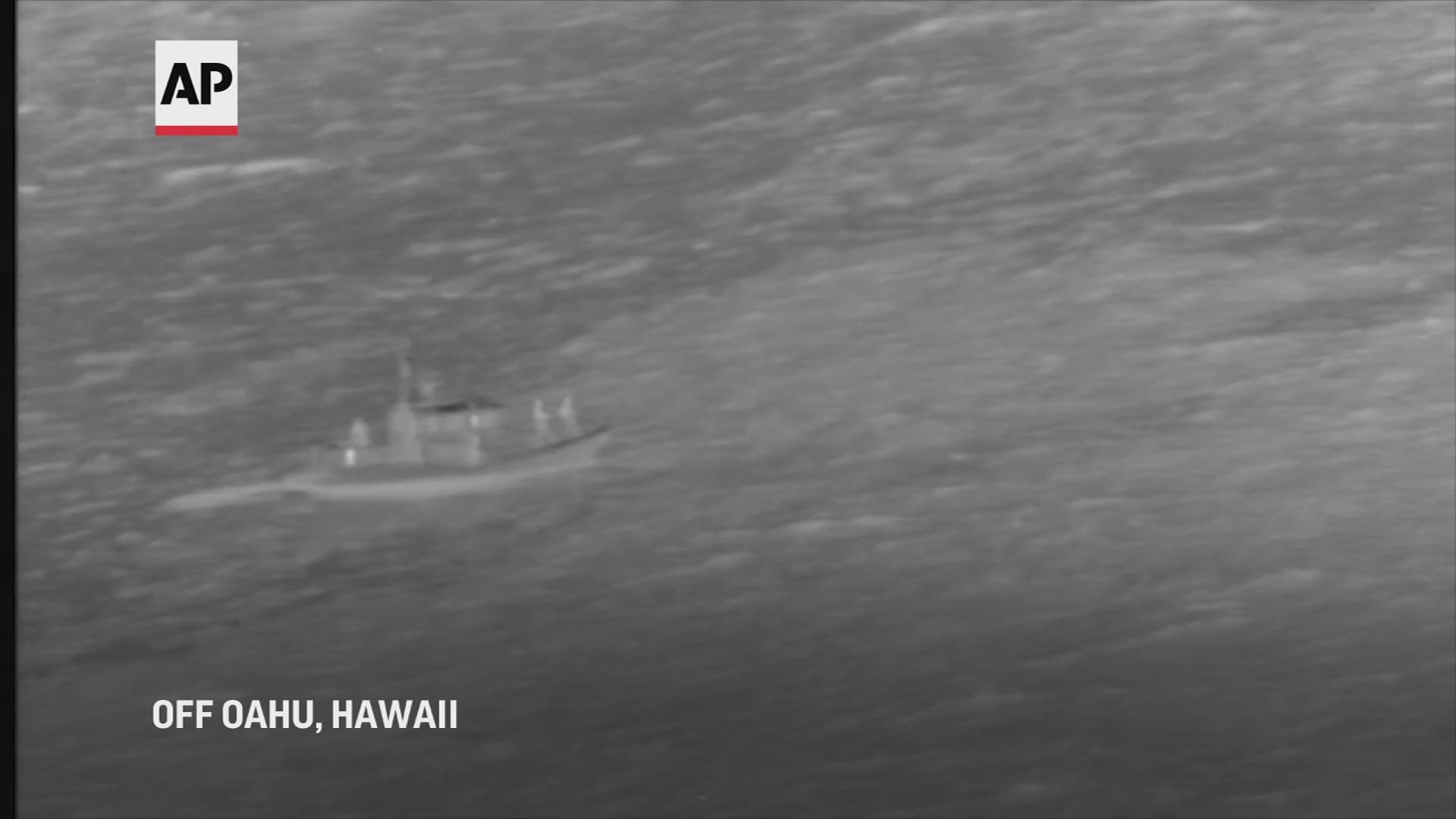 WASHINGTON — A Boeing 737 cargo plane had to make an emergency landing in the Pacific Ocean off the coast of Honolulu early Friday morning, according to the Federal Aviation Administration.

The pilots of Transair Flight 810 had reported engine trouble and were attempting to return to Honolulu when they were forced to land the aircraft in the water off the coast around 1:30 a.m. local time on Friday, the FAA said in a statement.

Both pilots were rescued, the FAA said.

Air traffic control communications captured the moments before the crash.

“We’ve lost No. 1 engine, and we’re coming straight to the airport," one of the pilots said. "We’re going to need the fire department. There’s a chance we’re going to lose the other engine too, it’s running very hot. We’re very low on speed. It doesn’t look good out here.”

The pilot said they weren’t carrying hazardous materials and had two hours’ worth of fuel.

The pilots asked the tower to advise the Coast Guard and then asked if there was a closer airport than Honolulu.

There is no response.

“Looks like they went down in the water,” the tower says.

Later, a rescuer in a dispatched U.S. Coast Guard helicopter said: “We do have an aircraft in the water ... we’re currently overhead (the) debris field.”

Minutes later, “We have zero-two souls in sight in the water.”

The tower responded, “OK, so you have both guys, both souls in sight?”

“Both souls in sight, yes sir,” the rescuers responded.

The pilots were not in a life raft when they were rescued.

One person was hoisted into the helicopter and taken to Queen's Medical Center, Evelyn said.

Hospital officials told Hawaii News Now that the 58-year-old pilot who was airlifted from the scene was in critical condition. The Honolulu Fire Department rescued the other pilot, who was taken to the hospital in serious condition.

According to the state Department of Transportation, the plane debris was found about 4 miles off Oahu, Hawaii News Now reported. The plane was flying from Honolulu to Maui.

Evelyn told AP that the plane debris remains in the ocean and officials plan to evaluate the pollution when its light out.

The NTSB said it is sending a team of investigators to look into the crash.

CNBC noted the cargo aircraft was not a 737 Max, the Boeing plane which had been grounded for more than a year after two deadly crashes.

The flight tracking site Flightradar24 reported this particular 737-200 plane was built in 1975.

A 737-200 cargo aircraft operated for Transair by Rhoades Aviation made an emergency landing in the water near Honolulu after reportedly suffering engine trouble. The FAA reports that both crew members have been rescued. ADS-B data is available at https://t.co/lsdJ4WlkHy pic.twitter.com/8D71tEQ3wy

On its website, Transair describes itself as one of Hawaii's largest air cargo providers, with a fleet of five Boeing 737 and five Bombardier SD3-60-300 aircraft.

Boeing said in a statement: “We are aware of the reports out of Honolulu, Hawaii and are closely monitoring the situation. We are in contact with the U.S. National Transportation Safety Board and are working to gather more information.” 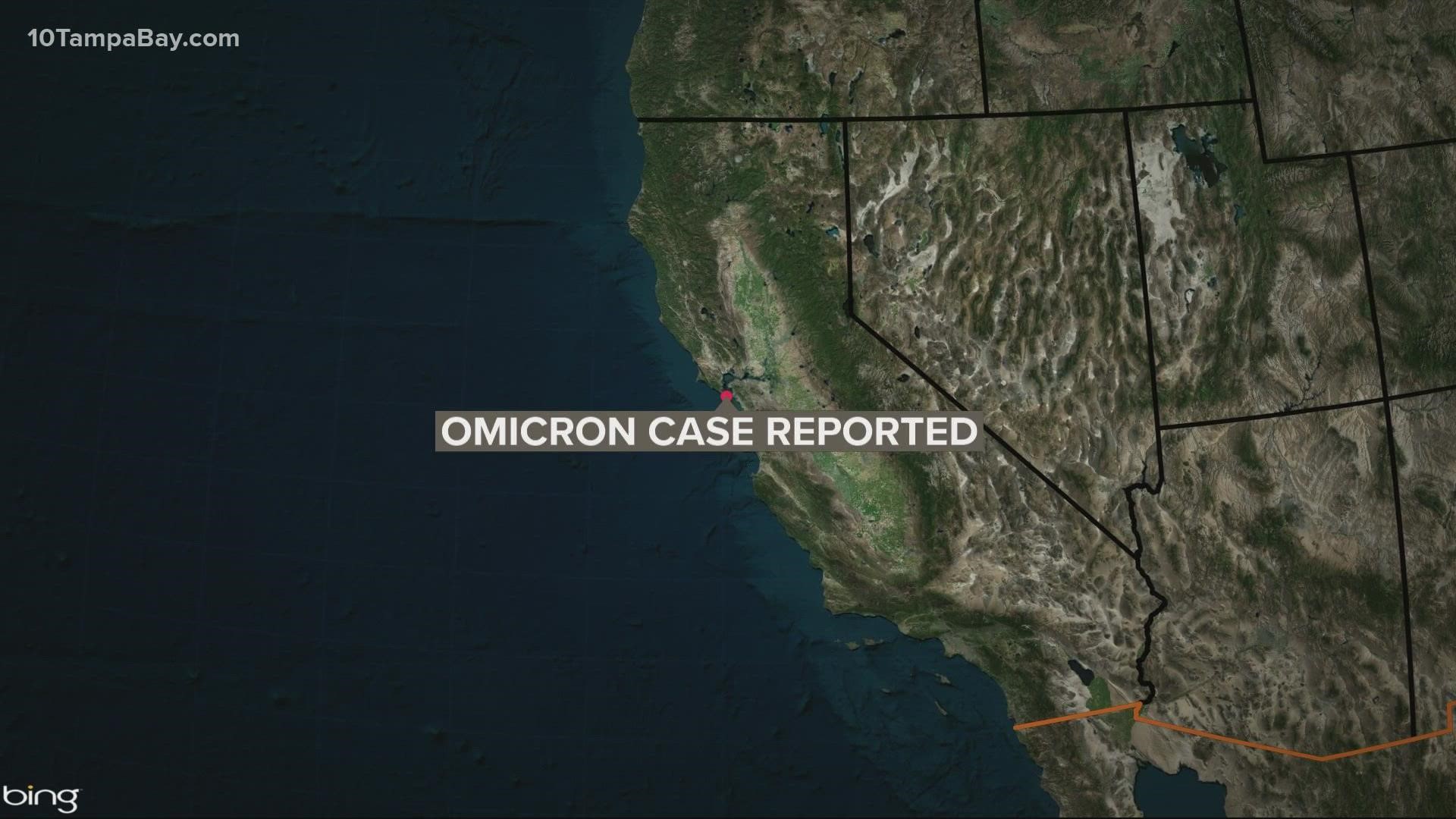 California has the first omicron variant case in the United States