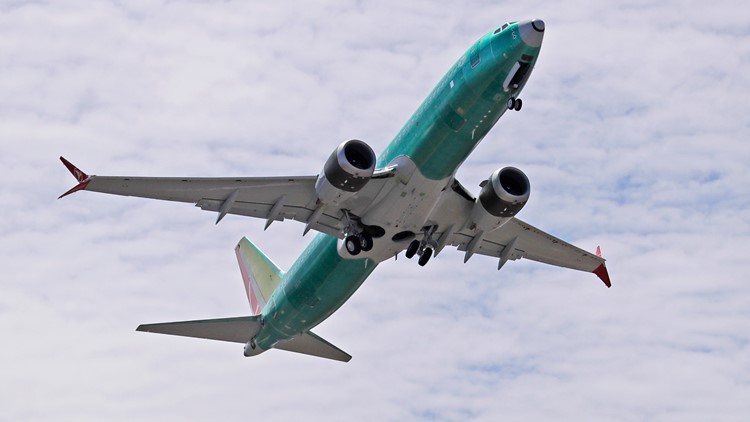 Boeing finds another flaw on the 737 Max

CHICAGO — It’s the latest chapter in what seems to be a never-ending saga for America’s premier aircraft producer. Boeing is working to get its 737 Max back in the air, but a top-to-bottom search for potential safety risks may have uncovered a design flaw.

The New York Times reported two of the plane's critical wiring bundles could be too close together. According to the Times, Boeing is trying to figure out if that could cause a short circuit – and ultimately cause a crash.

A Boeing spokesperson told CNN, the discovery was made during the company’s "rigorous process" to make sure its planes are safe.

"We are working closely with the FAA and other regulators on a robust and thorough certification process to ensure a safe and compliant design," the spokesperson said to CNN.

But the 737 Max may not be the only plane with this potential problem.

The New York Times says Boeing may have to reexamine the wiring on its 737 NG – and there are about 6,800 of those aircraft in service all around the world.

Boeing grounded all of its 737 Max planes after two deadly crashes in less than six months.

When Lion Air Flight 610 plunged into the Java Sea, 189 people were killed.

Both disasters were blamed on faulty software designed to prevent the planes from stalling – but sent them into nosedives.

The Times reports Boeing’s fix has not yet been approved.

Flowers are left at the scene where the Ethiopian Airlines Boeing 737 Max 8 plane crashed shortly after takeoff on Sunday killing all 157 on board, near Bishoftu, south of Addis Ababa, in Ethiopia Wednesday, March 13, 2019. The black box from the Boeing jet that crashed will be sent overseas for analysis but no country has been chosen yet, an Ethiopian Airlines spokesman said Wednesday, as much of the world grounded or barred the plane model and grieving families arrived at the disaster site. (AP Photo/Mulugeta Ayene)
AP