California police recover stolen car with casket and body inside

Officials said it wasn't clear whether or not the individual who stole the vehicle realized there was a body in the back. 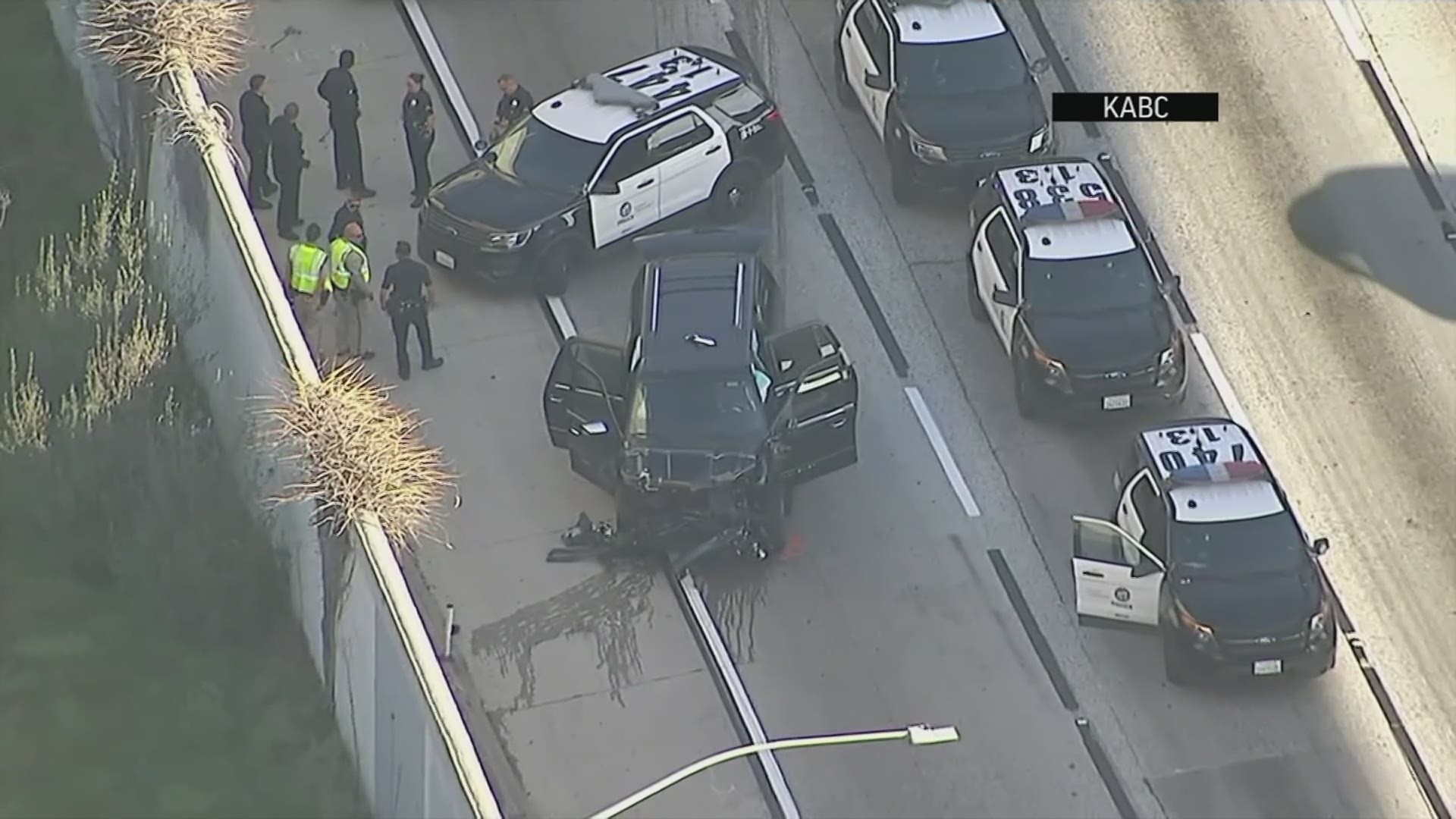 Authorities have recovered a stolen hearse with a casket and body inside after a police chase Thursday morning on a Los Angeles freeway.

The Lincoln Navigator was stolen from outside a Greek Orthodox church in East Pasadena on Wednesday night.

The Los Angeles County Sheriff's Department said the body was found in a casket and one person is in custody.

Early Thursday morning, the sheriff's office posted a tweet asking the suspect who took the Black Lincoln Navigator to return the body.

"Out of all the bad decisions you have made, at least make one good one & bring back the deceased person & casket inside the Navigator," they wrote, addressing the suspect or suspects directly in a tweet.

Sgt. Francine Rizzio told the Pasedena Star-News the car belonged to the mortuary contracted to bring two bodies to the church. The car was stolen while the mortuary employee was transporting the first body from the car to the church.

Officials told the Washington Post the deceased person was an adult female, but did not identify her. Deputy Marvin Crowder told the Post no arrests had been made and the motive remains unclear. He said it wasn't clear whether or not the individual who stole the vehicle realized there was a body in the back.

Authorities say the body did not appear to have been disturbed.