Those in attendance shared stories about how RBG impacted their lives and ways they plan to honor her legacy. 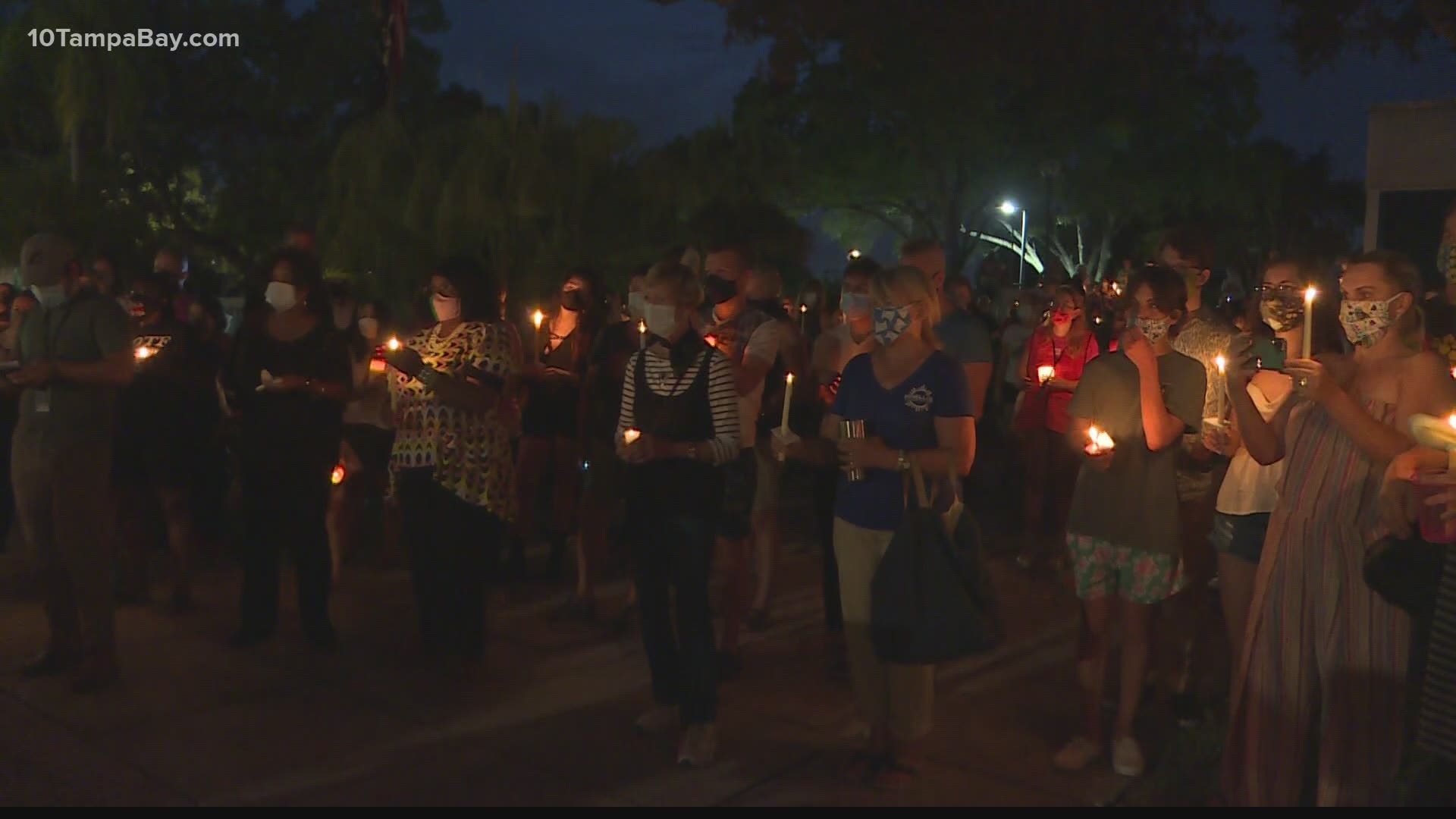 ST. PETERSBURG, Fla — The St. Petersburg Judicial Building was illuminated by the flames of candlelight, lit by those mourning the death of Supreme Court Justice Ruth Bader Ginsburg.

Ginsburg, a champion of women's rights and the Supreme Court's second female justice appointed when she took her seat in 1993, died Friday of metastatic pancreatic cancer at age 87, according to the U.S. Supreme Court.

In the wake of her death, thousands across the U.S. are honoring her legacy, while taking time to mourn a woman commonly referred to as an icon.

A group in St. Petersburg joined in celebrating Ginsburg's memory. Honoring her with a candlelight memorial where some shared stories and others called for action.

"Supreme Court Justice Ruth Bader Ginsburg was a fierce champion of justice and equality throughout her life and on the Supreme Court. We owe her an enormous debt of gratitude and we must fight hard to uphold the ideals of equality and justice she dedicated her life to," Progress Florida wrote in a release.

The event was launched by USFSP students who are part of the Planned Parenthood Generation Action group.

"She gave all she could, with literally all she had. Now it’s our turn," the group wrote in its call to encourage the public to attend.

The memorial was said to be held in solidarity with a vigil at the U.S. Supreme Court.