A tanker truck and a bucket truck were among the vehicles involved in the wreck. It shut down eastbound lanes of the Hampton Roads Bridge-Tunnel for several hours. 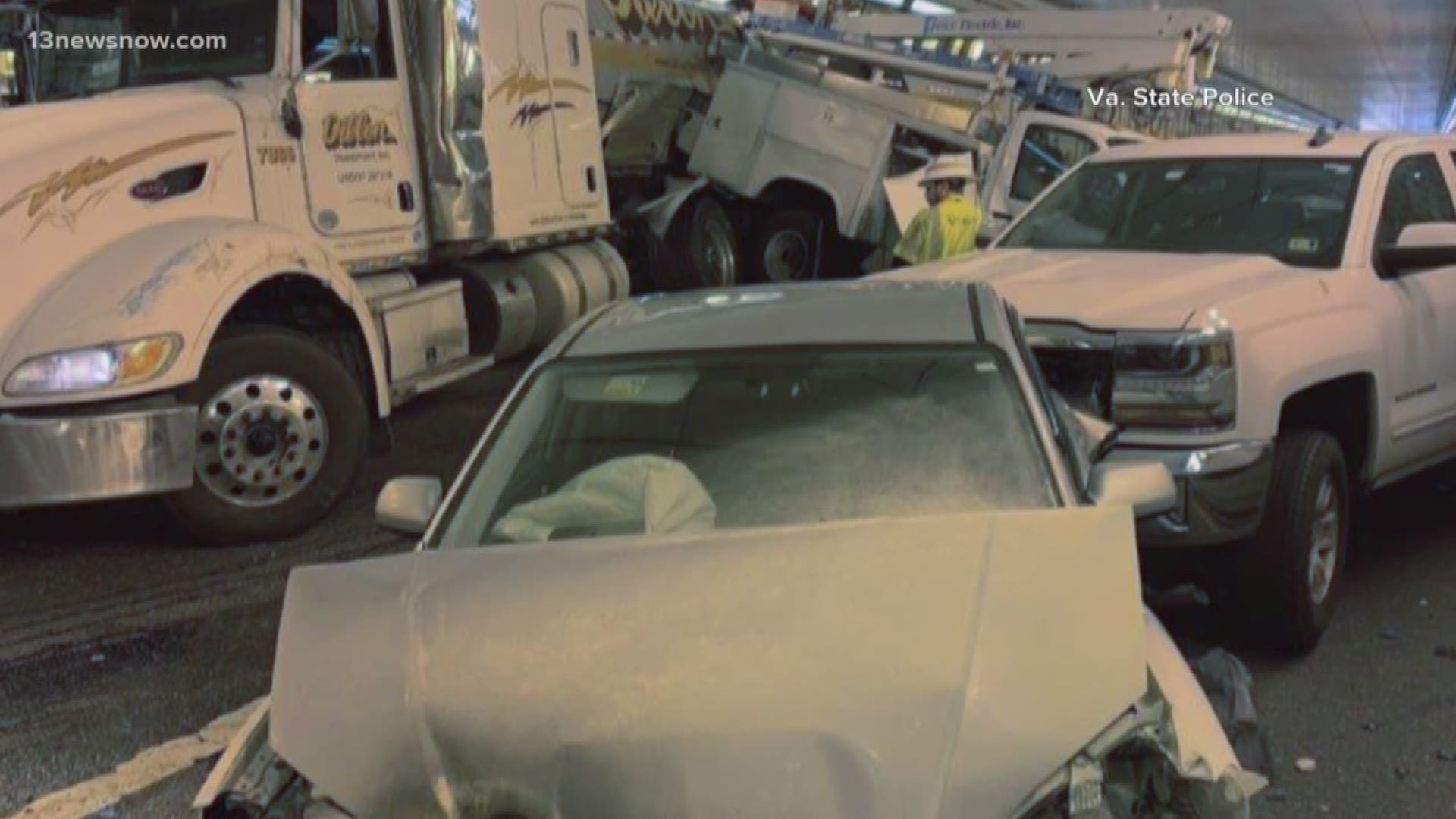 HAMPTON, Va. — An eight-vehicle crash in the eastbound lanes of the Hampton Roads Bridge-Tunnel caused VDOT to redirect traffic for several hours on Wednesday morning.

According to State Police Sgt. Michelle Anaya, shortly before 8:30 a.m. the driver of a Ford F-350 bucket truck swerved to avoid stopped traffic, then rear-ended a vehicle and swerved into the path a 6,500-gallon tanker truck.

The tanker truck hit the tunnel wall and caused the F-350 to jackknife into it and another vehicle. That caused a chain reaction. Troopers initially said seven vehicles got caught up in the wreck, but later updated the number to eight.

Hampton Fire-Rescue originally reported that medics took two people to the hospital for minor injuries. In an update, it said only one person was transported.

Anaya said the tanker truck was loaded with hot tar.

At about 11:15 a.m., state troopers said eastbound lanes of traffic were reopened.

State Police said the driver of the bucket truck, 22-year-old William Lewis Marakos of Williamsburg, is charged with following too closely.