Mystery seeds from China in your mailbox: Scam or invasive species?

People across the country are reporting getting seeds they never ordered in their mailboxes. The USDA is testing them. 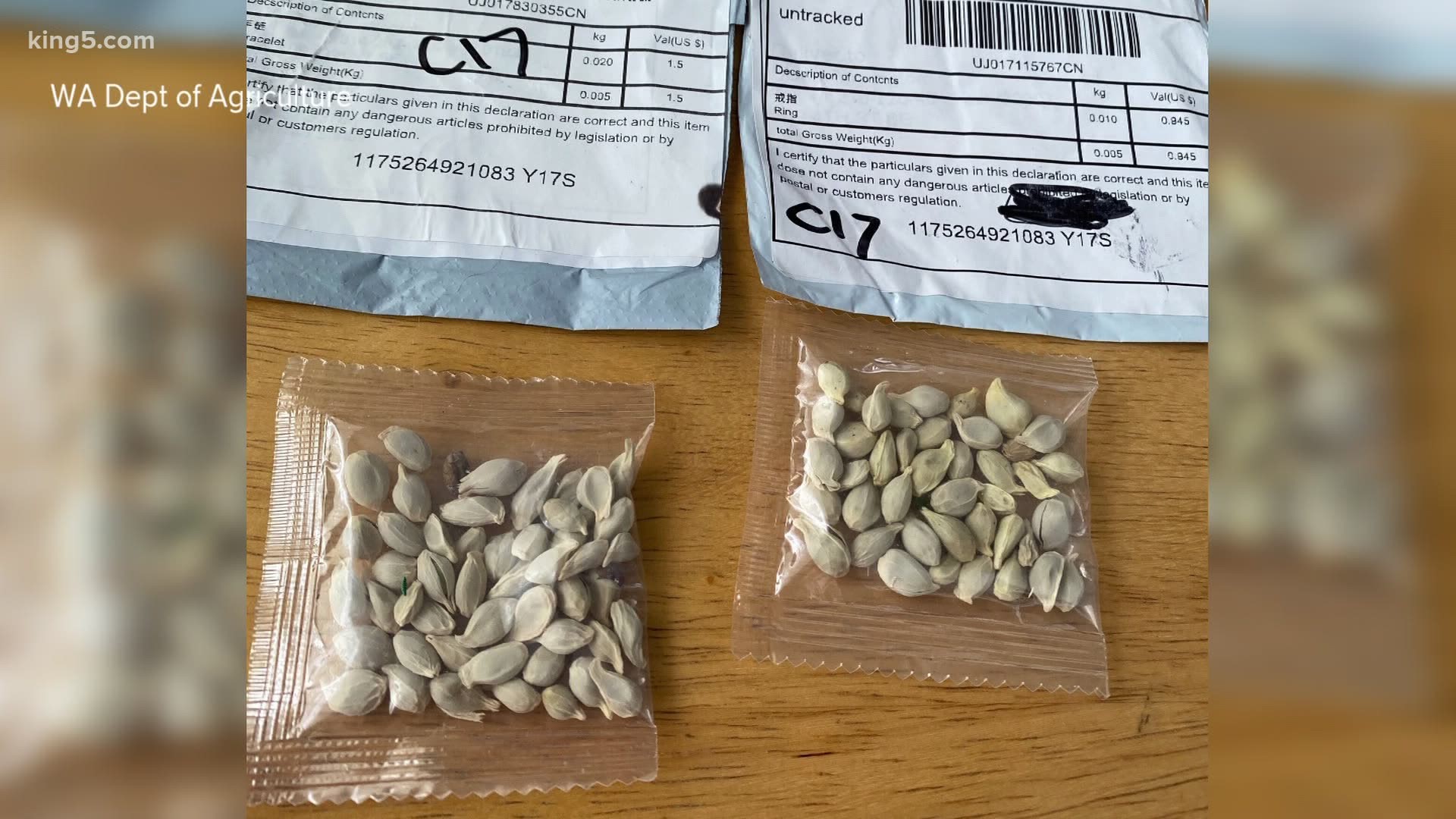 People in multiple states have mysteriously been receiving unsolicited packages of seeds that appear to be mailed from China. While it's believed to be a marketing scam, it could be something potentially damaging to native plant species.

The U.S. Department of Agriculture says this appears to be a “brushing scam." That's when the seller who sent the item posts fake customer reviews to increase sales.

But to be safe, the agency says it is investigating and testing the seeds to make sure they are not a danger to American agriculture or the environment.

Georgia's agriculture commissioner said his agency has been hearing of reports from all over the country. Gary Black said he doesn't know what the seeds are, but said they could potentially be an invasive plant species that can "wreak havoc on the environment, displace or destroy native plants and insects and severely damage crops."

RELATED: 'Use extreme caution': Unsolicited packages of seeds from China showing up in Georgia mailboxes

The Washington state Department of Agriculture says if they are invasive plants, they harbor pests and diseases for which native plants have no defense. It could also be toxic to livestock, other animals and even humans.

Anyone who has received an unsolicited package of seeds should not plant the seeds. USDA says recipients should immediately contact their state plant regulatory office or the USDA’s Animal and Plant Health Inspection Service's State plant health director. Hold onto the seeds, packaging and mailing label until one of those agencies responds with further instructions.