Chinese exports jump, gap with US grows as tensions persist 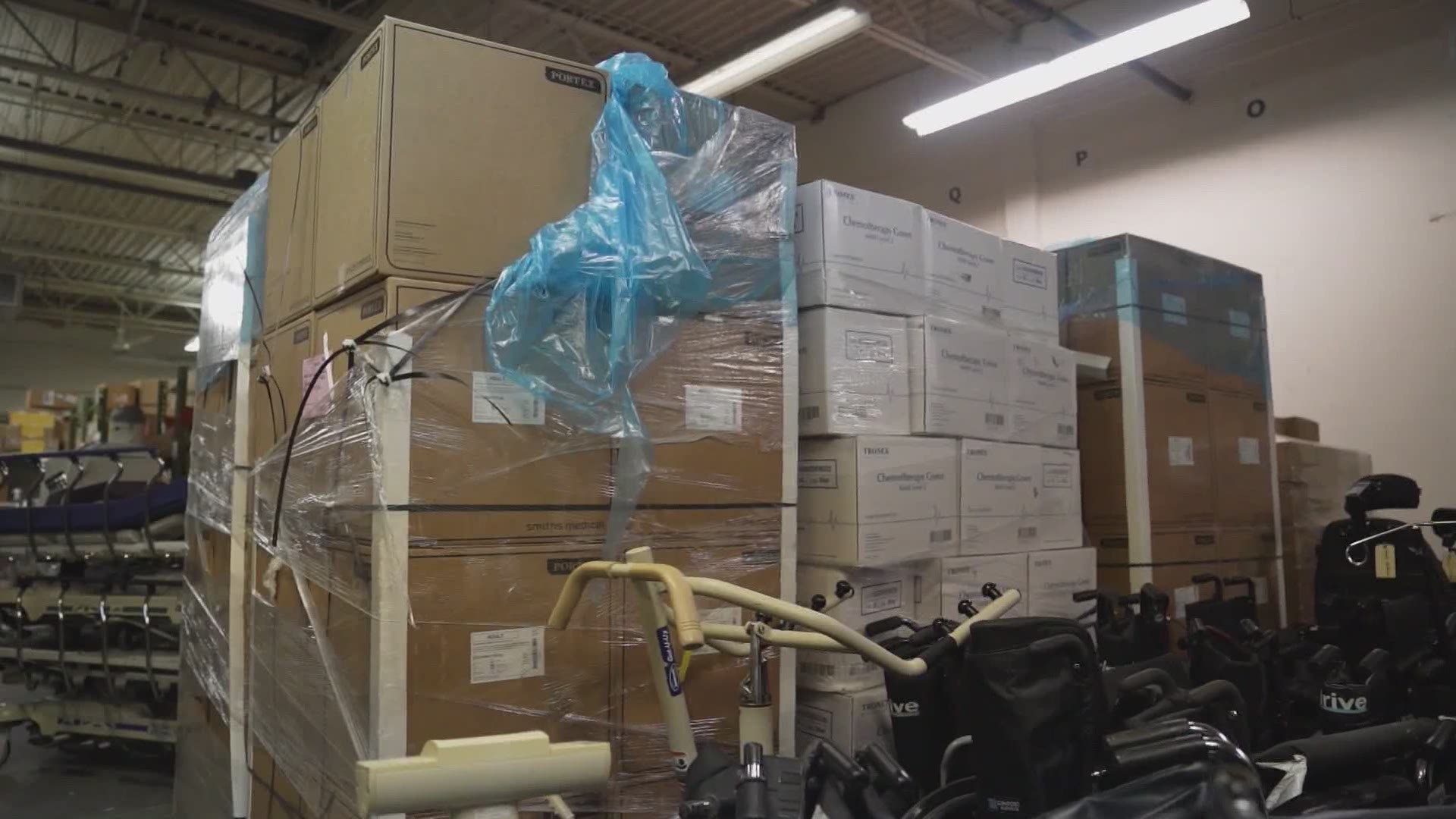 China's exports and imports surged in May and its politically sensitive surplus with the U.S. grew as the pandemic was waning in important markets in the West.

Customs data released Monday showed China's exports rose 28% from a year earlier and imports soared 51%, but growth was leveling off after the country's stunning recovery from the slump early in 2020.

Three years into a tariff war with Washington, tensions over the trade gap persist even with business recovering from last year's shocks as vaccinations rates rise.

Last week, President Joe Biden issued an executive order expanding the number of Chinese companies that will be off-limits to U.S. investors in the latest indication he his administration has not softened Washington's stance on alleged security risks from companies U.S. officials say are linked to the Chinese "military and industrial complex."

Over the weekend, U.S. Trade Representative Katherine Tai said at a virtual meeting of the Asia-Pacific Economic Cooperation forum that a "significant imbalance" remains in trade between the two largest economies that was "damaging in important ways to the American economy."

Biden has embraced a return to multilateral forums like the APEC and the World Trade Organization, a rules-making body that Washington says requires significant reforms. In the meantime, progress toward resolving the tariffs war that began under his predecessor, former President Donald Trump, has been fitful.

China has led the global recovery from the pandemic, which is still raging in many parts of the globe but receding in places where vaccinations have been widely deployed. Chinese manufacturers have benefited from strong demand for protective gear and other products as other countries battled COVID-19, gaining market share from their competitors.

The customs data released Monday showed exports rose 28% from a year earlier and imports soared 51% — at the fastest annual pace in over a decade. Total exports climbed 40% in the first five months of the year from a year earlier. They were up 29% from the same period in 2019.

The base level boost from last year's slump is fading, however, and the $263.9 billion in Chinese exports in May was about level with the previous month. China's imports of $218.4 billion in May were 1.2% lower than in April.

While the increase in exports was robust in May, it was slower than some economists had forecast. Analysts said one reason might be delays at ports in southern China, the main shipping hub, due to increased precautions to fight an outbreak of coronavirus cases in that part of the country.

Shortages of semiconductors that are plaguing many industries have likewise hit exports of electronics. Demand for products that surged while people were staying home due to the pandemic, such as toys and furniture, also is weakening, Julian Evans-Pritchard of Capital Economics said in a commentary.

"Headline trade growth remained elevated last month. But trade volumes dropped back in levels terms and, while supply constraints are partly to blame, there are signs that demand may be peaking, too," he said.

A key factor behind last month's rapid increase in imports was rising prices for oil and other commodities needed to fuel the country's industries. But it also reflects stronger demand for the inputs needed to make so much of what China exports.

That is helping neighboring countries in Asia that supply many such goods, such as electronics components. Imports from the 10-nation Association of Southeast Asian Nations soared nearly 54% from a year earlier, to $33.1 billion. Exports to the region, where many countries are contending with their worst coronavirus outbreaks so far, rose 40% to $39.2 billion.