The family claims the young girl asked her grandfather to lift her up. 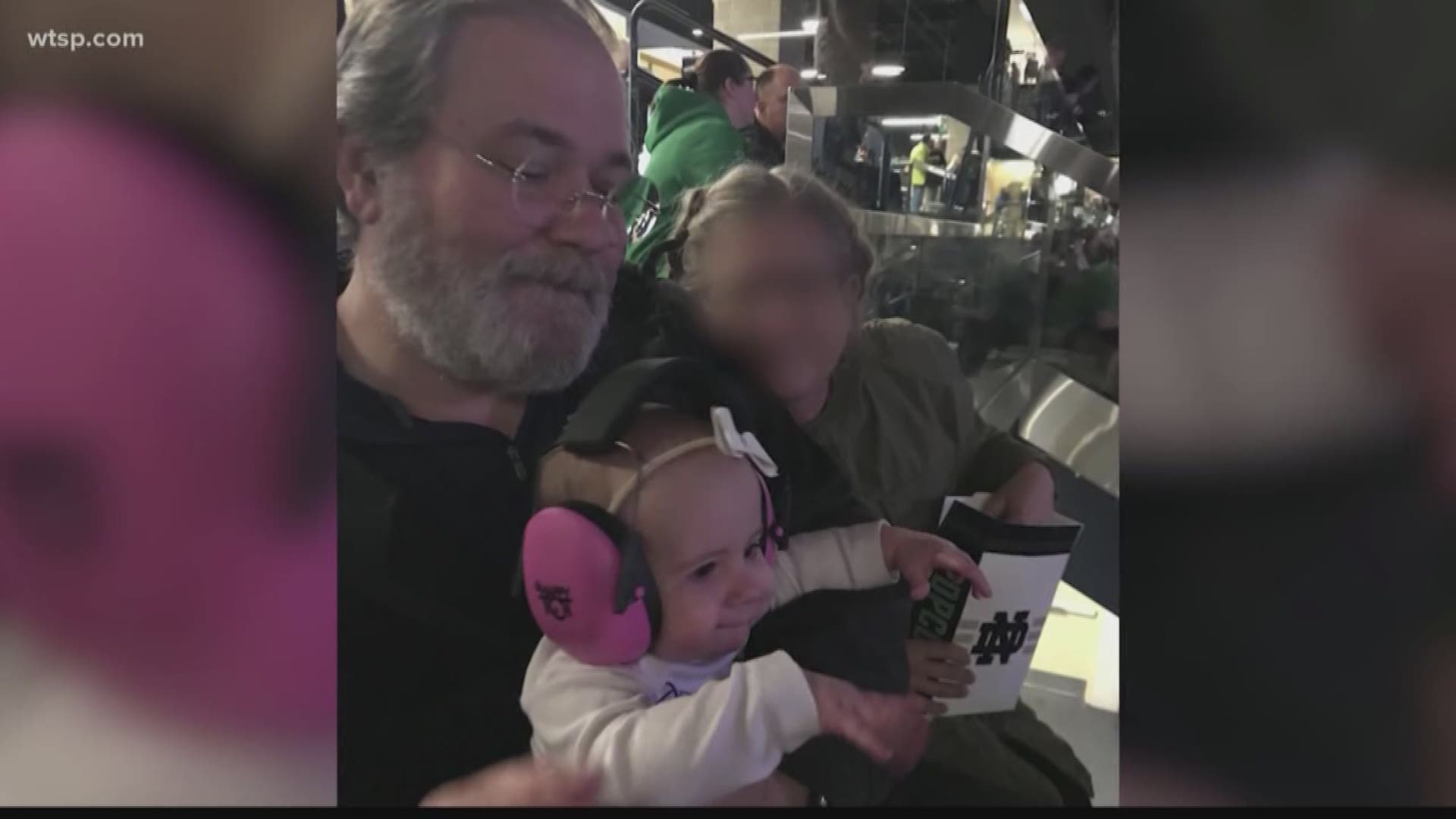 ST. PETERSBURG, Fla. — A grandfather who police say dropped his 18-month-old grandaughter from the 11th floor of a cruise ship has been charged in her death.

The Associated Press reports a judge Monday ordered the arrest of Salvatore Anello, accusing him of negligent homicide. Prosecutors claim the young Chloe Wiegand fell when he raised her to an open window on Royal Caribbean’s Freedom of the Seas as it was docked in Puerto Rico.

The family's attorney, Michael Winkleman, said Wiegand asked her grandfather to lift her so she could bang on the glass in a children's play area, the AP reports.

He said the window was inexplicably left open.

"There are a million things that could've been done to make that safer. I know my mom was asking people, 'Why on earth is there a window open on the 11th floor without a screen or anything?'" said Kimberley Wiegand, of South Bend, Indiana, in an earlier report.

She said the company told her family the window was open for ventilation.

RELATED: 'There are a million things that could've been done,' family of toddler who died in cruise ship fall will sue company