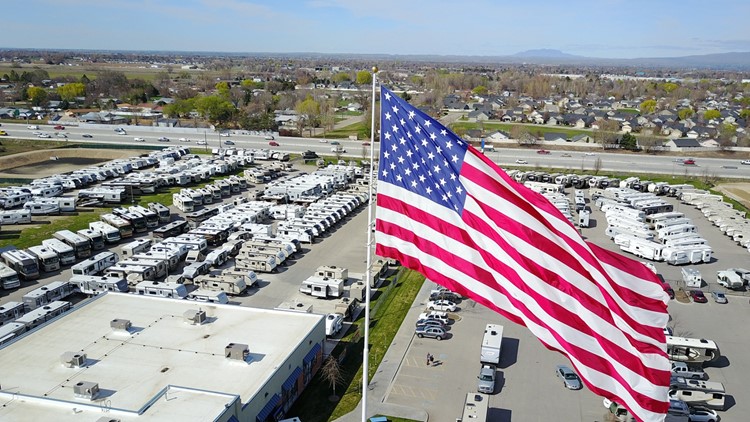 STATESVILLE, N.C. — Officials in a North Carolina town are asking a judge to force a business to take down a giant American flag.

WBTV reports the flag that flies over Garner RV and Camping World is 40 feet by 80 feet.

Statesville city codes cap the size of flags at 25 feet by 40 feet.

Three years ago, the business asked for a variance in the codes but was refused.

The business was told in September the flag had to go, but the banner remained. In October, the city filed a citation with $50 a day fines.

Camping World posted a message on its Facebook page saying it would not remove the flag.

Camping World
The City of Statesville, North Carolina has filed a lawsuit seeking an injunction to require Gander RV in Statesville, NC to take down their American Flag. They are imposing a $50/day fine...

"This is about more than just the flag," the message said. "This is about our Veterans, Military, and the men and women that have sacrificed for this great country.