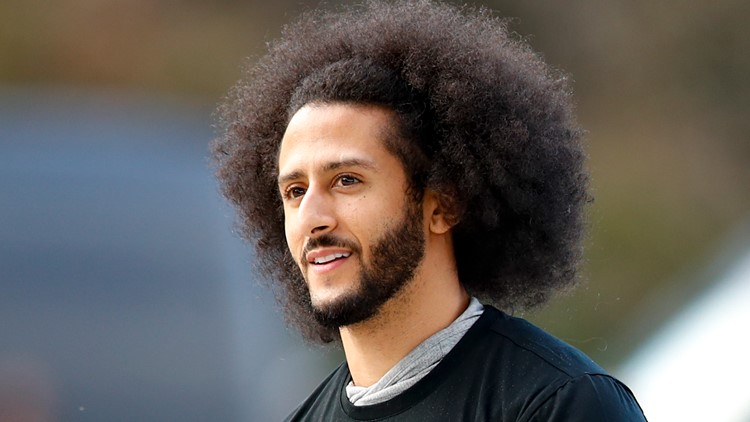 President Donald Trump on Friday ordered the attack on Iranian General Soleimani and since threatened to bomb 52 sites in Iran if its government retaliates by attacking Americans.

Kaepernick on Saturday tweeted, seemingly in response to the strike, "There is nothing new about American terrorist attacks against Black and Brown people for the expansion of American imperialism."

He continued, "America has always sanctioned and besieged Black and Brown bodies both at home and abroad. America militarism is the weapon wielded by American imperialism, to enforce its policing and plundering of the non white world."

Kaepernick, who hasn't been on an NFL roster since 2016, has been at the center of controversy since kneeling during the national anthem prior to games in 2016 as a protest to police brutality and racial injustice.

It drew backlash, largely from conservatives who called for boycotts of the NFL. Trump, too, criticized Kaepernick's protest and urged team owners to fire any players who did not stand for the anthem.

Trump late Saturday warned Iran the U.S. has 52 sites targeted should the country attack America or its citizens.