Courtney Smith's lawyer: Ohio State has not contacted her client about abuse allegations 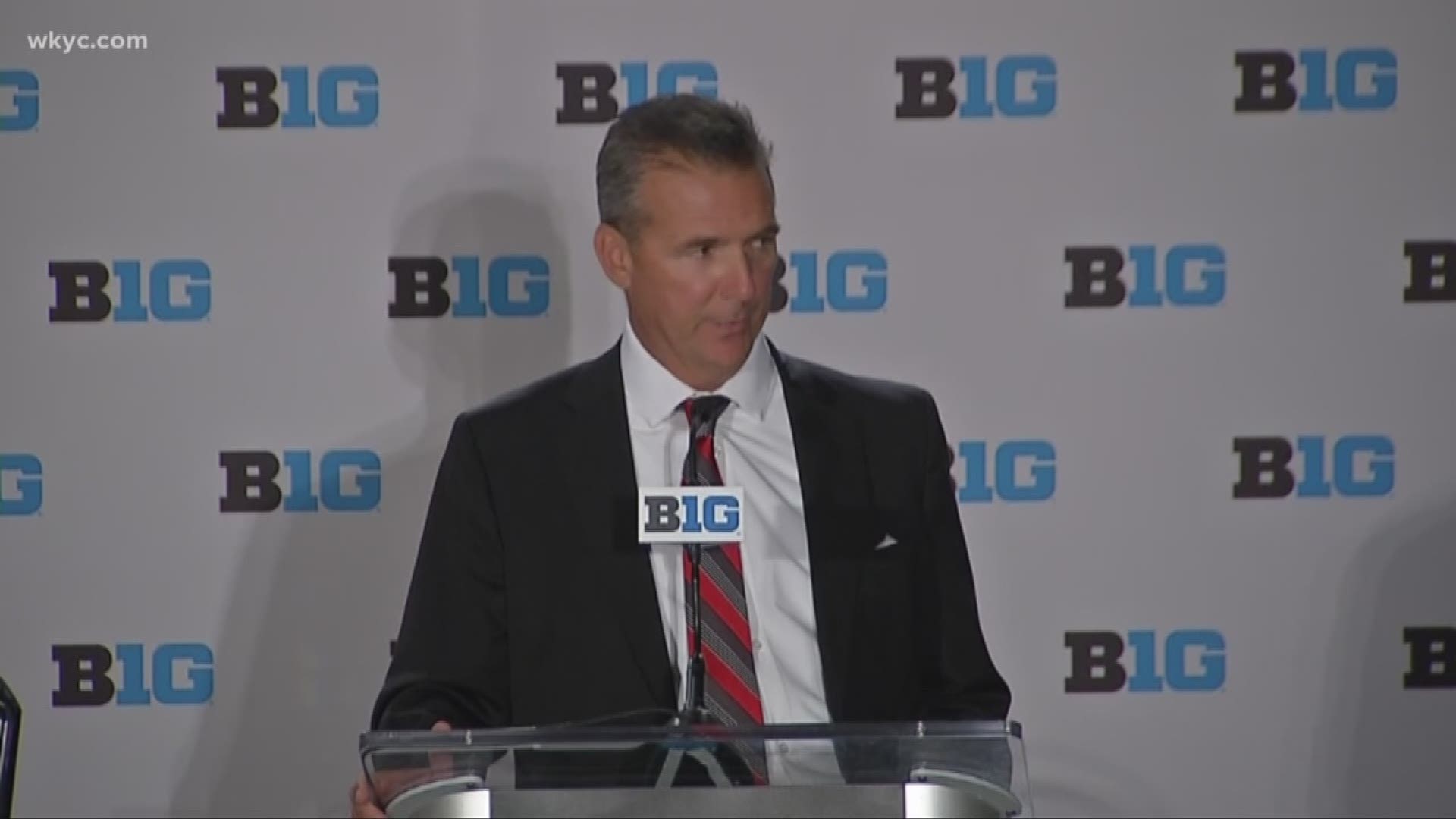 Courtney Smith has not been contacted by Ohio State regarding allegations of domestic violence against her ex-husband, former wide receivers coach Zach Smith, but she will fully cooperate with the university's ongoing investigation, according to her attorney.

In a statement obtained by USA TODAY Sports on Tuesday morning, Julia Leveridge said Ohio State has "never contacted Ms. Smith" to discuss the domestic violence allegations against her ex-husband, either in the immediate aftermath of an alleged 2015 incident or in the years since.

The university is investigating whether head football coach Urban Meyer and other employees followed proper protocol in reporting the incident, and the school said in a statement Sunday night that it expects to complete its investigation into the matter within two weeks.

"Ms. Smith is cautiously optimistic that The Ohio State University’s investigative committee will determine if proper reporting protocol was followed upon learning of the ongoing abuse allegations against Zach Smith," Leveridge said in the statement. "We believe the University must prioritize the safety and well-being of others above all else.

"While The Ohio State University has never contacted Ms. Smith to discuss these allegations, she will fully cooperate with the university’s current investigation."

As first reported by @Brett_McMurphy yesterday: Courtney Smith's attorney says her client has never been contacted by Ohio State regarding domestic violence allegations, but she will fully cooperate with the university's ongoing investigation. pic.twitter.com/oozMzBAsdM

Leveridge said that Courtney Smith will not comment on ongoing legal matters involving her ex-husband, including the pursuit of a civil protection order, and that her focus remains on "caring for her two small children and continuing her nursing studies."

The attorney also said in the statement that Courtney Smith is grateful for the support she's received and shot down some instances of "misinformation that has been circulating." Courtney Smith has not been paid for any media interviews she has conducted, Leveridge said, and she has made "concerted efforts to press charges of domestic abuse" against her ex-husband.

"Blaming the victim only contributes to the stigma that is already present in our society today," Leveridge said in the statement. "It should be unacceptable."

Zach Smith was fired July 23 after Courtney Smith was granted a protective order, and Courtney Smith has alleged that he abused her on multiple occasions, including in 2015. Zach Smith denied committing domestic abuse in a radio interview last week.

College football reporter Brett McMurphy, who first obtained Leveridge's statement Monday night, reported last week that Meyer was aware of the 2015 incident involving his wide receivers coach, even though he said at Big Ten media days last month that he was "never told about anything" about it.

Meyer later said in a statement that he was not "adequately prepared to discuss these sensitive personnel issues with the media" and admitted to having knowledge of the 2015 incident. He has been placed on paid administrative leave while the university investigates the matter.