Diahann Carroll, pioneering actress on 'Julia', has died at age 84

The Oscar-nominated actress and singer won critical acclaim as the first black woman to star in a non-servant role in a TV series as 'Julia.' 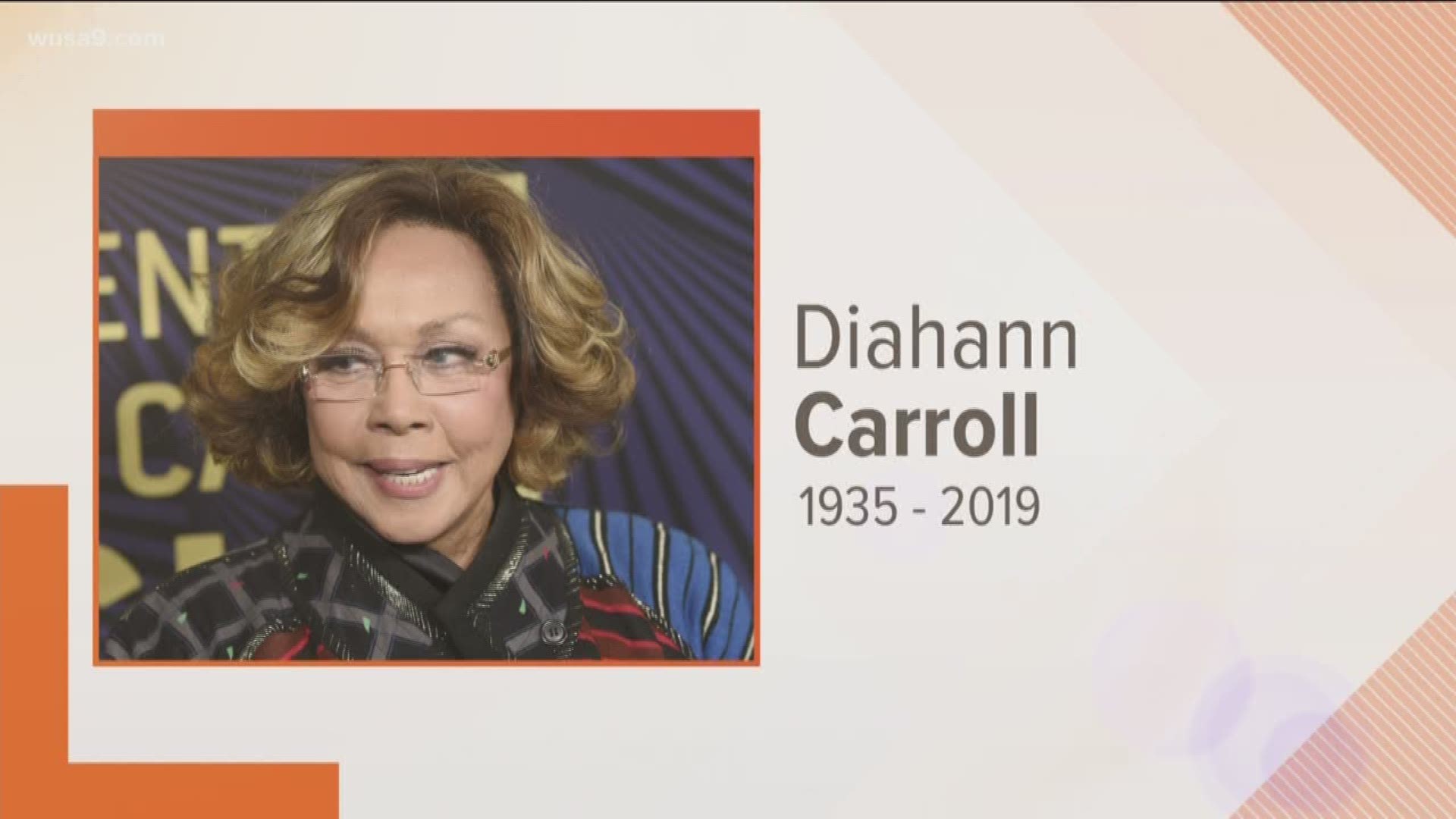 NEW YORK — Diahann Carroll, the Oscar-nominated actress and singer who won critical acclaim as the first black woman to star in a non-servant role in a TV series as "Julia," has died. She was 84.

During her long career, Carroll earned a Tony Award for the musical "No Strings" and an Academy Award nomination for "Claudine."

But she was perhaps best known for her pioneering work on "Julia." Carroll played Julia Baker, a nurse whose husband had been killed in Vietnam, in the groundbreaking situation comedy that aired from 1968 to 1971.

Although she was not the first black woman to star in her own TV show (Ethel Waters played a maid in the 1950s series "Beulah"), she was the first to star as someone other than a servant.

NBC executives were wary about putting "Julia" on the network during the racial unrest of the 1960s, but it was an immediate hit.

It had its critics, though, including some who said Carroll's character, who is the mother of a young son, was not a realistic portrayal of a black American woman in the 1960s.

"They said it was a fantasy," Carroll recalled in 1998. "All of this was untrue. Much about the character of Julia I took from my own life, my family."

Not shy when it came to confronting racial barriers, Carroll won her Tony portraying a high-fashion American model in Paris who has a love affair with a white American author in the 1959 Richard Rodgers musical "No Strings." Critic Walter Kerr described her as "a girl with a sweet smile, brilliant dark eyes and a profile regal enough to belong on a coin."

Credit: AP
FILE - This 1972 file image shows singer and actress Diahann Carroll. Carroll passed away Friday, Oct. 4, 2019 at her home in Los Angeles after a long bout with cancer. She was 84. (AP Photo/Jean-Jacques Levy, File)