The first quake happened around 3:24 a.m. and had a magnitude of 6.4. One person was killed and at least eight others have been injured. 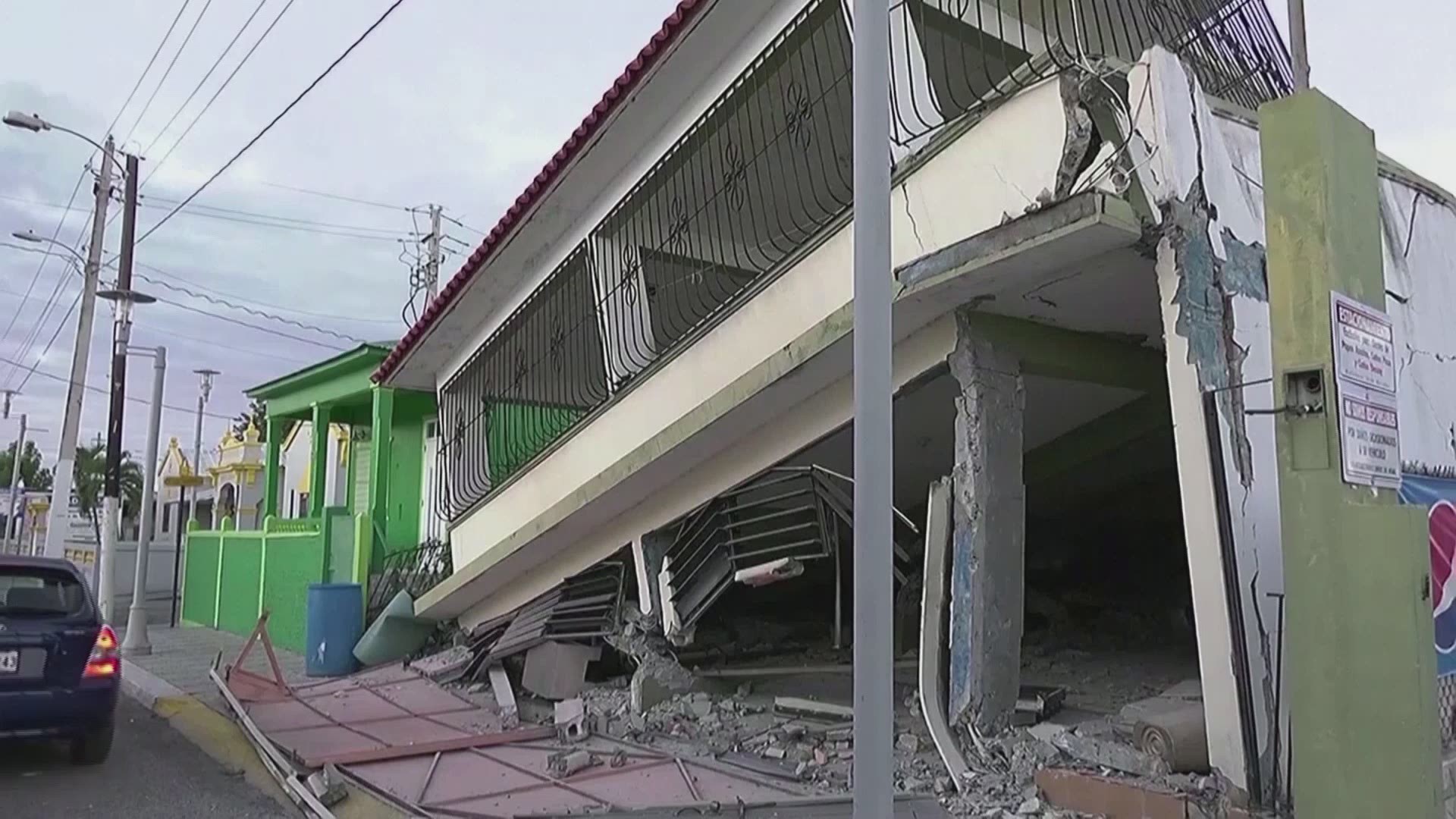 The USGS said the first two quakes hit offshore of the island and the third hit on land near the southwest coast in Guayanilla. Power is down across the island, according to the power authority.

The mayor of Ponce, Mayita Meléndez, said a man was killed, according to CBS News. She also told a local television station that eight people have been injured. The city of Ponce is in the southern part of the island near the quake's epicenter.

Dánica Coto, an Associated Press correspondent based in Puerto Rico, reported a 73-year-old man died after a wall collapsed on him after the earthquake.

CBS News This morning reporter David Begnaud posted on Twitter that there is minor damage to the two largest government-owned power plants in the U.S. territory.

Begnaud also said he's seen damage reports come in from at least five cities in the southern part of the island.

The U.S. Coast Guard said its activated Incident Management Teams to coordinate requests for assistance. Crews are also flying helicopters around the impacted areas to find any potential signs of pollutions in the water or damage to waterways.

On Monday, a soaring stone arch collapsed into the sea when a 5.8 magnitude earthquake shook the island. That quake also triggered small landslides, caused power outages and cracked and jolted some homes and buildings.

The series of earthquakes began the night of Dec. 28 when shallow quakes were reported along three faults in the island's southwest region.

Victor Huérfano, director of Puerto Rico's Seismic Network, told the Associated Press the quakes are coming as the North American plant and the Caribbean plate squeeze the island.

Seismologist Dr. Lucy Jones said the island has a long history of quakes because "It sits on a complicated plate boundary."

Scientists say it's not possible to determine when the earthquakes will stop or if they will get stronger.

More than 100 years ago, a magnitude 7.3 earthquake hit Puerto Rico, triggering a tsunami and killing 116 people.