As the televised primary machine rolls on without her, Williamson has kept barnstorming the country and trying to get back in the race. 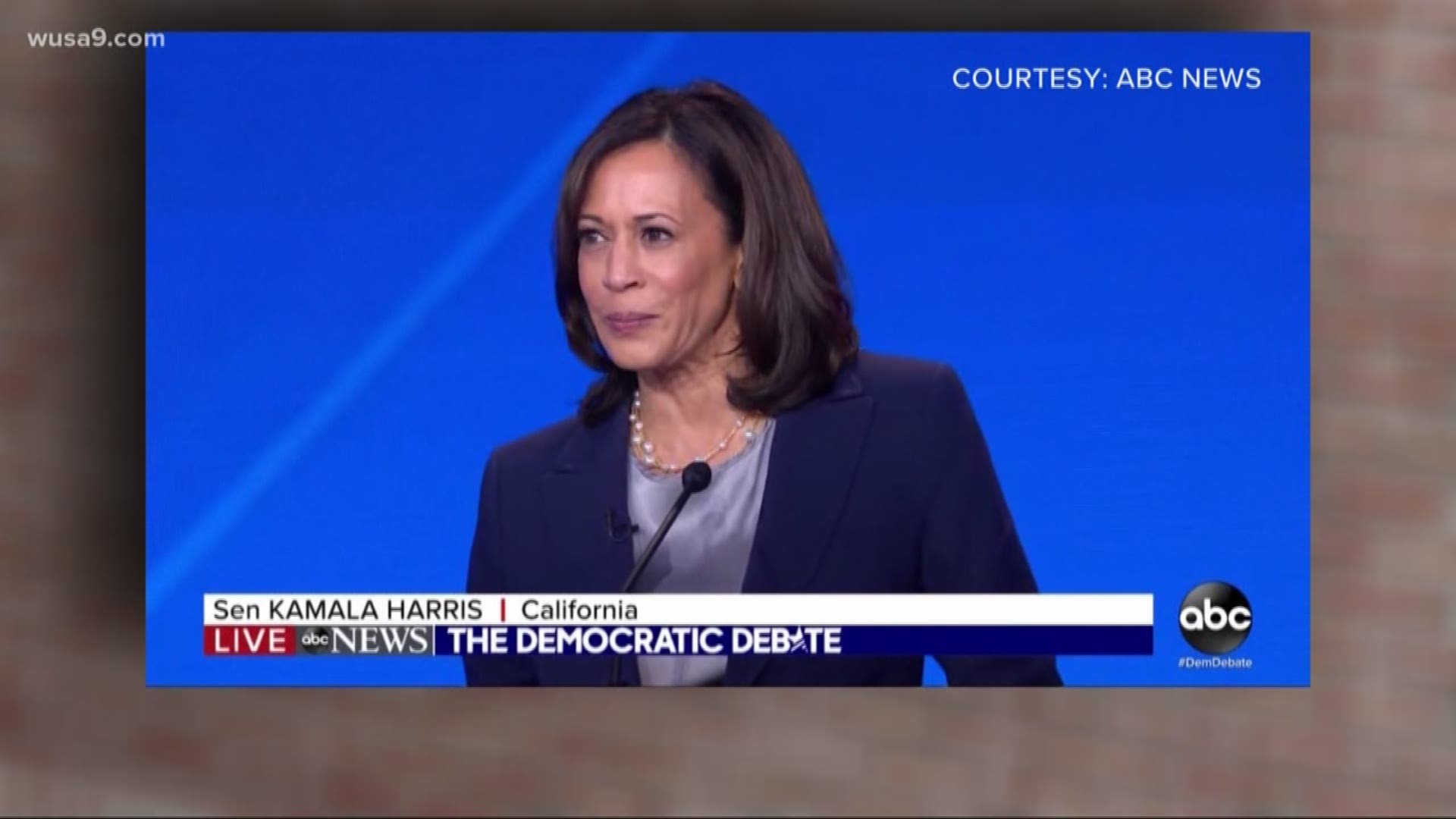 ATLANTA — Marianne Williamson's voice dropped to a near whisper, then soared preacher-style to the rafters.

"There are more lovers than haters in America. But those who hate, hate with conviction, and conviction is a force multiplier," she said. "That is why we need a politics of love because the politics of fear and injustice and mercilessness has us by THE THROAT."

The predominantly black crowd at the 1,500-seat Hillside International Truth Center in Atlanta broke into sustained applause. Later, they packed the hallways lining up to have copies of Williamson's books signed. It looked like a wildly successful political/spiritual campaign in high gear.

But when 10 presidential candidates shared the stage this week in Houston for the third Democratic debate, Williamson was in Beverly Hills, hosting her own debate-watching event.

RELATED: Elizabeth Warren has her own plan for everything - except this

Credit: AP
FILE - In this Aug. 23, 2019, file photo, Democratic presidential candidate author Marianne Williamson speaks at the Democratic National Committee's summer meeting in San Francisco. Although she was frozen out of the third Democratic presidential debate, Williamson isn’t giving up yet. The best-selling author and spiritual adviser made a big impression in the second debate but still failed to garner enough support in the polls to qualify for the third debate.(AP Photo/Ben Margot, File)

It was a disappointing result for the bestselling author who garnered attention during the second debate in August. Her description of institutionalized racism as "part of the dark underbelly of American society" resonated widely; she was the most Googled candidate following the debate, and her performance spawned a miniwave of think pieces pondering whether she should be taken seriously.

But that bump in attention failed to translate into measurable support. Williamson met the donation threshold to qualify for the third debate but fell well short of the polling threshold .

"Some of it is my own failure," she told The Associated Press. "I have not had the money or the expertise with which to fully maximize the energy that we generated. But how I did in those polls is not the ultimate determiner of whether this campaign has value, meaning or purpose."

As the televised primary machine rolls on without her, Williamson has kept barnstorming the country and trying to get back in the race. During a three-day campaign swing through South Carolina and Atlanta over Labor Day weekend, Williamson, 67, maintained a punishing schedule of appearances and speeches, seeking to build momentum and hopefully make the fourth scheduled debate in October in Ohio.

Williamson acknowledged that she has considered dropping out. Perhaps most frustrating for someone who has been a nationally known author and spiritual adviser for decades is the realization that she is not being taken seriously enough.

"I don't enjoy the daily humiliation. It's not fun to be derided, to be dismissed," she said. "When people say it's an ego trip, I laugh because what could be more ego-destroying than THIS?"

She speaks vaguely of a coordinated effort to discredit her that kicked in immediately after her second debate performance. Media reports and interviewers dug up what she called "sloppy" old statements and tweets to paint her as an anti-vaccine radical.

"That's been hard to take — this image of me as some crazy lady," she said.

On the campaign trail, and in contrast to her public perception among some, Williamson comes across as more angry and fed up with the state of the country than blissed out on the power of love. She still drops phrases like "vortex of moral certitude" into her comments but also speaks of an "amoral economic system" that has nearly destroyed the middle class and "hijacked America's moral values."

Williamson wears her spirituality on her sleeve, and some of her most enthusiastic crowds have come in houses of worship. On her Labor Day campaign swing, she addressed a packed house of about 250 people at a predominantly white church in Greenville, South Carolina. Two days later she received a rapturous welcome at the Hillside Center. But even among her supporters, her status as an extreme longshot hangs over the proceedings.

"I think she's a wonderful person, and I think it's a shame that somebody like her could never be elected president," said Autumn Baskin, a 45-year-old graphic designer, as she left Williamson's appearance at the Hillside church. "I would vote for her if I thought she had a chance."

Williamson rarely speaks President Donald Trump's name; she doesn't avoid it, but she describes him as a mere symptom of a larger societal sickness that's been building for decades.

"He is an opportunistic infection. If all we do is defeat him, those forces will be back in '22 and '24," she said.

As with the second debate, Williamson speaks vividly about the tortured history of racism in America, calling it the country's "original character defect."

She talks in overtly religious terms of a countrywide need for confession, contrition and atonement. That's at the heart of one of her signature proposals: that the U.S. government pay massive financial reparations to its black citizens as atonement for centuries of slavery and discrimination.

Williamson's bona fides on the reparations issue are unassailable; she first advocated the step in 1997's "The Healing of America." She proposes that $200 billion to $500 billion be granted over a 20-year period to a Reparations Council. That council, composed of 30 to 50 black academic, cultural and business leaders, would then decide how and when to disperse the funds.

"Black America will decide," she told a small roundtable of black religious leaders in Atlanta. "Will it go to historically black universities? Will it be black chambers of commerce? Will it be microloans for small businesses? Somebody like me should not be in the room where those decisions get made."

The money itself is important, she says, but equally vital is the need for public contrition from white America. That's something that affirmative action programs, minority scholarships or microloans for black-owned businesses don't provide.

"That brings some economic justice, but it carries no moral force," Williamson said. "First of all, it leaves open the question of whose fault it is, whereas reparations carry an inherent mea culpa."

Williamson regards the Democratic National Committee and its polling requirements with suspicion, feeling that the DNC openly favors some candidates over others. She was a Bernie Sanders supporter in 2016 when his camp voiced the same suspicions about the DNC favoring Hillary Clinton.

Although she unsuccessfully ran for Congress as an independent in California in 2014, Williamson said an independent presidential run is out of the question. She regards Jill Stein's 2016 independent run as one of several factors that led to Trump's victory.

"Given the fact that Donald Trump is president, I think it would be a very unpatriotic thing to do — to risk taking even 10 votes away from a Democrat," she said.