The FAA says Richard Branson's rocketship veered off course during his July trip, putting it outside the air traffic control clearance area. 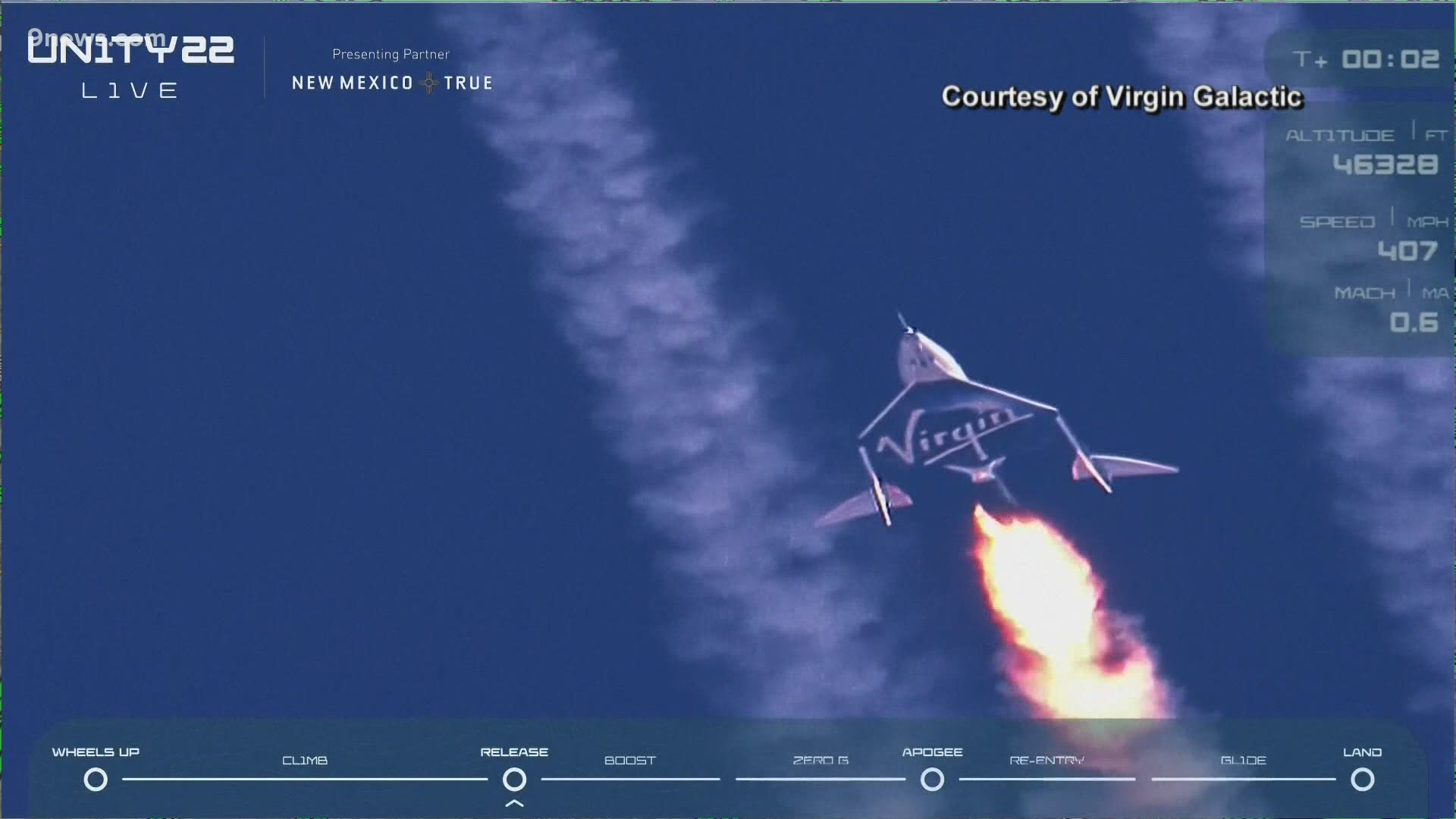 CAPE CANAVERAL, Fla — The Federal Aviation Administration said Thursday that Virgin Galactic cannot launch anyone into space again until an investigation is complete into a mishap that occurred during July's flight with founder Richard Branson.

The ban came as Virgin Galactic announced plans to launch three Italian researchers to the edge of space in a few weeks.

The FAA said the rocketship carrying Branson and five Virgin Galactic employees veered off course during its descent back to its runway in the New Mexico desert on July 11. The deviation put the ship outside the air traffic control clearance area.

The FAA is overseeing the probe; it's responsible for protecting the public during commercial launches and reentries. Crew safety, on the other hand, is outside its jurisdiction. Virgin Galactic insisted Thursday that Branson and everyone else on board were never in any added danger.

“Virgin Galactic may not return the SpaceShipTwo vehicle to flight until the FAA approves the final mishap investigation report or determines the issues related to the mishap do not affect public safety,” the FAA said in a statement.

Virgin Galactic acknowledged the space plane dropped below the protected airspace for one minute and 41 seconds. The spacecraft's free-flying portion of the up-and-down flight lasted about 15 minutes and reached an altitude of 53.5 miles (86 kilometers).

Virgin Galactic said high-altitude wind caused the change in flight path and insisted the two pilots “responded appropriately.” In a statement, the company said the flight was “a safe and successful test flight that adhered to our flight procedures and training protocols.”

In another statement Thursday, Virgin Galactic added that “at no time did the ship travel above any population centers or cause a hazard to the public.” Virgin Galactic operates out of Spaceport America in the southern New Mexico desert.

“We take this seriously and are currently addressing the causes of the issue and determining how to prevent this from occurring on future missions,” the company said.

Virgin Galactic and Blue Origin are vying to sell seats to tourists, scientists and anyone else looking to experience a few minutes of weightlessness. Virgin Galactic's rocketship is launched from an airplane, while Blue Origin's capsule is hoisted by a reusable New Shepard rocket.

Virgin Galactic is aiming for late September or early October for its next flight, with two Italian Air Force officers, an engineer for the National Research Council of Italy, Virgin Galactic's chief astronaut instructor and the rocketship's two pilots. It will be the company's first launch where researchers accompany their own experiments. The company plans to start flying ticket holders next year.

Blue Origin has yet to announce a date for its next passenger flight, other than to say it will be soon.