Search and rescue efforts are underway with help from the Navy and Coast Guard. 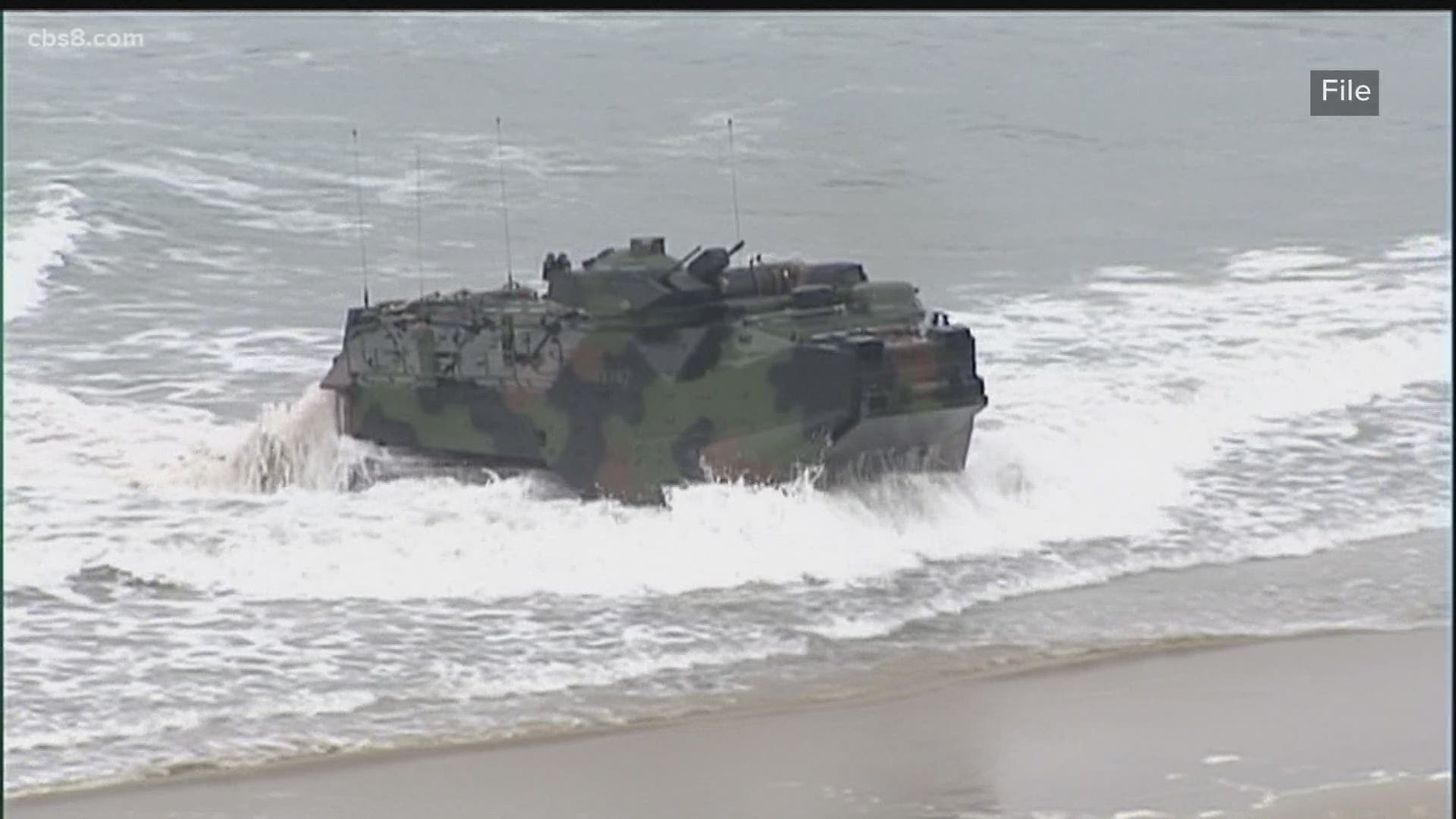 WASHINGTON — A seafaring tank with 15 Marines and a Navy sailor aboard sank near a military-owned island off the coast of Southern California, leaving one of the Marines dead and eight missing, authorities said Friday.

They were traveling in the amphibious assault vehicle from the shores of San Clemente Island to a Navy ship Thursday evening when they reported that the vehicle was taking on water, said Lt. Cameron H. Edinburgh, a Marine Corps spokesman for Camp Pendleton.

Two of the Marines who were rescued were injured, with one hospitalized in critical condition and the other in stable condition, a Marine Corps statement said.

Military ships and helicopters on Friday were searching choppy seas for the missing amid moderate to strong winds. The Navy-owned island is about 70 miles (112 kilometers) offshore from San Diego.

All of the Marines involved were assigned to the 15th Marine Expeditionary Unit and were involved in a routine military exercise when the vehicle started taking on water, the Marine Corps said.

“We are deeply saddened by this tragic incident. I ask that you keep our Marines, Sailors, and their families in your prayers as we continue our search,” Col. Christopher Bronzi, the unit's commanding officer, said in a statement from the Marine Corps.

1 Marine has died, 8 service members remain missing and 2 were injured after an AAV mishap July 30 off the coast of Southern California. All are assigned to the 15th MEU. Search and rescue efforts are still underway with support from the Navy and Coast Guard.

The Marine Expeditionary Force is the Marine Corps’ main warfighting organization. There are three such groups which are made up of ground, air and logistics forces.