6-year-old girl who died in fall from ride was sitting on seat belts, report says

The report found that operator errors caused by inadequate training contributed to Wongel Estifanos's death at Glenwood Caverns in Colorado. 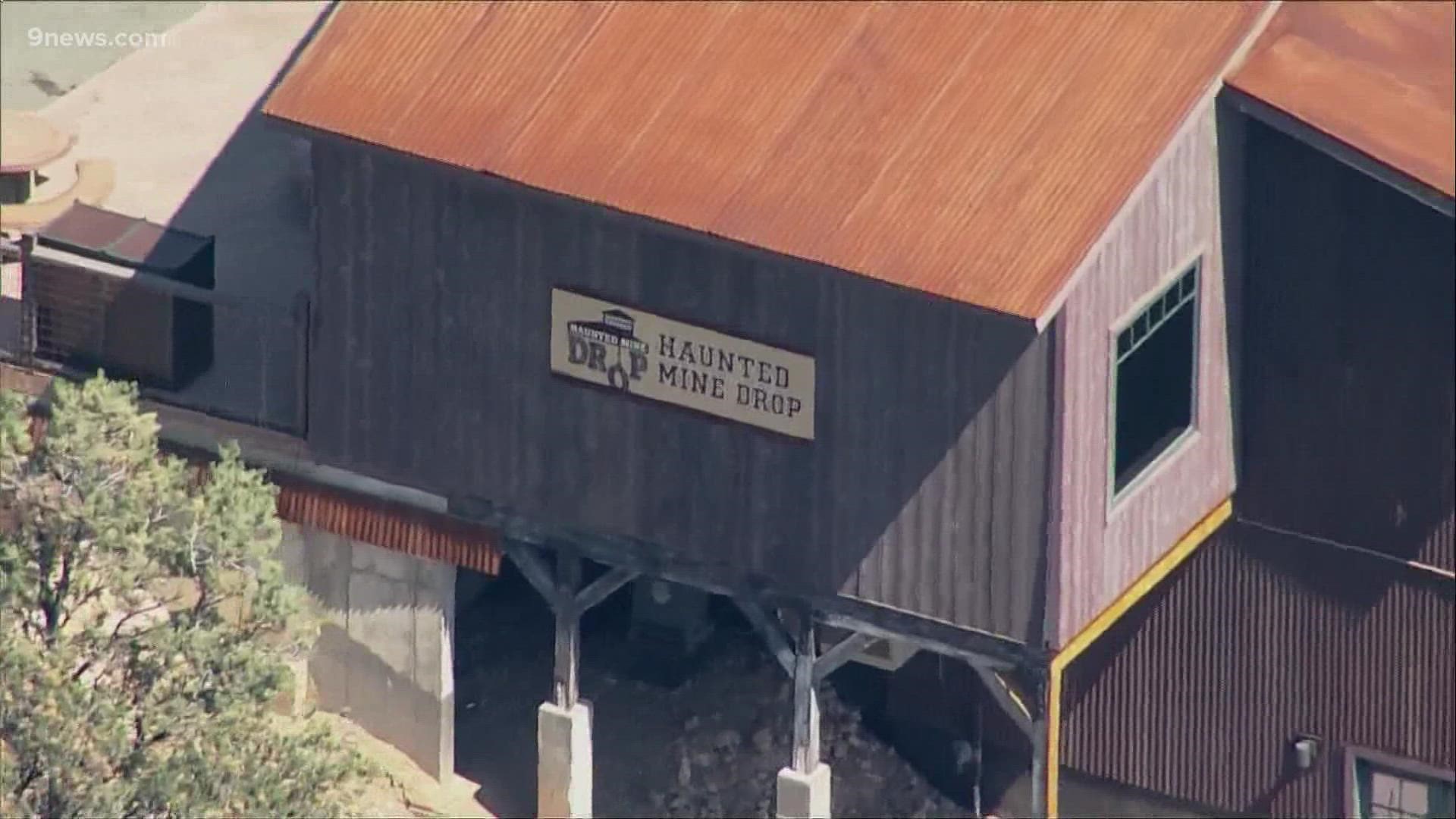 GLENWOOD SPRINGS, Colo. — The 6-year-old girl who died after falling out of the Haunted Mine Ride at Glenwood Caverns Adventure Park in Glenwood Springs earlier this month was sitting on the seatbelts instead of wearing them, and operators reset an alarm alerting them of an error before sending the ride on its way, according to a report from the state.

Wongel Estifanos died Sept. 5 from blunt force injuries after she came out of the ride that plunges six riders about 110 feet down into a mineshaft in what the report describes as a "gravity freefall."

Her family released a statement through their attorney following the release of the report. It said in part that her parents "are determined to do everything in their power to make sure that no one ever dies this way again."

The family's attorney, Dan Caplis, told 9NEWS they plan to file a lawsuit.

"So what will happen now is we'll take this report and then we'll file a lawsuit and we'll use the subpoena power we get through a lawsuit to make sure that the full truth is on the table for everybody in the community to see, for ultimately a jury to see," he said. "And in the parents passion right now is is to make sure that that truth makes everybody safer, sends a message to the industry and make sure this never happens again."

He added that today's report would not change the way he tries the case.

Overall, he also believes some aspects of the public perception of the case could change as a result of the report.

"...the investigator concluded specifically that riders would not have the ability to secure themselves on this ride," he said. "It's one hundred percent the responsibility of the park to secure each rider. So if anybody out there had any doubt about that, this report has cleared that up. Riders would not even be capable of securing themselves."

The report released Friday concluded that the fatality was the result of "multiple" operator errors, specifically failure to ensure proper utilization of the passenger restraint system (seatbelts). Contributing factors that led to the operator error included:

In this case, the reports says, the two operators, who had both been recently hired, did not notice that Estifanos was sitting on the lap seatbelts. "Operator 1" was hired on July 9 and "Operator 2" was hired on Aug. 21, according to the report.

The control panel for the ride includes a Human Machine Interface (HMI) screen, dispatch button, and manual controls, the report says. The HMI is a specialized touch-screen that provides operators with information about what's happening on the ride, and information about any errors or issues with the monitored seatbelt.

It monitors a seatbelt which pushes into and is held by a buckle (known as a restraint block in the manual) next to the passenger’s seat. The second seat belt, similar to lap belt in a car, is not monitored by the HMI screen.

When the passenger cart arrives back at the top to unload, the restraint block automatically unlocks so that rods can be removed, the report says.

The control system is set up so that after a brief amount of time (less than a minute), the restraint block is automatically relocked. If the seatbelt rods are not removed from the restraint block within that unlock window, the rods are locked back into place and the HMI screen will denote that with a restraint cycled error.

Each seat has its own set of indicator lights for each of these scenarios on the HMI screen. However, the ride's operations manual does not include an explanation of the various lights (indicators) on the HMI screen, and it does not detail what the procedure is when errors occur, according to the report.

>The video below is from a Sept. 13, 2021 report about Wongel's family mourning after her death.

The report says in video surveillance leading up to and including the accident, the following was observed:

The investigation identified violations of the Colorado Amusement Rides and Devices Regulations, and enforcement will be pursued. That could include fines of up to $1.000 per violation for each day of violation that results in serious bodily injury.

The investigation  is separate from one being conducted by the Garfield County Sheriff's Office. Once that investigation is complete the results will be presented to the district attorney's office to determine whether criminal charges are warranted.