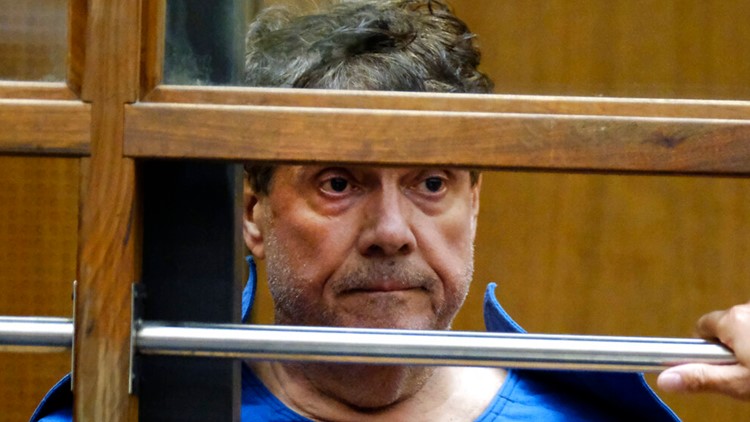 CNN reports prosecutors leveled the charge at George Tyndall in arguing that his $2.1 million bail not be lowered.

Superior Court Judge Teresa Sullivan, however, lowered Tyndall's bail Tuesday from nearly $2.1 million to $1.6 million, which he may be able to post using his condominium as collateral. If he posts bail, he will be confined to house arrest with GPS monitoring.

Prosecutors charged Tyndall last month with 29 felony counts that could send the 72-year-old to prison for 53 years. Authorities say 16 patients ranging from 17 to 29 were abused during visits to the student health center for annual exams or other treatment.

Tyndall has denied any wrongdoing and has pleaded not guilty. Tyndall's medical license has been suspended since 2018, and he is not allowed to practice medicine.

Several women who have accused the longtime campus gynecologist, including one who spoke during Tyndall's bail review hearing, said they are disappointed and afraid the doctor might be free as the case plays out in court.

Lucy Chi, who said she was assaulted by the doctor in 2012, told Sullivan that Tyndall is a "very skilled and resourceful predator." The Associated Press does not identify sexual assault victims unless they speak publicly and give media permission to use their names.

Tyndall's lawyer, Leonard Levine, says his client is not a flight risk and is not a threat to the public. He told Sullivan the doctor had remained in Los Angeles as the investigation went on for more than a year and wants to have his day in court.

Prosecutor Reinhold Mueller argued that Tyndall was found with a concealed loaded firearm when he was arrested, as well as a box cutter and pepper spray. "This goes to his mindset of a readiness to do evil," Mueller said.

Levine said the doctor had the weapons for his own protection.

Mueller also said Tyndall had lured young women into his hotel rooms overseas, made sex videos and sold them.

Tyndall "takes pictures, he takes videos, sex videos and then he sells them," Mueller told CNN, adding that if Tyndall could do that in a hotel room outside the United States, "he can certainly do it in his bedroom, in his residence, in LA."

Detectives interviewed more than 300 women in the United States and Canada who reported misconduct by Tyndall, authorities said. Some of the cases fell outside the 10-year statute of limitations, while others did not rise to the level of criminal charges or lacked sufficient evidence to prosecute.

Mueller said the investigation into Tyndall's conduct is continuing.

More than 700 women have filed individual civil lawsuits against Tyndall and USC in state court. Separately, USC has agreed to a $215 million class-action settlement with former patients, which would create a fund to pay $2,500 to $250,000 to women who say Tyndall abused them. As many as 17,000 students and alumnae are eligible, according to the university.

John Manly, an attorney who represents Chi and other women in lawsuits, called for District Attorney Jackie Lacey to recuse herself from the case, saying she has a conflict of interest with USC. Manly said authorities must look into USC's alleged cover-up; Los Angeles Police Chief Michel Moore has said the university has cooperated with the investigation.

"The District Attorney's professional relationship with the university has no bearing on the decisions made by this office," DA spokeswoman Shiara Davila-Morales said in an email.