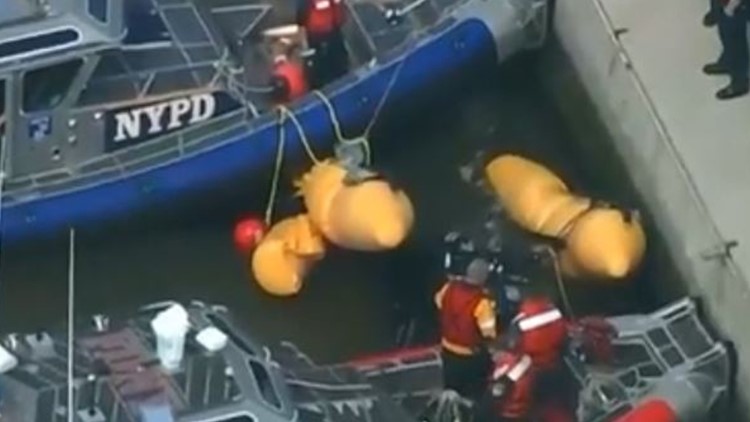 NEW YORK — The Fire Department of New York says a helicopter has gone down in the Hudson River.

WABC says the pilot got out and was OK after the helicopter landed in the river at around West 30th Street on Wednesday afternoon.

It's believed no passengers were aboard the chopper.

A video of the helicopter going into the down showed it descending into the river very close to the shoreline near a busy helipad.