Burned koala, whose rescue from wildfire was caught on video, has died

Ellenborough Lewis was rescued by a woman who wrapped him up in her shirt to save him. But veterinarians said the injuries just got worse. 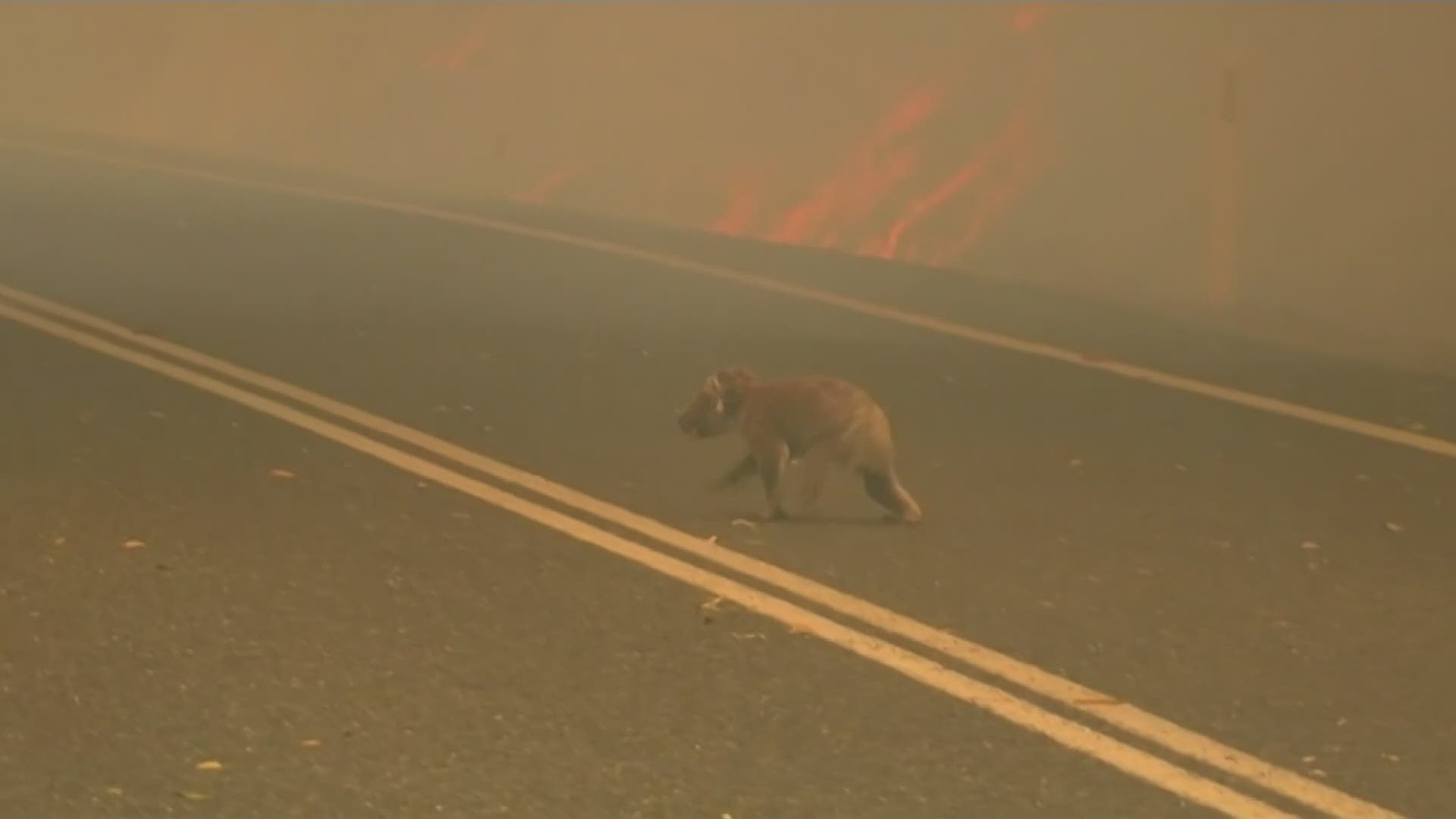 A koala in Australia, who gained worldwide attention after a video showed him being rescued from a wildfire by a woman who literally took the shirt off her back to wrap him up, has died.

Veterinarians made the decision to put the bear, named Ellenborough Lewis, to sleep.

"We placed him under general anaesthesia this morning to assess his burns injuries and change the bandages," Koala Hospital Port Macquarie wrote on Facebook. "We recently posted that 'burns injuries can get worse before they get better.' In Ellenborough Lewis's case, the burns did get worse, and unfortunately would not have gotten better. The Koala Hospital's number one goal is animal welfare, so it was on those grounds that this decision was made.

RELATED: Woman reunites with koala she rescued from Australian wildfire

Video shot last week showed Ellenborough Lewis walking across a road near the town of Wauchope and then walking into the wilderness with fire burning all around him.

Toni Doherty took off her shirt to wrap around Ellenborough Lewis and bring him to safety where she doused him with water. She said she was acting on instinct.

"So, just immediately thought just get to him, put the fire out," Doherty told Network Nine.

The 14-year-old koala was taken to Koala Hospital Port Macquarie for treatment for severe burns to his feet, chest and stomach. Even if he had survived, he would not have been allowed back into the wild.