Further examination showed the bolts just missed the plane in New Zealand during a major thunderstorm. 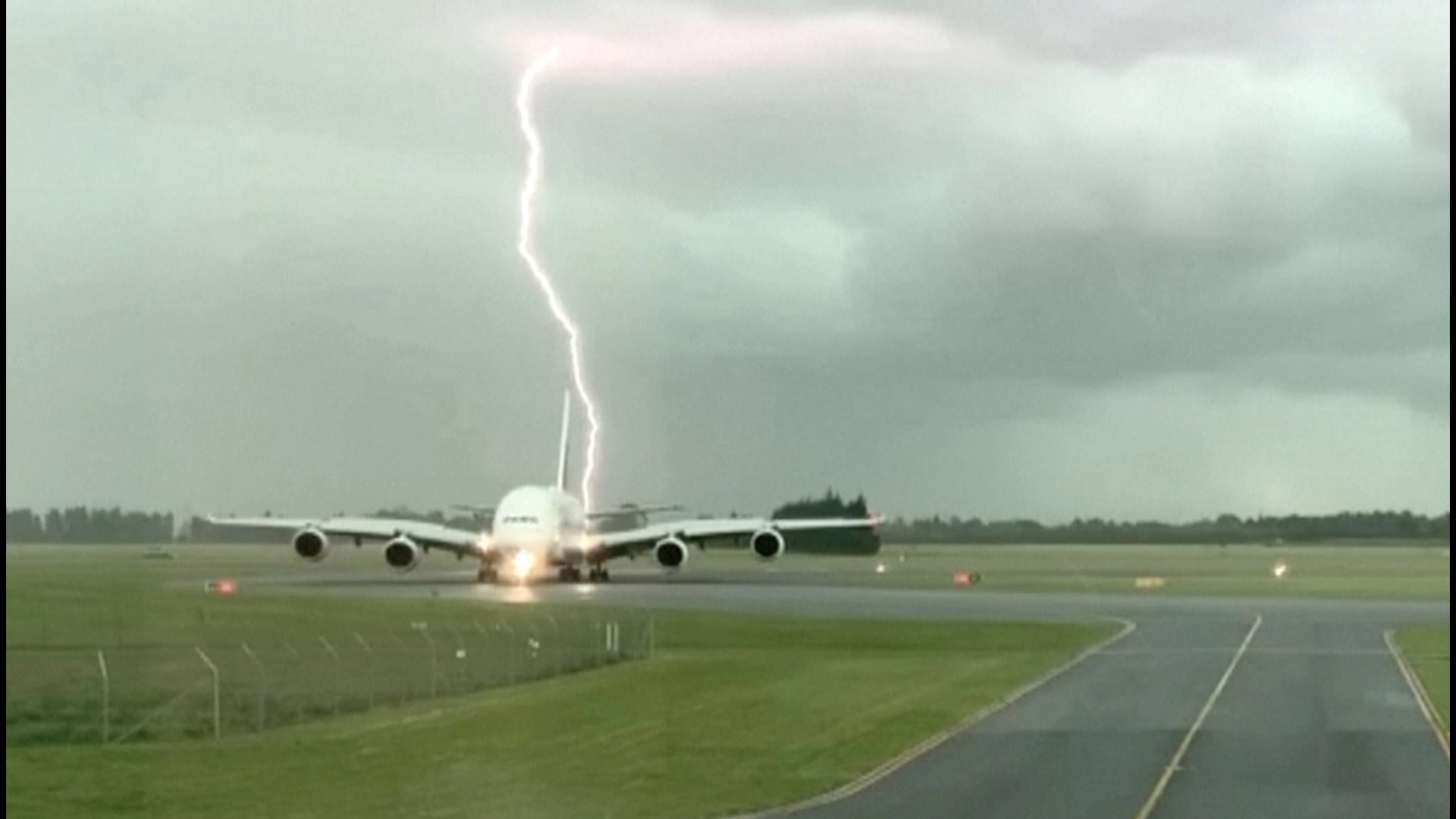 Video shows what appeared to be two bolts of lightning hitting an Emirates plane on the tarmac in New Zealand Wednesday. Further examination showed it was a pair of near-misses.

It happened Wednesday afternoon at Christchurch Airport, according to the New Zealand Herald. An employee of Garden City Helicopters pulled out his phone while a severe thunderstorm was passing through and managed to shoot video of lightning that, at first, appeared to hit the Airbus A380 while it was taxiing.

A colleague told New Zealand's Stuff, "The planes were all waiting to unload but couldn't because of the weather so (we) were just waiting on the tarmac for clearance and there were multiple lightning strikes ... everyone was fine nothing caught fire but looks like a close call. (It) made for an awesome photo."

RELATED: VERIFY: This Is Not A Funnel Cloud But Likely An Arcus Cloud

RELATED: Hail damage: What to know about making claims

An airport spokesperson reportedly said aircraft were able to land, but couldn't take off again because they could not safely refuel during the storm.