Michael Fineo escaped one of the Twin Towers after it was hit on 9/11. 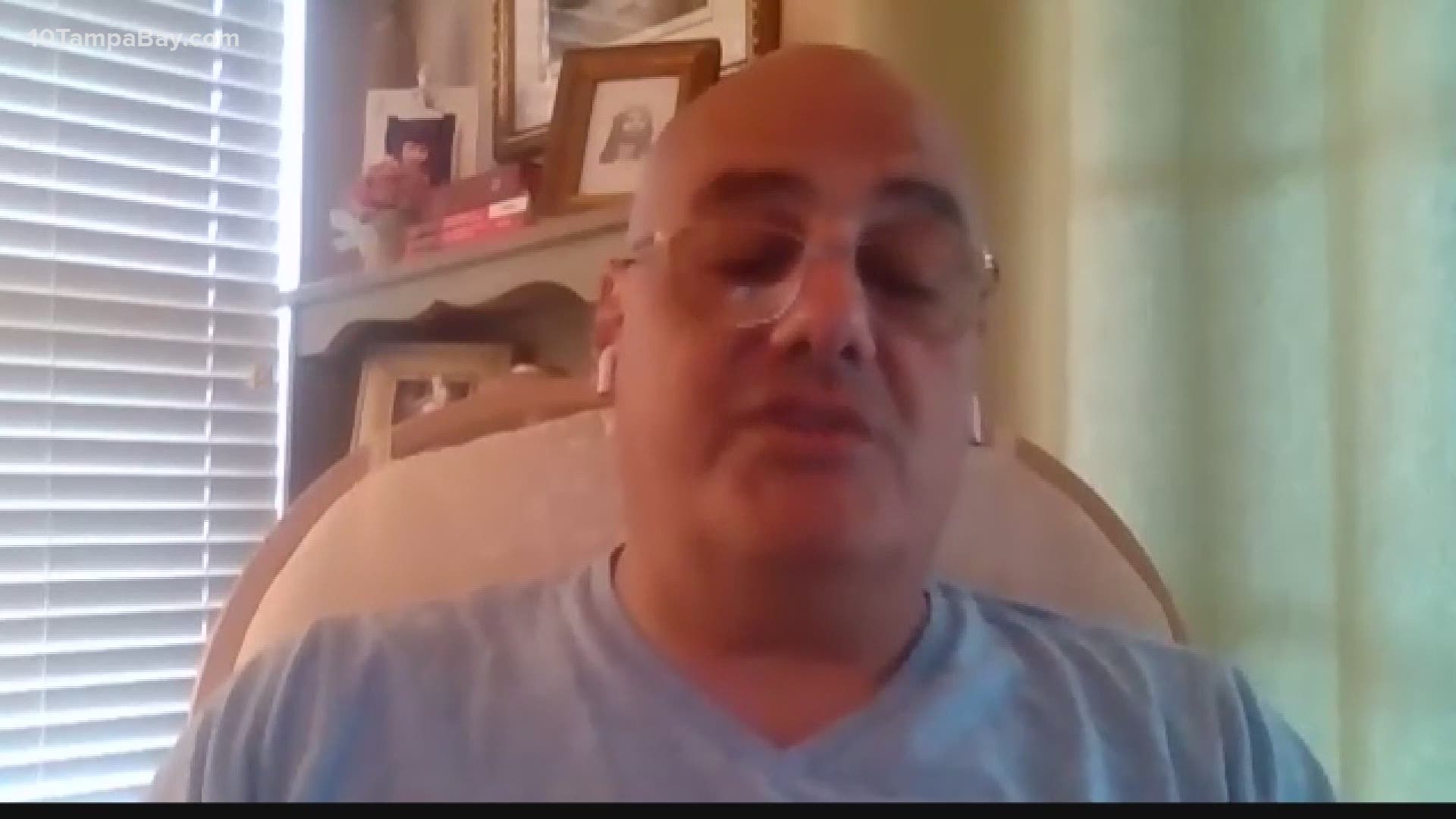 SAFETY HARBOR, Fla. — Nineteen years ago on September 11th, 2001, 2,977 people were killed in the deadliest terror attacks on U-S soil. The memory of that day is haunting for so many, including survivors in our own area.

10 Tampa Bay's Emerald Morrow spoke to Michael Fineo of Safety Harbor, who recalls the horror of being in one of the Twin Towers the day it was hit.

NOTE: This conversation has been edited for length and clarity

Reporter: Today must be a difficult day for you. How are you feeling?

Fineo: I can't help but remember the people that I worked with and even though most of the people that I knew that didn't make it out that day worked for other companies, we sort of were involved in a niche business on Wall Street, and we all knew each other. I reflect on that I think the most about the guys that I knew the best, that I worked with over the years, that had young families like me, that were no longer around to enjoy all those special occasions in their lives. It's just survivor's guilt, and just something you never get over.

Reporter: You were working as a broker in the North Tower on 9/11. Walk me through what you remember.

Fineo: I remember it vividly, as though it was yesterday. I got to work very early every day. I was at my desk probably around seven or 7:15 a.m. if not earlier, and it was a beautiful day. I went up to my office, sat down, and just got into the throes of business like we normally do. And then at 8:46 a.m., I was in the North Tower, so we were the first building that got hit. And we were well below impact, but I still fell out of my chair. I got knocked out of my chair, and I remember looking around the trading floor and seeing people stumbling to keep their balance. We felt like the building was going to go over and then it felt like it righted itself again.

Of course, nobody had any idea of what had happened. And then about 30 seconds later or so there was a second massive explosion. And what we learned was when the jet fuel on the plane hit the building, jet fuel got ignited and was literally jettisoned down the elevator shafts, and when those big balls of fire landed in the lobby, they just exploded and blew up the lobby and the building.

So, at that point, people were starting to leave. My concept of time is really blurred; I couldn't tell you how long I stayed there, but at one point, a colleague came running through the trading floor and told everybody to leave. I managed to hook up with my boss and a few other people and we went to the first stairwell, which was massive and couldn't get on it. At that point, you can see the floors were all unsteady. When we got down to (floor) 16, Tower Two got hit. We all heard that and we felt it. And then the whole demeanor in the stairwell change dramatically, everybody knew this wasn't something small something really bad was happening.

So everybody just, it was like silence now we just made our way down. And we got down to (floor) 12. The fire department was coming up. And they were shouting from below for everybody to get off the stairs. I remember just kind of pulling myself in against the guy next to me leaning into the stair railing while the fire department made their way up. I remember, looking at them because they were young, they were my age and they were carrying all their gear and their eyes were, you know this big, and they knew how bad it was. We didn't. And I never knew if they ever made it out.

Reporter: You eventually made it out. What did you see next?

Fineo: I remember looking out into the courtyard between the towers and it looked like a war zone. That's the only way to describe it. There were big pockets of fire, there were victims, it was unrecognizable.

I heard this terrifying sound--something crashing, and I just remember a woman who was near me screaming, ‘ that was a body, that was a body’ and somebody obviously had jumped and they had fallen through this glass overhang. My mind couldn't believe what my eyes were seeing.

I just remember looking up at the two towers really for the first time taking it all in, seeing smoke billowing out of both of them, and just seeing people in windows. Just helpless victims just waving and, you know, the worst was just seeing people jump. Honestly can't say one was worse than the other, but seeing two people holding hands jumping together. Just things we're not supposed to see.

Reporter: What was it like to reunite with family?

Fineo: I realized I hadn't talked to my wife yet. When I finally did, it was very emotional. We could barely talk. I just told her I was okay and where I was. The following morning, I can't describe what a euphoric feeling that buzz, to see my kids.

Fineo: Well, early on, not well. I was honestly a big drinker. I used to see a doctor back then because I was having a very hard time dealing with my emotions, and I would tell him what my colleagues and I would do, and he said, ‘you know, you guys are self-medicating.’ We'd either laugh or cry or share the same stories over and over and, as, as bad as that may sound it really was kind of therapeutic.

Reporter: Why is it important for you to share this story?

Fineo: I've shared my story a number of times. I found out over the years that when people have heard my story, it helps them more personally connect to the events of that day. So if hearing my story helps anybody in any way, I'm too pleased and honored to share it. It's always been a very honorable feeling for me. Like I said before, it's just something that I feel is important for me to do to honor those that I knew didn't make it home that day.

I really want to keep the message, particularly for those that are were too young to remember or too young to know anything about it, because it is real and it is personal and it was life-changing.