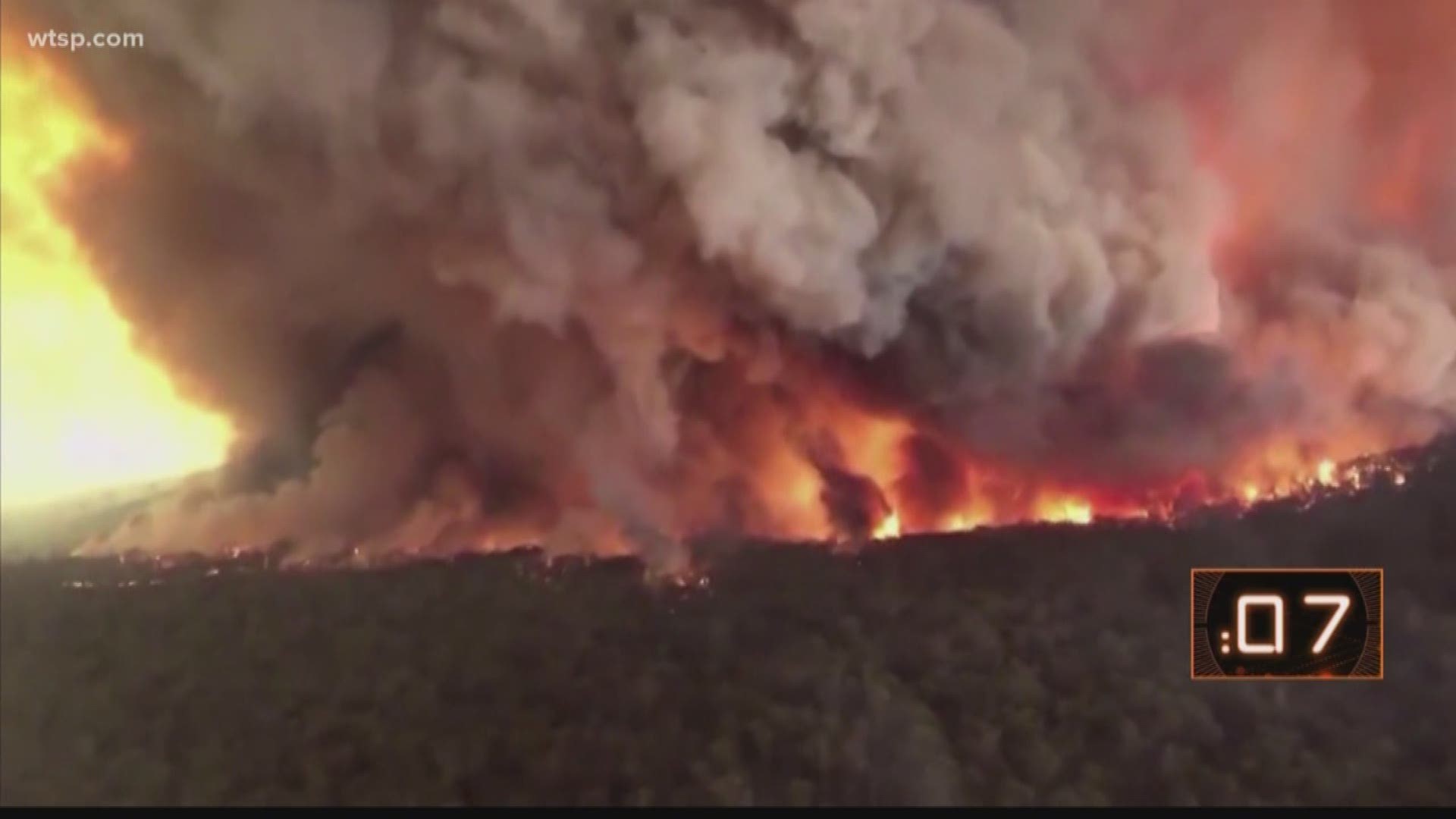 A man who recently lost his family home in the Australian bushfires may be feeling lucky again after a big lottery win, reports 9News Australia.

The Queensland man said his home burned last year in the fires that continue to ravage the country.

He tells 9News he used his wife's lucky numbers for the Gold Lotto drawing on Wednesday. He hit the jackpot $1 million (Australian) win. In American money that comes out to about $700,000.

"This really has come at the most incredible time," he told 9News. "All that was left of the home was a few charred teacups."

The man, who told the news he did not have insurance on his home, chose to remain anonymous.

The fires have destroyed numerous homes and have killed at least two dozen people and more than half a billion animals, according to multiple reports.

(AP) — Doug Schutz started volunteering with the Rural Fire Service in Australia's New South Wales state some 53 years ago, at the age of 13.

Now captain of the Tomerong brigade, he’s also been the victim of a wildfire, which burned down his business on Christmas Day in 2001.

Schutz is part of an army of 72,000 people from across the state who make up the world’s largest volunteer fire service.

They have been at the forefront of fighting Australia’s devastating wildfires, which have killed at least 26 people.

People from other countries who are used to relying on professional fire services find the Australian volunteer model hard to understand, but Schutz says it’s how they like it.